One reality that we confront just about daily, as a Michigan driver’s license restoration practice, is that plenty of the people who become our clients have previously tried to win their license back, without a lawyer, and then lost. I deal with the fallout from unsuccessful DIY cases almost every day. Whatever else, these people didn’t lose because things were done right. In this article, I want to explain a few things about some of the potential pitfalls that a person, and even a lawyer without considerable experience in this field, may encounter in trying a license appeal. 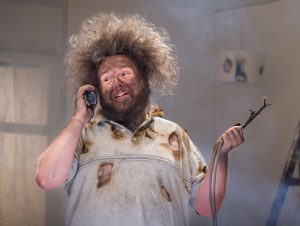 Although I don’t think it’s a good idea to wing it in this kind of endeavor on your own, I want to be perfectly clear, up front, that, for the most part, anyone interested in trying a “do-it-yourself” license restoration or clearance case should give it a shot. In other words, I’m not using this article as any kind of scare tactic to frighten someone out of attempting it. On the contrary, I believe that if you want to give this a try, then by all means, go for it. Then, call me later.

The simple truth is that it’s far easier for me to speak with someone who has previously tried on his or her own and lost, than it is for me to waste my time trying to convince him or her not to do so in the first place. The reason is simple; after someone tries and loses, they’ll have a much better appreciation for the depth of what they don’t understand about the process. This becomes clear as people read the order denying their case and get a real sense of things, like how important the evidence is, and that there is far more to winning these cases than they had ever thought.

I have often described the license appeal process as being governed by “a million little rules,” and, in a very real sense, it is. Although there is one main rule (Rule 13), how it is interpreted and applied by the Michigan Secretary of State is where those “million little rules” become important. In the real world, very few lawyers have any kind of grasp of this. Unfortunately, too many don’t know what they don’t know, and market themselves as doing license appeals within a far broader range of practice areas.

License restoration and clearance cases aren’t the kind of things a lawyer can “do,” with any kind of consistent success, every once in a while. The Secretary of State is always changing and updating its procedures, and the rules are always “evolving.” For example, having a medical marijuana card used to be a complete obstacle to winning a driver’s license restoration case. While it’s hardly the case that the pendulum has swung the other way, that hard and fast prohibition of a few years ago has evolved to the point where there are some (albeit very few) cases where it is now allowed.

Because I handle so many of these cases (well over 200 per year), I guarantee to win every first time license restoration or clearance case that I take. I do that because I have my finger on the pulse of the process. I can explain how things are different now than they were a year ago, and how that’s different still than it was 10 years before that.

There is no corollary to this for someone trying it on their own. The only guarantee for such a person is that, in addition to any and everything else, he or she is going to need to be lucky, as well. If someone handling a license appeal, whether it’s a lawyer or a person doing it on his or her own, can’t articulate the 2 main legal issues that must be proven in every case, then how in the heck will he or she know how to line up the evidence to address them?

For most people taking a shot at this, the process begins with getting a substance use evaluation (often, but incorrectly, called a “substance abuse evaluation”). As I have noted in numerous of my prior articles, after nearly 30 years, I have only found a small handful of evaluators capable of doing these properly. However – and this is important – in the process of meeting with countless do-it-yourselfers who have lost and then hire me to win their license back the next time, I have read hundreds and hundreds of evaluations done by counselors other than those within the small group that I use.

Almost none of them were good enough that I’d use them. In fact – and this is ANOTHER important point – it was from that mass of lost DIY appeals that I found 2 evaluations that really stood out, and in turn, added the names of those evaluators to the handful that I will use (I have 1 primary evaluator who does the evaluations in about 99% of my cases). In other words, out of all the evaluations that I have read (and we’re talking hundreds upon hundreds), I only spotted 2 evaluators who I thought good enough to use myself.

That’s not to say that some of the other evaluators don’t have potential, or that they all did a bad job (they didn’t) but at this point, I need to work with those people who already have the experience and skill to get this right without having to be trained further. And nobody winging a DIY appeal is in a position to explain the legalities of license appeals to the evaluator.

This doesn’t bode well for someone doing it themselves.

It’s the same for the letters of support. There is a LOT to the letters, but the most common problem I see is that, until they’re properly edited, is they are mostly what a colleague of mine has labeled “good guy letters,” meaning that they focus on the good character of the person they’re about, and how much he or she needs a license, and/or how tough it’s been for him or her without one.

None of that matters one bit in a license appeal.

In fact, a letter of support could state that the person is the meanest, most selfish deadbeat around, but if is provides appropriate testimonial evidence of his or her sobriety, then it’s a good letter, even though the subject about whom it is written may not be a good person.

The evidence, including the evaluation and letters of support, is filed with the Secretary of State in order to have a hearing scheduled. While it is true that those who live out of state can skip the hearing by filing what’s called an “administrative review,” it is also true that 3 out of every 4 of these are denied, so they are losing propositions in the truest sense of the word. In a recent article, I made clear that holding a hearing is the proper way to win a clearance, and that not having one is a huge mistake.

That, of course, is another reason why it’s foolish for someone who lives out of state to try an appeal-by-mail, because he or she won’t be there to answer ANY of those questions.

It is imperative that a person be thoroughly prepared for the hearing, and that he prep session of each case focuses on the specific questions the hearing officer who will be deciding it will ask.

For example, if Sober Sam attends AA as part of his recovery, one hearing officer may ask him to repeat a few of the steps, another will ask which if the steps are most important to him, and a third won’t ask anything about the program at all. By contrast, if Sam doesn’t attend AA, one hearing officer may ask why not, while the rest may not ask anything at all about that, but focus, instead, on whatever counseling he did (or didn’t) do.

The idea, of course, is to be prepared to win. I guarantee to win every case I take, so I make sure every case I handle is done right, and that my client has, in fact, been thoroughly prepared for the hearing.

Of course, the person going in alone gets none of this. Here’s where the old saying “ignorance is bliss” really applies. Anyone trying the DIY license appeal really is “flying blind.” That’s not the way to approach something as important as winning your license appeal. However, there are those who will want to try, whether it’s because of cost, or for some other reason. As I said before, if that’s your inclination, then go for it.

The big risk of doing it yourself isn’t losing; in fact, that’s a rather likely outcome. Instead, the thing to worry about most is screwing up the case in a way that’s hard to fix the next time around. In all honestly, although that does happen from time to time, it’s doesn’t happen often enough for me to make a big deal out of it. It would, of course, be easy for me to make that seem like it’s a big reason to avoid the do-it-yourself appeal, but I seldom encounter a DIY case that’s been botched so bad I can’t repair the damage next time, when I handle it.

Still, for anyone interested in actually getting back on the road, rather than trying to learn from his or her mistakes, it’s best to skip the do-it-yourself approach and hire a real driver’s license restoration lawyer. In my case, you’ll only pay me once to get back on the road, guaranteed.

If you need to win back your Michigan license, or need to obtain the clearance of a Michigan hold on your driving record, and are looking to hire a lawyer, I can do that for you and guarantee the results. Of course, you should be a smart consumer and do your homework. Read around and see what other lawyers have written. Then, start checking around. All of my consultations are confidential and done over the phone, right when you call.