As the Michigan driver’s license restoration lawyer who puts out the most information about license appeals, I try to examine every aspect of the process within the more than 500 articles on this subject I have published to date. There is, however, one theme I must return to regularly, and it will be the point of this article – the fact that you must have given up drinking in order to be able to win a Michigan driver’s license restoration or clearance case. Being sober is the absolute key to filing a license appeal that has any chance of success. 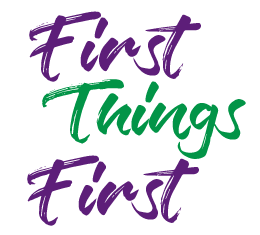 In my numerous articles, I try to come at this subject from a slightly different angle each time. This time, I want my take to be “brief,” as in “short.” The bottom line in a Michigan driver’s license restoration and clearance appeals is that they are all about proving you have quit drinking for good. Of course, license appeals are complicated, but unless a person can prove that he or she has been alcohol-free for a sufficient period of time, and also has the commitment to remain alcohol-free for good, NOTHING ELSE MATTERS.

Indeed, the whole reason I have to bring this topic back to center-stage so often is that most people overlook this simple fact, and focus, instead, on how much they need a license, or how long they’ve gone without one. As one of the Michigan Secretary of State hearing officers puts it, “everybody needs a license.” That, however, has absolutely nothing to do with being able to win it back. No matter what a person’s circumstances, the laser-sharp focus of the state is going to zero in on when he or she last consumed alcohol (we prefer a minimum of 18 months’ abstinence to file a case) and his or her intention to never drink again.

Without that kind of sobriety as a foundation, NOTHING ELSE MATTERS.

Even so, lots of people miss this point and think otherwise. Here’s what I mean:

As driver’s license restoration lawyers, we are contacted by loads of people every week. The things that we hear all the time are the “how” and “they” questions, like: “how do they expect me to keep my job?”, “how am I supposed to do all this stuff without a license?”, “don’t they think I’ve been punished enough?” and so on.

The Michigan Secretary of State, for its part, doesn’t expect or think or feel anything. It is simply black-letter law that once a person racks up multiple DUI’s, he or she is legally categorized as a “habitual alcohol offender.” As a result, the person is presumed to have an alcohol problem, and his or her license is revoked, meaning taken away for good. It’s here that most people lose the thread…

State law essentially acts as a line in the sand: once a person has been convicted of multiple DUI’s (either 2 within 7 years, or 3 within 10 years), he or she is considered too much of a risk to be allowed back on the road unless and until they can show that have quit drinking and that they’ll never drink again.

It is beyond argument that people who don’t drink are exactly zero risk to drink and drive.

The way the law works is that one of the costs of being a multiple offense drunk driver is that you won’t ever get your license back until you can prove that you have given up alcohol for good. It’s that simple.

As I said before, NOTHING ELSE MATTERS.

In fact, the Secretary of State will not consider granting a license appeal for anyone who so much as even thinks they can ever drink again.

The state knows that one of the hallmarks of a drinking problem is denial. Lots of people who have some kind of problematic relationship to alcohol are either in denial about it, or are trying some scheme or other to control, limit or manage their drinking.

The law is written so that the state will NEVER take a chance on someone struggling with this, or who tries to argue that they no longer drink like they used to, or that they only drink once in a while, or only at home, or only when someone else is driving.

First of all, that stuff never works. Think about it: if you’ve gotten popped at least twice for DUI’s, and the first thing you want to argue about is that you should still be able to drink, what does that say? There’s an old therapist’s saying that holds “anything that causes a problem is a problem.”

When you rack up multiple DUI’s and lose your driver’s license as a result, drinking has clearly become some kind of problem.

It’s a crude comparison, but the cost of being a convicted sex offender is that you can never work in a school. The law simply eliminates taking any chances by automatically disqualifying anyone with these kinds of convictions from ever being eligible for employment in a school system.

The DUI and driver’s license restoration laws aren’t nearly as harsh: they afford an absolute path back to driving again legally, but it requires that the person to have quit drinking for good. At some point, a person for whom alcohol has caused enough problems to result in 2 or more DUI’s and the loss of their driver’s license is going to have to set his or her priorities and figure out where drinking (or not drinking anymore) fits into that.

Because sobriety is a pre-condition to ever being able to drive again legally, then in a very real way, part of the analysis is the question: what’s more important – drinking, or driving?

It’s at this point that people will either get it, or not. For those that do get it, then going on about this subject anymore is like beating a dead horse, while for those who don’t get it, it’s like talking to a wall.

When it comes to drinking, nobody knows what message might or will ultimately stick in a person’s head and help tilt his or her decisional balance to the “quitting” side. One thing experience teaches, though, is that pleading and preaching and yelling don’t work. Nor, for that matter, do appeals to logic. When someone eventually does quit drinking, they’re usually the last person to see what has been obvious to everyone else for some time.

Thus, part of the reason I write these articles is in the hope that maybe, just maybe, within them, somebody might pick up a word, or a thought, that, at some point, might make them stop and take stock of themselves and make a life-changing decision to simply quit drinking, and I don’t say this out of ego. Let me explain:

Some years ago, I met with a guy for his license appeal. As we went over his drinking history, we got to the part where I asked him why he quit.

To my uncomfortable surprise, he looked at me and said “you.”

Eeeesh. I felt really weirded out at that moment. He must have sensed that, because he quickly continued and explained that it wasn’t me, exactly, but my office. He told me that he had called us some years before about getting his license back, and he had spoken with Ann, our senior assistant. When she started asking him about sobriety, he said that he got impatient, and mad, and wound up hanging up on her.

At that point, obviously, he was still drinking.

As time went on and he continued to drink, but not drive, he began to reflect on whatever he and Ann had talked about, and, as he related it to me, there came a point when he got to thinking that there he was, unable to drive because of his drinking, having been turned away, as a potential paying client, no less, by some driver’s license restoration attorney’s office (mine), trying to convince himself that it was everybody else who had it all wrong, and his drinking wasn’t really the big problem in his life.

In other words, he just couldn’t fool himself anymore that the world was conspiring against him, and that even though all of his problems had been the result of drinking, he could still somehow find a way to control it. In fact, there’s a good AA saying about this: “I didn’t get in trouble every time I drank, but every time I got in trouble, I had been drinking.”

It was then that he had that epiphany – that flash of insight – and he could no longer deny that the only way forward was without alcohol.

As a side note, one of the most profound insights ever shared with me came from a client who pointed out that the moment a person has to even think about controlling, managing, or limiting his or her drinking, it means something is out of whack. Normal drinkers don’t have to think that way. A normal drinker never has to make plans to go out and have a drink or two, while in the back of his or her head, worries that he or she will wind up having more like nine or ten.

A normal drinker will go out to have a drink or two, and actually just have a drink or two. Or maybe three, but not eight, or nine, or ten. And if that ever does happen, it’s a one-off, and not something that he or she ever has to consciously think about.

However and whenever this flash of self-awareness happens, though, the thing is, in order for a person to win a license appeal, it has to have already happened. As I said before, the goal of a license appeal proceeding is to make sure that only those people who have been alcohol-free for a “sufficient” period of time, and who also have the commitment to never drink again, are allowed back on the road.

No matter how you cut it, sobriety is the one thing you need to win your license back. Without it, you’re out of the race. However, if you have honestly quit drinking, then you’ve got the foundation on which a successful license appeal can be built. As driver’s license restoration lawyers, we can work around pretty much everything else.

If you are looking for a lawyer to either win back your Michigan license, or obtain the clearance of a Michigan hold on your driving record you so can get a license in another state, do your homework. Read around. Read how other lawyers explain the license appeal process, and how they explain themselves.

When you’ve done enough of that, start checking around. Our office can handle any Michigan license appeal, no matter where you live. My team and I are very friendly people who will be glad to explain things and answer your questions and explain things. All of our consultations are free, confidential, and done over the phone, right when you call. It’s always best to give us a ring when you have time to speak.