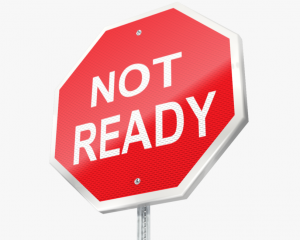 For all the explanation necessary to clarify this, the fault really lies within the law itself. As written, the Michigan Secretary of State’s rules allow a person to file a license appeal after either a 1 or 5 year revocation. A revocation is either for 1 year, after 2 DUI’s within 7 years, or for 5 years, after 3 DUI’s within 10 years. The rules also require a minimum of 1 year of abstinence from alcohol (and/or drugs), and allow the hearing officer to require an even longer period of “clean time” before issuing a license.

In the real world, NOBODY can win a license appeal with only 1 year of sobriety. In fact, only an exceptional and rare candidate that has any chance of winning a driver’s license reinstatement case with less than 2 years of demonstrable voluntary abstinence from alcohol. This truth is essentially left out of the written rules, and that omission works against anyone who doesn’t know better and plows ahead by filing a driver’s license restoration or clearance appeal too soon.

There’s more: although it’s not in the written rules, it is nearly impossible for a person to be able to win a driver’s license restoration or clearance case if he or she is still on probation (or parole). To the Secretary of State, anyone on probation or parole is considered to be “living in a controlled environment” in the sense that they are forbidden from consuming alcohol or using drugs, and are subject to punishment (including jail) if they’re caught doing so in violation of a probation order.

This means that while he or she is on probation, and even if they didn’t drink, a person can’t really prove that his or her abstinence from alcohol during that time is/was completely voluntary. In other words, the Secretary of State will never really know if the person simply didn’t drink because they’d get locked up if they got caught doing so, rather than because they had genuinely decided to quit for themselves.

Experience shows that lots of people remain abstinent, or at least largely abstinent, while on probation, and then go right back to drinking when they’re no longer under any requirement to refrain and the threat of jail is gone.

Here’s another important point: most people convicted of a 2nd offense DUI get way more than just a single year of probation.

However – and this is the kicker – NOBODY gets less than a year of probation.

The upshot is that since the state wants a person to demonstrate a period of voluntary abstinence, even if somebody did get lucky and was only given a year’s probation for his or her 2nd DUI, he or she won’t have enough voluntary abstinence following their 1-year revocation to have any chance of winning a license appeal because they’ll either still be on probation, or only recently released from it.

In order to be able to win a license appeal, a person will have to wait and rack up some demonstrably voluntary clean time after probation ends.

In our office, we generally require our clients to have a MINIMUM of 18 months of sobriety, with at least some of that accumulating after their release from probation. Sometimes, we want more than just 18 months before we’ll file a license reinstatement case.

How much abstinence does a person need? That depends on his or her prior record.

When you think about it, it makes sense that someone with only 2 DUI’s will need less clean time than someone who has racked up 6 or more DUI’s. Knowing what’s enough, and, more importantly, what’s not enough, is where the analysis of an experienced driver’s license restoration lawyer can make the difference between winning your case or not.

My team and I are confident enough in our ability to evaluate such things that we guarantee to win every first time driver’s license restoration and clearance case we take.

At it’s most basic, the reader should understand that we’re in business to make money, and we don’t make any by not taking cases. However, because of our guarantee, we won’t move forward too soon with a case that isn’t ready, either.

This is worth pointing out when people get frustrated at the way things work. We have to remind some callers that we don’t make any money by talking to them and NOT taking their case at the moment.

It costs a lot of money to maintain a fully staffed office along with our website and this blog. We have every financial incentive to take a viable case, but our guarantee is a safeguard for the client and a reminder to us not to take one that isn’t ready.

For the client, it prevents him or her from losing, and for us, it prevents us from forging ahead too soon so that we wind up having to do everything all over again for free, as “warranty work.”

Our guarantee matters, and it protects both sides.

Many of our clients are people who have previously tried a “do-it-yourself” license appeal, or hired some lawyer who didn’t concentrate in this field (and didn’t guarantee his or her work, either) and then lost.

One of the more common reasons for these unsuccessful prior appeals is that they filed too early – either while still on probation, or without enough voluntary abstinence to their credit.

Of course, a person is free to move forward at any time he or she is legally able, but rather than waste too much time trying to talk someone out of going ahead prematurely, we’ll simply give them the facts and, if they decide to go ahead anyway, we’ll also remind them that we’ll be here next year and suggest they give us a call when they’re ready to do things right.

Not having enough sober time, or not having enough demonstrably voluntary abstinence because one has not been off of probation or parole long enough, are among the most common reasons that someone who is legally eligible to file a license appeal is also nowhere near able to win, but there are other reasons people aren’t ready, as well.

This is why speaking with someone who does this everyday and knows the “million little rules” involved in these cases is important.

From our perspective, the state has entirely dropped the ball in making the whole issue of “eligibility” clear. If that’s not bad enough, all those “pre-doomed” cases clog up the system and delay things for people who actually do have a chance to win to ever get their cases heard.

As much as we wish things were different, it is what it is, and we just have to work around it.

If you’re looking for a lawyer to help get our license back, know that our office is always available to help evaluate you situation in that regard. Our consultations are free, confidential, and done over the phone, right when you call. My team and I are very friendly people who will be glad to answer your questions and explain things.