My team and I know, from our experience as Michigan driver’s license restoration lawyers, that few things can compare to the absolute joy of winning back the ability to legally drive again. Fortunately, because our practice concentrates in restoration and clearance cases, and we handle over 200 license appeals per year, we get to share in and enjoy these moments almost every day. By and large, lawyers concentrate on fixing legal problems, and although most people are grateful for having a case cleared up, few things feel as good as finally winning back your driver’s license. 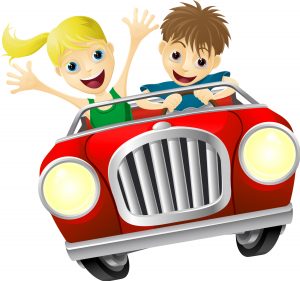 There is no other area of law where a lawyer gets a chance to represent someone who is on the same kind of upswing in his or her life as the typical driver’s license restoration client. Most often, in a license appeal case, our client is someone who came to the hard-won realization that he or she needed to quit drinking, and then not only did that, but also made the changes necessary to remain sober thereafter. By the time anyone who has had his or her license revoked for multiple DUI’s finally wins it back, it’s like putting the last piece of the puzzle of life back into place.

When someone wins (or, one could say earns) back the privilege to drive, it feels good. So good, in fact, that I’ve had lots of people, including some very big and tough guys, cry on the spot, because they realized that life had finally come full circle for them. Suddenly, all the talk about recovery and sobriety and all the promises that things will get better came true. Yet for as great as this is, it really is kind of like the proverbial “cherry on top,” because at the point where a sober person does win his or her license back, their life has usually improved in countless other ways, as well. Let me explain…

To begin a Michigan driver’s license restoration or clearance case, a person must first be eligible to file a formal license appeal with the Michigan Secretary of State Office of Hearings and Administrative Oversight (OHAO). That’s simply a matter of time, and nothing else.

To win the case, however, the person must prove, by what the law defines as “clear and convincing evidence,” the following 2 things:

First, that his or her alcohol problem is “under control.” This requires satisfying the hearing officer that he or she has been completely alcohol-free for a legally sufficient period of time. In our office, we generally require anyone to have been alcohol-free (and drug and marijuana-free, as well) for least 18 months before we’ll file a case, and

Second, that his or her alcohol problem is “likely to remain under control.” Essentially, this requires that a person demonstrate that he or she has both the ability and commitment to remain completely abstinent from alcohol (and drugs, including marijuana) for life. Put another way, a person must show that he or she is a safe bet to never drink, or use drugs (including marijuana) again.  Ever.

What this means in practice is that a person must show that he or she had not only embraced sobriety initially, but also continues to do so by living a sober lifestyle, as well. The state is looking for real sobriety, and getting sober – genuinely sober – is something a person does for him or her self, not for anyone else, and certainly not for any external reason.

Over the course of 30-plus years, my team and I have heard many people talk about quitting drinking to try and win their license back, but that gets it all wrong, misses the point, and has everything backwards.

A person wins his or her license back because he or she quit drinking and has honestly become sober, rather than just having quit drinking to win a license appeal.

The process of getting sober always begins when a person finally gets fed up with the problems caused by his or her drinking. It usually takes a lot of time for a person to get there, especially because most are NOT daily drinkers, and fall far short of any conventional notion of what it means to be an “alcoholic.”

Most people, however, never get that bad, and it takes a while for them to come to grips with the idea that even if they are just a binge drinker, or some kind of “weekend warrior,” and even if most of the time that they do drink, nothing bad happens, the fact that they have racked up multiple DUI’s and lost their license as a result is a problem in and of itself.

Years ago, I was discussing a case with a substance abuse counselor who said something I’ll never forget, and her phrase sums this up better than anything I’ve ever heard:

“Anything that causes a problem IS a problem.”

When the fallout from a person’s drinking creates problems (and not having a driver’s license as the result of multiple DUI’s is certainly a problem), then it IS a problem.

What most people get stuck on is some misplaced idea that when they do drink, they rarely get into trouble, or that they otherwise don’t drink that often.

That thinking belies the simple reality that, by causing a problem (i.e., the loss of one’s driver’s license as a result of 2 or more DUI’s), drinking itself IS a problem.

• Imagine Dan the Drinker consumes alcohol anywhere from 2 to 4 times per week. He’s a pretty social guy, and often golfs or plays softball, or hangs out with his friends on the weekends.

Dan got his first DUI in July of 2012, and his second in May of 2019. If we average his alcohol consumption out to 3 times per week over that time period, his DUI to drinking ratio looks like this:

As a percentage, Dan’s drinking to DUI ratio is 0.2

• Next, imagine Seldom Sipping Sally, who drinks one to three times per month. We’ll further assume that her DUI record is identical to Dan’s: her first was in July 2012, and her second was in May of 2019.

If we average her alcohol consumption to 2 times per month over that same period, her drinking ratio looks like this:

As a percentage, Sally’s drinking to DUI ratio is 1.19

Now, Dan will undoubtedly say that he rarely gets in trouble when he drinks, while Sally will say she rarely drinks, even though her DUI rate is 6 times HIGHER than Dan’s!

And in each case, and even though though Dan’s and Sally’s drinking behavior is very different, we can clearly see the simple truth of the statement that “Whatever causes a problem IS a problem.”

Sober people just “get” this, at least in the sense that they have figured out that alcohol can no longer have any place in their lives.

Without exception, when someone quits drinking – for real – he or she begins to earn back the trust and respect of the people who matter to them.

They’ll finish an outstanding college degree, get a higher paying job, or start doing better at the one they have, and usually get recognized for it.

They take up new hobbies, or rediscover old ones they let go.

They re-engage in life and ditch the fair-weather, drinking friends.

They stop going to places and doing things that revolve around drinking, and they feel better and are much happier for it.

Sober people rebuild their lives and develop a sense of serenity that few others will ever know. And for most, the final act in this play is regaining -by earning back – the privilege to drive.

It’s here, where all that hard work, humility and everything else comes together, that winning their license back can trigger feelings of gratitude that sends tears of joy running down their cheeks.

Luckily, my team and I get to be part of this, and we love it.

Not to be flippant about it, but sharing in those moments seems a million times better for us, as Michigan driver’s license restoration attorneys, than being a criminal trail lawyer and waving goodbye to some murderer client who’s being carted off to serve life in prison, or being a divorce attorney walking out of the courtroom with someone who has just ended their marriage.

Best of all, this is more than just talk. Our firm guarantees to win every driver’s license restoration license and clearance case we take, so this article is about what we experience every day, and not about how we hope things will turn out. Our guarantee means there is no risk; if we take your case, you’ll only pay us once, and you will get back on the road.

That alone is a reason to celebrate.

If you’re looking for a lawyer to win back your Michigan driver’s license or obtain the clearance of a Michigan hold on your driving record so that you can get a license in another state, be a wise consumer, do your homework, and read around. Read how other lawyers explain the license appeal process, and how they explain their various approaches to it.

When you’ve done enough of that, start checking around. You can learn a lot by talking to live person.

Our firm can handle your case no matter where you live. My team and I are very friendly people who will be glad to answer your questions, explain things, and even compare notes with anything some other lawyer has told you.