This will be a short and simple article about the absolute key to winning a Michigan driver’s license restoration or clearance case. For all the issues involved in getting your license back, the one thing that you must have, and be able to prove, in every case, is that you have quit drinking for good. Despite the lengths I go to make this clear on my site and in these blog articles, some people miss the point, and mistakenly think that just being committed to not drinking and driving again is enough to win a license appeal. It’s not. 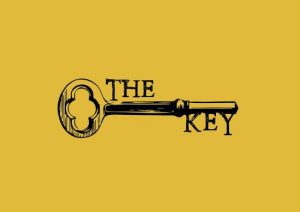 Rather than build up to the big explanation, let me clarify things now, and we’ll get into the details later: The entire point of a driver’s license restoration or clearance appeal to the Michigan Secretary of State is for you to prove that you have quit drinking for a sufficient period of time, and have the ability to remain alcohol-free for good. In other words, you have to show that you had enough of drinking, decided to quit, and intend to “stay quit” for good.

Doing this first requires accepting that your drinking had become a problem. Anyone who even hesitates on this point is not ready to start a license restoration or clearance case. Nobody quits drinking because it’s working out so well. For some people, a 2nd DUI is more than enough reason to quit, while others continue imbibing, despite the problems caused by their relationship to alcohol. There are also many unfortunate people who lose everything to their drinking.

Those who do manage to stop, whenever that occurs, are the lucky ones, because most people who have a drinking problem are never able to fix it. This is the context within which license appeals are decided.

Given the clinical reality that the overwhelming majority of alcoholics do not achieve and maintain long-term sobriety (“sobriety” being defined as 5 or more consecutive years of abstinence, and the term “alcoholic” rather loosely used to mean someone with a real drinking problem), the license appeal process is really about finding these lucky few and screening them out from the rest.

Proving that you haven’t had a drink for a given period of time is the easy part; it’s showing that you have the commitment and the tools to remain sober for the rest of your life that requires the most effort. This is where I come in, because when I take a case, I guarantee to win it.

The catch, however, is that you must be genuinely sober. That’s a non-negotiable starting point.

And it is the main point of all this, as I noted at the outset. The main rule (Rule 13) governing driver’s license restoration and clearance appeals requires that a person prove to a hearing officer from the Michigan Secretary of State’s Administrative Hearing Section (AHS), by “clear and convincing evidence,” that his or her alcohol problem is “under control,” meaning that he or she has not consumed any alcohol for a specific period of time, and that it is “likely to remain under control,” meaning that the person is a safe be to never drink again.  This is the real meat and potatoes of reinstating a revoked driver’s license after 2 or more alcohol-related traffic convictions.

Nothing in the rules takes into account how much a person does or doesn’t need a license.

In fact, you don’t need a license to be eligible to win it back. This is important, because “needing” a license has nothing to do with being able to win it back. I may sound like a broken record, but the crux of the entire license reinstatement process is to prove that you have been and will remain alcohol-free.

Let me use 2 rather extreme examples to illustrate my point:

For our first example, assume Linda is a single mom who lost her license for 2 DUI’s about 6 months ago. Linda has a severely ill 12 year-old child who needs regular medical treatment several times a week just to stay alive. Linda has no one to help her with this, so her ability to drive is a matter of life-and-death importance to her.

Under the law, however, her “need” for a license is not a consideration whatsoever. Until Linda’s period of revocation has passed AND she can prove what’s required under the law (problem under control and likely to remain under control) she cannot win her license back,

For our second example, imagine that Fred is retired and lives in a senior community. He has no “need” to drive at all, but would just like to get out on his own once in a while. Fred has been sober for years.

In contrast to Linda, Fred can get his license back simply because he meets the criteria to do so. It doesn’t matter that he doesn’t “need” it, and just wants to drive around for fun.

The state has determined that the needs of the public – specifically, the need to be safe from repeat DUI offenders – outweighs every other consideration. It’s a matter of public interest and safety. Under Michigan’s habitual alcohol offender laws, a person is seen as just too risky to be allowed to drive once he or she accumulates 2 DUI’s within 7 years (or 3 within 10 years).

Going forward, such a person will continue to be seen as an unacceptable risk to allow on the road if he or she has ANY relationship to alcohol whatsoever. Under Michigan law, there is a presumption that anyone who has had his or her license revoked for multiple DUI’s does, in fact, have a drinking problem.

Accordingly, the proverbial “line in the sand” has been drawn by the state, and only those people who can prove they have quit drinking and are likely to never drink again will have their driving privileges returned.

Yet people make it complicated. They get all caught up by how much they need a license, or how long it’s been since they’ve had one, or how long they’ve gone without getting into trouble, or how they’d have better opportunities if they had one.

None of that matters when it comes to winning a license appeal case.

The state, by direction of the law, is ONLY interested in when you last drank and how committed you are to never drinking again. If there is any reasonable concern that, at ANY point in the future (like at a wedding 10 years down the road), you might pick up a drink, it’s game over.

What a lot of people don’t fully grasp is that the intended effect of the law is to only give licenses back to a small minority of people. As I noted before, the success rate for people to remain alcohol-free for at least 5 years is really low. It gets even smaller when you’r talking about decades.

The Secretary of State has it sights set on lifetime sobriety.

Most people who rack up multiple DUI’s will not accumulate 5 or more years of consecutive abstinence, much less be able to prove themselves good candidates to stay sober for life.

The person who will live an alcohol-free life has no room to contemplate ever drinking again. The 2 things just don’t go together.

Most people who have a drinking problem don’t get over it. That’s just a cold, hard, fact. This means, by extension, that most people who lose their license due to multiple drunk driving convictions will never quit drinking for good.

The point of the license appeal process is to separate that minority of people who have a “lightbulb moment,” realize their drinking has become a problem, and then quit for good, from the majority of people who, despite all the negative consequences that drinking has caused in their lives (including not having a license,) will keep messing around with alcohol to some extent or other.

Thankfully those numbers basically get flipped on their head when I represent someone, because I guarantee to win every case I take, and will therefore only take a case for someone is genuinely sober. In other words, my client base is that minority of people who really “get it.”

The key to my success, however, is to screen potential clients in order to ensure that they really have quit drinking and really are committed to sobriety.

Because of the sheer number of people who call my office, it is commonplace for us to speak to people interested in a license, but who also still drink. If, by talking to them, we can help tilt the scales in favor of them quitting, so that down the line, they can win their license back, then we’re happy to do that.

Sometimes, it’s just one little thing a person hears that can change their way of thinking, and, ultimately, change their life.

One thing is for sure: no one has ever been on their deathbed and wished they spent more of their life drinking. If you’re reading this because you don’t have a license due to multiple drunk driving convictions, you need to understand that, no matter how you cut it, alcohol has caused you problems, and as an old saying goes, “anything that causes a problem IS a problem.”

When all is said and done, I will only file a case for someone who has a sufficient amount of clean time and who can demonstrate, to my satisfaction (and, in turn, the state’s) that he or she is a safe bet to never drink again. As I said early on, for everything else that goes into a license appeal, the absolute key to success is genuine sobriety.

If you need to win back you Michigan driver’ license, or you need to win the clearance of a Michigan hold on your driving record, take your time as you look for a lawyer. Do your homework and read around. Then, check around. All of my consultations are confidential and done right over the phone, when you call in. We’re really friendly people who will be glad to answer your questions and explain things. You can reach my office Monday through Friday, from 8:30 a.m. until 5:00 p.m. (EST) at 586-465-1980. We’re here to help.