Within all the articles on this blog, the “voice” of the lawyer is one topic that is inherent in all of them, but never really addressed directly in any one of them. In this article, I want to zero in on the idea that every lawyer has a certain voice – a particular way of presenting things – and examine how important that is within the context of something like a criminal, DUI or driver’s license restoration case. 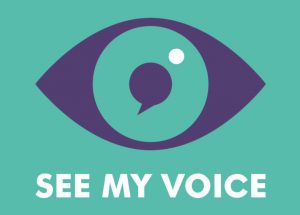 For everything we’re going to discuss, the bottom line is that you either hire a lawyer who is charismatic, persuasive and inspires confidence – or not. And why would anyone choose “or not?” In my own life, I much prefer to deal with someone who is genuine and interesting, rather than endure boring, politically correct blandness. In the role of lawyer, it’s far better if a person presents him or herself clearly, and with real “feeling.”

Being represented by a lawyer who stammers, stutters, or otherwise doesn’t speak exceptionally well is like being operated upon by a surgeon with a bad case of Parkinson’s disease. In courtrooms and hearing rooms, EVERYTHING depends on how well or not a lawyer communicates. No matter how you cut it, an attorney either sells the client’s case or not. Remember, the prize for not winning is losing. There is no way to sugar-coat this simple reality.

And while I’m on a roll, let me also observe that often enough, as I sit and listen to some attorney who doesn’t come across strong and clear, I wonder, “why in the heck would anyone hire that person?”

Why, indeed? While there are some really intelligent and skillful attorneys who earn their living by pushing papers in an office, for criminal lawyers, the ability to win a debate is their stock-in-trade. Here is a case where first impressions matter, particularly as a person looks around for a lawyer (and to be clear, anyone who needs to hire a lawyer should always check out his or her options). When you encounter a lawyer, you are either drawn to that person, or not.

Although I am focusing on how the lawyer communicates, this is also relevant to his or her appearance, as well. It’s never a good idea to hire a lawyer who looks like a slob.

Personally, I have a hard time getting past the fact that some lawyer is disheveled, needs a shave, a trim, or is wearing dumpy, wrinkled clothes. In a very real way, the “voice” of the lawyer is part of a larger package of how he or she presents. You will certainly never see anyone among the rich and famous being represented by some lawyer that doesn’t “look” like a lawyer.

Beyond looks, the reality is that a dud is a dud, and if you encounter one as you search for an attorney, it’s best if you just move on. There are plenty of professional-looking lawyers who can talk the spots off a leopard, and that’s precisely what you need when something important is at stake in your life. If this person doesn’t “charm” you, how is he or she going to “charm” the people who matter, like a Secretary of State hearing officer, Judge or prosecutor?

There is an old saying that cream always rises to the top. In the legal world, you’ll never find top-notch lawyers scrounging around in classified ads or otherwise playing the “reasonable fees” or “payment plans available” game.

However – and this is important – it is also true that there are loads of mediocre lawyers who charge fees WAY in excess of their skills and talent. This really leads right back to the idea that you, as the consumer, need to look for and then listen to the voice of the lawyer.

In other words, you have to be a smart consumer, and remind yourself to be just that.

You can, for example, get a very clear idea of a lawyer’s voice by reading what he or she has written. It’s much easier to do this when you can read current articles, like this, rather than trying to “hear” that voice from a website, but you can still get a sense of what someone is about from their site.

Many years ago, when I first launched my website, I made sure I wrote every word of the content. Updating that has become a work-in-progress for me, but, for better or worse, you can still “hear” me in it. Of course, having written nearly 1000 articles for this blog over the course of the last 10 years, I’m far more comfortable in writing conversationally now than I was back then, but the core way I communicate is still evident in everything I have put up since day one.

The point I’m getting at is that when a lawyer has a site, whatever voice you glean from reading the content is the voice of that person. Even in those cases where some lawyer lets the content be written by the website people (this is more common than you’d ever suspect), then it’s his or her lack of a clear voice that should be most prominent. You can spot these somewhat marginal operations who let non-lawyers write their stuff from a mile away, because they don’t provide real, useful information, nor do they really “talk” to the reader.

For my part, I talk pretty much the same way I write. I take it as a compliment (and I certainly hope it’s meant that way) when people tell me that, in person, I seem exactly like they thought I’d be, based upon my writings. If nothing else, at least I’m consistent.

What really matters, though, is how your case is presented to the prosecutor, the Judge, or the hearing officer. This matters at every stage of the proceedings. If you’re facing a criminal or DUI charge, then your lawyer needs to start selling your cause to the prosecutor.

Years ago, I remember sitting opposite a prosecutor as we discussed my client’s case, and down the hall came the booming voice of a now-retired lawyer whose personality could, at best, be described as “abrasive.”

I remember the prosecutor rolling her eyes, dreading the fact that she was going to have to deal with this guy. I immediately felt bad for this lawyer’s client, because he or she probably thought they had hired a real “fighter,” when in fact, all they got was a loudmouth. This was one of those cases where I wondered to myself, “why in the heck would anybody hire that guy?”

When dealing with a prosecutor, probation officer, Judge, or, in the case of a driver’s license restoration appeal, a hearing officer, the voice of the lawyer has to be flexible enough to fill different roles.

Think about it: as a parent, a person has to be calming, loving and reassuring, but also firm and clear about expectations and rules. A parent will use very different voices to comfort a kid crying over a skinned knee than he or she will when reprimanding a toddler about darting out into the street.

Similarly, a lawyer will have to use different voices, as well. In dealing with the prosecutor, he or she may play the role of salesperson in one case, while taking the position of a real fighter (and not just a blowhard) in another. There are also plenty of times when the lawyer needs to approach things with a more “diplomatic” tone. It’s really the same in the courtroom or a hearing room.

Any lawyer who has a “good” voice automatically knows how to adjust it to the situation.

Anyone looking for a lawyer should be able to pick all this up intuitively, and quickly. There is an old saying that “If you can’t dazzle them with your brilliance, baffle them with your bull$hit.” This can actually be useful in the search for legal representation because a good lawyer will not “dazzle” anyone with his or her brilliance; instead, a lawyer should be able to communicate clearly and break down even the most complex situation.

While a client may be impressed with how well a lawyer grasps his or her situation, that should be followed by a clear explanation of what can, should and will be done about it. There is simply no circumstance where the terms “baffle” or “bull$hit,” applied to a lawyer, bodes well for a client

This means you want to avoid BS, being baffled or being “dazzled.” You’re looking for someone who talks straight.

Like in so many of my other articles, this filters down to the same time-proven advice: be a smart consumer as you look for a lawyer. It is important to check out all of your options. Sure, it’s in a lawyer’s best financial interests that you check no further than his or her office, but that’s only good for him or her, and not for you.

For my part, I believe in making things easy, so I do all of my consultations over the phone, right when a person calls in. If I was looking for a lawyer, I’d hate the idea of having to trek to some lawyer’s office to “talk” about my case, knowing that his or her goal is to get me to sign up before I leave.

I don’t work that way, and instead, treat people the way I would want to be treated.

If you need to hire a lawyer for a Michigan driver’s license restoration or clearance appeal, no matter where in the world you live, we can help. If you need a lawyer for a criminal or a DUI charge pending anywhere in Oakland, Wayne or Macomb County, we can help with that, as well. My team and I are really friendly people who will be glad to answer your questions and explain things. You can reach us Monday through Friday, from 8:30 a.m. until 5:00 p.m. (EST), at 586-465-1980.