In a recent article, I pointed out that even after being advised about the law and how things work in Michigan DUI and driver’s license restoration cases, many people will try to explain why they should be on the receiving end of some kind of special exception, often responding by saying, “yeah, but…” I noted that, in our office, that phenomenon has become known as “yabut,” which is our homemade term used to describe somebody who, like when facing a DUI charge, wonders if there is some way for him or her to get out of what everyone else has to do. 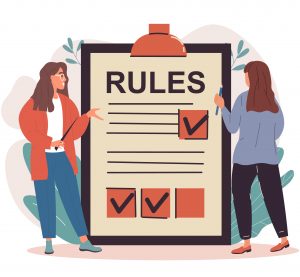 In the context of license restoration appeals, some “yabut” people just need help to understand that the rules regarding driver’s license appeals don’t have any flexibility to provide an exception based upon their individual circumstances. Most of them will ultimately accept what they’re told, even if somewhat begrudgingly. There is a rougher side, to this, however, and it’s something that, as Michigan driver’s license restoration lawyers, we hear from some people, who, even after being told how the law works, impatiently respond by saying, “That’s bull$hit!”

One thing my team and I have learned over the years is that the people who are so hell-bent on having things their own way are almost never candidates with any real chance win a license appeal case in the first place. The key requirement to win a license appeal is proving one’s sobriety, and sober people have a certain calm and humility about them that can’t be missed. By contrast, the kind of attitude that compels a person to bark out something like “this is bull$hit” to someone trying to explain things to them is very much the opposite of how sober people think and act.

Thus, and in a real way, we’re grateful for those outbursts, because it’s a strong clue that a person is almost certainly not sober.

That said, there is often an honest element of frustration to the whole license appeal process for everyone that has to go through it, including those who are completely sober.

Here’s a real-life analogy that helps explain what I mean:

Quite literally, as I write this, my wife and I are refinancing our home to get a better interest rate. We have had our mortgage with the same bank for many, many years, and they are the bank through whom we’re refinancing.

I have spent countless hours gathering documents and putting stuff together to satisfy their ENDLESS requests for information. Remember, we’re existing customers, and we’re trying to refinance a home that we have paid them for since we built it (and the same bank even provided the construction loan when we built it).

We are not some people off the street who want to borrow money against their home equity. In fact, we are not seeking to borrow any cash whatsoever, but rather just to drop the interest rate.

I honestly think it would be easier for me to get admitted to practice as a surgeon in another country – and I went to law school, not medical school.

Just today, after having already filled out a truckload of forms and uploaded a ton of others, I received another 8 paragraph request in my email for yet more documentation. Beyond the sheer burden of this latest demand, I have already handed in quite a bit of what I’m being asked to provide now, and have previously explained that some of the other documents the bank wants don’t exist because of how I earn my income, as I’m self-employed

My favorite request, though, is for the last 2 months of mortgage statements. This request is COMING from the very bank that sends me those statements, yet they want me to scan and upload copies of what they had sent me in the first place!

To be sure, I have said “This is bull$hit!” a lot recently – but only to my wife. I certainly didn’t call the bank and say it. And while this process really is a pain in the a$$, the fact is, the bank has something I want (a money-saving lower interest rate), and if I want to get it, then I have to jump through the hoops they’ve set up.

Nobody is forcing me to do this, and if I find the process to be unbearable, I can just NOT refinance.

I am frustrated because the bank knows that I have made every payment in a timely manner and that I’m not looking to take any money out of my house, and that I’m a good credit risk.

It’s really the same thing for a license appeal: Those who are genuinely sober, and can honestly look at themselves now and see an obvious difference between that and how they used to be back when they were drinking still have to “jump through the hoops” established by law in order to win a Michigan driver’s license restoration or clearance appeal, no matter how frustrating it is.

I sometimes describe the license appeal process as being governed by “a million little rules,” and that’s true. What’s worse, some of these “rules” are really rules of thumb follow by the Michigan Secretary of State, and not actually written down anywhere.

That’s where my team and I come in, because it’s our job to get our clients to the finish line, where a valid driver’s license awaits.

Going back to my refinancing situation again, I have the same mortgage broker who helped us get the original construction loan that then became the current mortgage on our home. His job is to help get me through all of this, but sometimes, I want to scream when I see an email from him because I know he’s going to be telling me I need to provide more “stuff.”

I know it’s wrong of me to think like this, but sometimes, in my mind, I see him and the bank as kind of the same thing, even though they’re not.

Some people may see our firm and the Michigan Secretary of State in that same way, even though we’re not, either.

My team and I often have to tell people that we don’t make the rules. Instead, we make our money getting people through the process and winning back their licenses. There is no money in it for us to turn anyone away, but we won’t take any case that we can’t make into a winner, either..

Moreover, since our firm guarantees to win every Michigan driver’s license restoration appeal we take, there’s no money in it for us to screw up a case, only to have to do it all over again, without charge, the next year.

Our job is to manage the process for our clients, and we do that exceptionally well. The reason we guarantee to win every one of our restoration and clearance cases is because we control every step of the process, thereby making sure that everything is done correctly.

This starts with our first meeting with a client before he or she ever goes for his or her substance use evaluation. We make sure each and every one is thoroughly prepared for it. Our clients go to our evaluator. We explain how to do the letters of support, provide an example, and then require every letter to be sent to us in draft form so we can make corrections. Well over 99% of all the letters we receive require substantial editing.

In short, we control, and, some might say, “micro manage” every last detail of every case we take, but that’s how we win, and why we put our money where our mouths are with a guarantee.

One thing we never do, however, is overlook the precondition that a person must have honestly quit drinking in order to win his or her license back. Yet while my team and I truly believe in the sobriety requirement, if we could make winning easier for those people who honestly have embraced recovery and done things like adopt a sober lifestyle, we’d certainly do that.

However, as I noted above, we often find ourselves having to say, “we don’t make the rules.”

Ultimately, the frustrations about what it takes to to win to win a driver’s license restoration or clearance case places people into 1 of 2 separate camps:

1. Those who are unhappy that license appeal process is all about not drinking, and that abstinence and sobriety are required in the first place, and,

2. Those who understand what’s required, but who know that actually proving their sobriety can be a pain in the a$$.

It’s people from that first group who are most likely to bark out, “This is bull$hit!”

People in the second group may feel that way, but at the end of the day, just like I want to lower my mortgage interest rate, and realize I have to jump though a lot of hoops to do that, these folks want to drive again, and are willing to jump through the required hoops to win back their licenses.

They may grumble about it, but they’re certainly not going to call a lawyer’s office, get the scoop, and then angrily say, “This is bull$hit.”

If you are looking for a lawyer to win back your driver’s license or clear a Michigan hold on your driving record so that you can get a license in another state, be a wise consumer and read around. Pay attention to how different lawyers explain the license appeal process, and how they explain their various approaches to it.

Our firm can handle your Michigan driver’s license restoration or clearance appeal, or your ignition interlock violation no matter where you live.

When you’ve done enough of that, start checking around. You can learn a lot by speaking with a live person (but just don’t get all mad at what he or she has to say and yell “This is bull$hit!” into their ear).