In a number of previous articles on this blog, I have tried to explain the impact of location on how things play out in DUI cases. In this piece, I want to expand the scope of that a bit, and make clear that, beyond OWI matters, the location of the court has an effect on all the types of cases I handle, including DWLS and DWLR (suspended and revoked license), indecent exposure, drug possession and embezzlement charges. For purposes of the discussion that follows, “location” should be interpreted to mean the location of the court where the case will be handled, and not merely the specific city in which the charge arose, although that plays a role, as well. 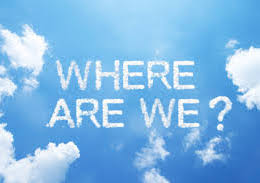 There really is no way to over-emphasize the importance of location. No matter what the charge, if one of my team, or anybody else, for that matter, starts talking to me about a criminal or DUI case, the very first thing I ask is “where?” I know, for example, that a suspended license charge pending in the 52-3 Rochester Hills District Court is going to play out much differently than if was brought in the 41-A Shelby District Court, and that a DUI in Woodhaven’s 33rd District Court won’t be much like one pending in the 44th District Court in Royal Oak.

A criminal or DUI case is, for the most part, an accident of geography, because no one really goes out intending to get arrested. It would be absurd (but probably helpful) for a lawyer like me to publish a list of the best places for certain charges. I can already imagine how I’d break down something like that: if you’re going to drive drunk, avoid these places; if you’re going to drive without a license, these are the best places to get caught, etc.

That’s not how these things happen, though, so back in the real world, my reason for asking “where” helps me quickly assess the situation in terms of seriousness of the situation (that’s a nice way of saying how bad things look), and how it needs to be handled in order to produce the best, (meaning most lenient) result.

Whereas a suspended license charge can be wrapped up in 1 court appearance in front of most Judges, there are others who will almost certainly require everyone to come back a 2nd time (this would not affect my fees, which are listed on both this blog and my website).

The reason I can quickly get a picture of things by asking “where?” is that I restrict my criminal and DUI practice to the local courts of Wayne, Oakland and Macomb Counties, so I know how things go in any of them. Unlike my driver’s license restoration practice, which is statewide (and really nationwide), my team and I only go to courts in the Metro-Detroit area.

This puts us in front of the same Judges and prosecutors day-in and day-out, and when you multiply that daily experience by more than 28 years, it means that we know how things are and should be done in the kinds of cases we handle.

Thus, if person “A” told me she had a DUI in Grand Rapids, and person “B” said his is in Traverse City, I’d have utterly no idea about any of the things that would allow me to get a precise read on his or her situation. By contrast, if person “C” tells me she has a DUI in Troy, and person “D” tells me his is facing a DUI in New Baltimore, I not only get a quick read on the situation for each, but also what questions to ask, because every court (and by that, I mean the whole cast of Judges, probation officers and prosecutors) have their own indiosyncracies.

For example, certain Judges require much stricter breath and/or urine alcohol testing while a DUI case is pending, while others aren’t as demanding. In some locations, if a person charged with OWI was in any kind of accident (even if it only involved sliding their own car into a ditch), then a really favorable plea bargain takes a lot more work to negotiate with the prosecutor.

While most Judges won’t require any kind of alcohol or drug testing for a DWLS or DWLR case, there are a few who do so automatically, and in every case. This is an ever-present reality that, while usually glossed over (or entirely unmentioned) in most of what you’ll find online, must be dealt with in the real world by whatever lawyer handles the case.

Learning these subtle nuances of the various local courts is the product of repeat experience in them, and can’t be acquired by someone who is, quite literally, all over the map. But there’s more to this than just knowing the Judges and prosecutors, and who likes what, and who doesn’t. That knowledge has little value if it doesn’t translate into knowing how to best do things in any particular location.

Assume, for hypothetical purposes, that a person whose breath tested out at .22 is facing a High BAC charge. I know that, in certain courts, it will be very important that he or she start into some kind of counseling or AA right out of the gate, while in some others, doing so won’t matter, and in still others, that kind of seemingly proactive response can actually make things more complicated than they otherwise would be.

I know this because I’ve handled countless such cases in the circle of local, Detroit-area courts.

Yet for all of that, some aspects of location override every other consideration. With one possible exception, 1st offense DUI drivers almost certainly don’t go to jail. That changes, however, merely because a person winds up in the ONE local courtroom where getting locked up is more likely than any and everywhere else. And it doesn’t matter if the person before that Judge is a career criminal or a Nobel-prize winning researcher.

Similarly, in something like an indecent exposure case, some Judges are far more “understanding” than others. To take that a step further, even the various courts’ probation departments can have very different attitudes towards certain kinds of offenses, and that will directly impact the experience of the person facing the charge. A nice court with a hard-a$$ probation department will result in a more unpleasant experience for the person going through it.

As I noted above, there is nothing a person can do about where his or her case is pending, given that nobody plans these things in advance. By the time anyone is reading this, the case is wherever it is. The only thing to be done about it is make sure any lawyer you consider hiring both understands the importance of location and has enough experience where your case is pending, as well as other nearby, local courts, in order to make things better for you.

That last sentence is significant, because most experienced lawyers have helped some Judges understand how other Judges do things in similar cases, and, in that sense have helped them evolve. I know that I have shared countless practices that I have seen used in one court with a Judge in another court so that he or she could consider (and hopefully use) it.

There is always a court that is first to try some new way of doing something. If I see something new being used in one court, and I find it to be beneficial for my client, I’m not going to be shy about pitching it to a Judge in another court who is unfamiliar with it. I’ve had wonderful results by doing just that.

The music of The Beatles, Jimi Hendrix, Lenny Kravitz, Prince, Kiss and Black Sabbath is all guitar-based, but they are each individual, and as different from one another as could be. Ditto for all the local district and circuit courts, and even the individual Judges within them.

The grand point here is that location matters, and it is an important factor in any kind of criminal or DUI case. The very same Judge who may be somewhat lenient on DUI driver’s could be far less forgiving (at least comparatively so) to those facing suspended or revoked license charges.

Of course, it is important that your lawyer be familiar with the court where your case is pending. It does little good to drag some lawyer from Timbuktu into a court where he or she doesn’t know how things are done. At the end of the day, you’re paying for a lawyer’s experience to make things better for you, not his or her tuition to get that experience…

If you are facing a criminal or DUI charge in any court here, in the Tri-County area (Oakland, Macomb or Wayne) and are looking to hire a lawyer, be a smart consumer, do your homework and read around. Read what lawyers have written about things like location, and the specific charge you’re facing.

Once you’ve gathered enough general information, start checking around. All of my consultations are confidential and done over the phone, right when you call. My team and I are really friendly people who will be glad to answer your questions and explain things. We can be reached Monday through Friday, from 8:30 a.m. until 5:00 p.m., at 586-465-1980.