If you’re facing a DUI charge and looking for a lawyer, it’s almost impossible to not be overwhelmed by the endless legal websites that practically scream “Call ME!” or “Call NOW!” On top of that, at almost every turn, you get hit over the head with claims of success and never ending testimonials that can make Mother Theresa seem like a real slacker. 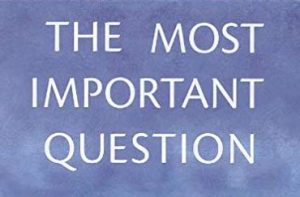 For all the things to look for in a DUI attorney (and others to avoid), there is one question you should always know the answer to about any lawyer you’re considering hiring: “Do you get to this court regularly?” In this article, we’re going to explore why this so important. Before we get to that, however, let’s define what is meant by “DUI lawyer” and see how that’s different from some lawyer who just “does” DUI cases.

At its most basic, a “DUI lawyer” is an attorney who devotes a substantial part of his or her practice to handling DUI and DUI-related cases. In that sense, a “substantial” part of a lawyer’s practice really means “majority” of his or her caseload. By definition, all DUI attorneys are criminal lawyers, but not all criminal lawyers are DUI attorneys, in the same way that all basketball players are athletes, but not all athletes are basketball players.

Here is the best advice for anyone seeking legal counsel for an OWI charge, or any kind of case, really: take your time, do your homework, and be thorough. Look for information, not speculation. Ratings and reviews are all well and fine, but there is an entire INDUSTRY devoted to helping websites obtain and post them, so standing alone, these do not provide any kind of reliable assessment about a business, in any field, including law.

Instead, read around and look for DUI lawyers who explain things in plain english. Be on guard for any kind of fear-based marketing tactics. A good article or useful website should answer at least some of the questions you have about your situation, not lead to more of them. Avoid any enterprise that asks YOU questions, but doesn’t provide answers in some kind of insulting attempt to frighten you into action by trying to demonstrate how much you don’t know.

Although this article isn’t a promotional piece for my own practice, we do stand as a good example of “DUI attorneys,” because the majority of our caseload is comprised of pending DUI charges and driver’s license restoration cases for people who lost their license as a result of multiple DUI convictions. The overwhelming majority of the cases we handle are DUI and DUI-related matters.

There’s an old saying that you can’t be all things to all people, and DUI cases in the modern world are very complex, and can require experience that a lawyer simply will not acquire as any kind of “general practitioner.” Similarly, some lawyer may be a star trial attorney who excels at handling super-serous murder trials, and may very well be an expert in DNA evidence, but that doesn’t mean he or she knows a lot about the nuances of DUI cases.

Of course, there is another very important consideration that must be taken into account by anyone seeking legal counsel: price. It doesn’t matter how good (or not) some lawyer may be, if you can’t afford his or her services, then that’s the end of that.

In terms of what you should pay, there is really no such thing as a bargain when it comes to legal representation, but you will never get better legal services than what you do pay for, either. I thoroughly examine this subject in the 3-part article following this one.

In the legal world, like with just about everything else, cheap is cheap.

However – and this is HUGE – there are tons of lawyers who charge more – often WAY more – than they’re worth. In the real world, this is a much bigger issue than any kind of “discount legal” situation. In other words, the average consumer is much more at risk to wind up paying too much for merely average quality legal services than he or she is to find a “deal,” and later wonder why they only got cut-rate services for a bargain-basement price.

I cannot emphasize enough how easy it is to wind up paying top-shelf prices for mediocre legal services. In fact, when you think about it, the average dentist or doctor or lawyer is, well, “average.” While lots of average lawyers charge the same fees as standout lawyers, only a few of them can really be standouts. This really brings home what I mentioned early on as the “best” advice for anyone looking to hire a lawyer: take your time, do your homework, and be thorough.

Thus, price matters, but more so as a factor of who you exclude from consideration, rather than what lawyer or law firm you ultimately do hire. In other words, you can skip both the cut-rate operations and those with prices that are either out of your reach, or are disproportionately high.

Then, you have to give a fair look to everyone else.

And while all of those things matter, the most important question, by far, is whether any lawyer you’re checking out is a “regular” in the court where your case is pending. This often matters far more than anything else.

I have long believed that you should pay for a lawyer’s experience, and not his or her tuition to learn on the job, or learn how things are done in a court where he or she doesn’t go that often.

It is really impossible to over-emphasize the “local” nature of DUI cases. The identical case brought in one court may play out very differently than if it had been brought in another court, simply based upon location.

One of, if not the very first thing any experienced DUI lawyer will ask about a potential new case, is “where?” We certainly do.

Everyone, from the prosecutors to the probation officers to the Judge(s) in any particular court contribute to the recipe that makes the place what it is. This is why lawyers will raise their eyebrows and sigh with frustration at the mention of some courts, while they’ll smile with relief when they find out a case is somewhere else.

As much as there is to all of this, it really doesn’t matter unless a lawyer doesn’t know it firsthand, and through personal experience. I’m not talking about a lawyer saying he or she “has been” to some court once or twice before, but rather that he or she knows how things are done there because they get to it regularly.

This is why I think it’s never a good idea to drag some lawyer across from one side of the state to the other side to meet with the prosecutor and the Judge for the first time. A DUI lawyer should know, right off the top of his or her head, what will and won’t fly in any particular Judge’s courtroom. The same thing applies to prosecutors, as well, and even probation officers.

It sounds simplistic, but the fact is, a lawyer can really only get to know how DUI cases are handled in a particular court by regularly handling DUI cases there.

If you’re getting the idea that the location factor is critical, then you’re on track.

Our practice, for example, is geographically concentrated in the Metro-Detroit area, meaning Oakland, Wayne, Macomb and surrounding Counties. We don’t go to places farther than what would be about an hour’s drive from either our Troy or Mt. Clemens office. This means that we’ll sometimes go to Lapeer, Livingston, St. Clair, and Washtenaw Counties, but not beyond. As a result, we are in the same places and deal with the same people over and over and over again.

Although it’s not a perfect analogy, think about getting a haircut: I’ve been going to the same barber forever, and my wife has had the same stylist for years. Now, any barber or stylist with a license can cut and/or style hair. However, it usually takes some time for the person to get to know how to cut and/or style your hair, and how you want things done (this is even more the case with longer hair).

I certainly wouldn’t want to go to some barber “cold” and get a haircut, unless I had no choice.

The point I’m driving at is that consistently going to the same courts, for the same kinds of charges, and dealing with the same parties, gives rise to invaluable experience that allows a lawyer to know how to best handle a case. This whole idea of “what will fly” with one Judge, but not with another, is VERY real.

The last thing you ever need your lawyer doing is pushing the wrong button on the Judge overseeing your case. And as the old saying goes, “you don’t know what you don’t know.”

When an experienced and good lawyer does have to go outside of his or her comfort zone, he or she will almost always ask for help.

Here’s what I mean: at various points in every lawyer’s career, he or she is called upon to help out some family member or close friend. As luck usually has it, these things almost never happen locally, so the poor attorney gets stuck going to some distant court he or she has probably never been to before.

When this occurs, it is not uncommon for the lawyer to call some attorney friend who IS familiar with the location, or even to look online and reach out to some lawyer who is local to the court and try and get the “low down” on how things work there.

If you’re paying some lawyer, then you want the person who would be giving, and not asking for, the “low down” about the court where your case is pending.

Thus, “do you regularly get to this court?” is an important question. Sometimes, however, you won’t have to ask the question, because, like with our office, we’re clear about concentrating our practice in the Metro-Detroit area. Even so, it never hurts to ask, and it’s never a bad idea to do so.

If you are facing a DUI charge, no matter where, be that good consumer, take your time, and read around. Pay attention to how lawyers explain things, and how they explain themselves, as well as their approach to DUI cases. When you’ve done enough of that, start checking around.

If you’re looking for a lawyer for a DUI case anywhere here, in the Metro-Detroit area (meaning Wayne, Oakland, Macomb and surrounding Counties), give us a ring. All of our consultations are free, confidential, and done over the phone, right when you call. My team and I are very friendly people who will be glad to answer your questions and explain things.