The worst part about a 2nd offense DUI is that it is a second offense. This is not meant sarcastically, nor is meant to just restate the obvious. In this article, I want to help the reader understand more than just the legal implications of a 2nd offense OWI charge. Most of my articles are of the “what you can expect” variety, examining things from an inside-looking-out perspective. In this piece, we’re going to flip things around and take an outside-looking-in view in order to see how the person facing the DUI is perceived by the courts. 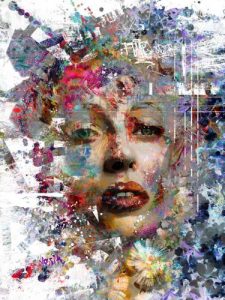 This is important for a number of reasons, not the least of which is that perception matters, and, as the saying goes, perception shapes reality. For all the analysis that we could get into, the bottom line is that under the law, and within the court system, anyone facing a 2nd offense DUI charge is presumed to have a problem with drinking. I point this out here so that any reader who wants to stop and explain that he or she is somehow different, or some kind of exception to that, will hold that thought and let me explain. Whatever else, it doesn’t matter what you think, or what I think; what will happen to you is based entirely on what the Judge thinks.

My job, as the DUI lawyer, is to positively influence that thinking as much as possible. There is a lot that can and should be done to produce the best outcome possible, but as a starting point, a person must understand that when facing a 2nd offense DUI, it is automatically assumed that something is up with him or her and alcohol. It is also automatically assumed that most people will try and convince everyone otherwise, and that, generally speaking, the more they do that, the deeper a hole they dig for themselves. This is a prime example of where a person should remain silent and let me do the talking.

Let’s go right to the drinking issue, because it cuts to the very heart of a 2nd offense DUI case. The most common thing people say, when facing a 2nd offense DUI, is either that they don’t drink that much, or aren’t “big” drinkers. For purposes of argument, let’s assume that’s completely true.

If, since his or her last OWI, a person has been an occasional drinker, and yet winds up getting caught driving drunk again, it means that when he or she does drink, it’s a very risky endeavor for him or her. Here’s what I mean:

Imagine that since she got off probation of her first DUI a bit over 5 years ago, Partying Paula has gone out to the bar and drank with her friends at least once a week. Recently, she got arrested for her 2nd DUI. If we take 52 weeks per year, and multiply that by 5 years, that’s 260 times Paula has been out drinking, and 1 time she got popped for a DUI out of all of them.

Let’s contrast her with Careful Carl, who also got off probation for his first DUI just over 5 years ago. Unlike Paula, Carl claims that he only has the occasional beer or glass of wine with dinner, and estimates he has probably drank 5 or 6 times per year since being discharged from probation. If we multiply 6 times per year by 5 years, that means Carl has only drank 30 times, yet here he is, facing a 2nd offense DUI charge.

Paula drank more than 4 times as much as Carl, yet they’re both facing a 2nd DUI. While Carl will offer up that he doesn’t drink that often as a way to try and make it seem like he’s just unlucky, the real implication is that every time he drinks, he’s a much bigger risk to get in trouble (about 8 times more so than Paula). Moreover, they are both seen as unacceptable risks when it comes to drinking.

To the court, and, really, to the public that wants to be safe from drunk drivers, it couldn’t matter less how often a person does not drive under the influence. What matter is when they do. How much would you care, if you survived being shot in an armed robbery, that the guy who did it had never done anything like that before?

Thus, from the court’s perspective, when a person is back for a 2nd DUI, he or she is seen as risky, and nobody really cares about how often they drink, or not. In fact, the less they drink, the greater the risk when they do. It’s understood that everybody can mess up once, but, when the same thing – a serious thing like getting caught driving drunk – happens again, the courts adopts a mindset of “we have to shut this $hit down.”

That’s not the half of it, either. As much as perception and how the Judge sees things matters, the written law in Michigan gives rise to a legal presumption that anyone convicted of a 2nd alcohol-related traffic offense has a drinking problem.

Under Michigan law, anyone convicted of a second alcohol-related traffic offense will have his or her driver’s license revoked. Unlike a suspension, which means a person’s license is withheld for a certain, specific period of time, a revocation means taken away for life, and someone whose license has been revoked cannot even file an appeal to get his or her license back for at least 1 year (or 5 years, if the person had a revocation within the preceding 7 years).

The only way to win back a license after having it revoked for multiple DUI’s is to win a driver’s license restoration appeal. Doing this requires proving that the person has been completely abstinent from alcohol for a sufficient period of time (at least 1 year, but longer is better) and, more important, that he or she has the commitment and the tools to remain alcohol-free for life.

In other words, the real meat and potatoes of the license restoration process is predicated upon the idea that the person does, in fact, have a drinking problem, and is it is designed to verify that he or she has, in fact, quit drinking, and is a safe bet to never drink again.

Generally, sobriety court programs are limited to people charged with a 2nd offense DUI, although 3rd offenders are often eligible, as well.

Sobriety courts deserve their own article (you can find some in my blog), and there is much to be said for them, but I mention them here merely to underscore the reality that when a person is facing a 2nd offense, it is simply assumed that he or she has a problem with alcohol, and nobody in the system is going to be persuaded otherwise.

Theoretically, of course, someone could be an exception, but there really is no mechanism to find such people, or to treat them differently, anyway.

A hearing officer with the Michigan Secretary of State’s Office of Hearings and Administrative Oversight once outlined a hypothetical situation that he would consider a POSSIBLE exception to the essentially foregone conclusion that someone with 2 DUI’s has an alcohol problem:

Imagine an older guy attended his daughter’s wedding, and after the reception, stuck around to help clean up, and finished the last of a bit of champagne, and then got pulled over in the wee hours of the morning on his drive home with a relatively low BAC (meaning something like .08, or .11, at most), and that was his first DUI. then, about 6 years later, was thrown a surprise retirement party for his last day at work, and, again, was pulled over with a relatively low BAC on the drive home, accounting for his 2nd DUI.

I’ve never met that guy, however, and chances are the reader facing a 2nd offense doesn’t have any such benign or exceptional facts to his or her case, either.

I’m in business to make money. It would only benefit my income stream if, instead of writing this article explaining that when you’re facing a 2nd DUI, you’re seen as having a drinking problem, I wrote, instead, that just because a person is facing a 2nd offense, it doesn’t mean that he or she has a problem with alcohol. I could skillfully choose my words to appeal to the broadest audience who’d surely like what they’d read.

But we’d have to go to court, where that would be turned on its head. I know that’s exactly what will happen, and, besides, I’d have to live with myself for not being truthful. I strongly believe in being honest, and treating others the way I’d want to be treated. I know that, when I’m the consumer, I want the real facts, not the BS.

The bottom line is that if you’ve been charged with a 2nd offense DUI, you’re going to walk into court carrying a presumption that you have a troubled relationship to alcohol. If you don’t plan for – and plan around – this, right up front, then you’re not planning at all.

Unless your case gets dismissed outright, your lawyer is going to have to address your drinking, because it’s going to be seen by the court system as the very focus of your 2nd offense drunk driving case.

This is important enough to have been part of the reason that I completed a post-graduate program of addiction studies. Because I understand the development, diagnosis, and treatment of alcohol and drug problems, I can, on the one hand make sure that none of my clients are treated as having a problem they don’t, or treated as having one more serious than it is, while, on the other hand, making sure that those clients who do have a problem don’t get hammered into unnecessary counseling and treatment, or otherwise wind up being forced into anything that isn’t a good fit.

For me and my team, this helps as a starting point to planning a proper defense, not only to avoid or limit the legal consequences of a 2nd offense DUI (like jail), but also to make sure the client gets the best and most lenient result possible. Explaining how a person is going to be perceived relative to his or her relationship to alcohol should really be standard practice for any DUI lawyer, and should be one of the first things discussed in the context of a 2nd offense OWI case.

If you’re facing a 2nd offense DUI (or any DUI) and looking for a lawyer, take your time and do your homework. Read around, and then check around. If your case is Wayne, Oakland or Macomb County, know that all of my consultations are confidential and done over the phone, right when you call. We are really friendly people who will be glad to answer your questions and explain things. We can be reached Monday through Friday, from 8:30 a.m. until 5:00 p.m., at 586-465-1980.