Almost every DUI case gets worked out and settled at the pretrial stage. Knowing what a pretrial is – and is not – is really key to a basic understanding of how most criminal and DUI cases are resolved. In this 2-part article, I want to shed some light on the role of the pretrial, because once you better understand it, you’ll find that the whole idea of an upcoming pretrial is certainly nothing to be worried about. Despite the mystery that seems to surround it, this is actually a very simple concept. 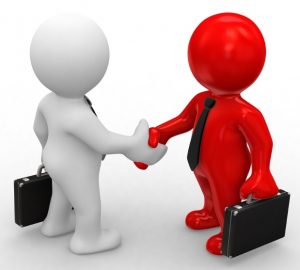 Perhaps the biggest misconception is that there is just a single pretrial, meaning only one such proceeding. Unlike certain phases of the criminal and DUI process, like an arraignment, or a sentencing, which only happen one time, there can be any number or pretrials. Most of the criminal and DUI cases that I handle have at least 2 pretrials, and often more. Thus, it’s not a matter of only having one pretrial in a case, but rather that there can only be one pretrial at a time, with the first one most often being followed by at least one more.

This makes more sense when you realize that the definition of a pretrial is really any meeting of the parties (meaning the prosecutor and the defense lawyer) prior to (i.e. pre) trial. While a pretrial is usually used as an opportunity for negotiations to take place, anytime the parties get together before trial, the term pretrial generally applies. And to be clear, although we’re getting a bit ahead of ourselves, the overwhelming majority of criminal and DUI cases DON’T go to trial, meaning that very few pretrials are ever followed by an actual court trial.

Although knowing what the term pretrial means is all well and fine, the real secret for a DUI lawyer is knowing how to make the best of each such meeting. You can get a sense of this if you recall that, in the preceding paragraph, I noted that one of the main purposes of a pretrial is for the defense attorney and the prosecutor to negotiate a resolution (most often in the form of a plea bargain) to the case.

While I’m not about to give away my secrets (nor should any lawyer, for that matter), I think it’s it’s pretty widely understood that, as a general rule, no party should accept the first offer made in any kind of negotiation. Thus, any lawyer, whether for the defense or the prosecution, should approach negotiations with the idea that they are a process, and can be ongoing, rather than some kind of one-shot deal.

This applies to any kind of meeting where one or more of the parties is trying to work out a deal, from buying a car or house, to resolving a pending criminal or OWI charge. One of the key differences between a court-appointed or cut-rate lawyer and a better attorney is that the former really cannot afford to do the extra work in a case and return to court in order to bring about a better result because they’re not getting paid for it, whereas a better lawyer wouldn’t think of doing anything less.

As I pointed out earlier, I count on there being at least 2 pretrials in every DUI case I take, and fully realize that I might be in for even more, as part of longer negotiations.

It is an absolute truth that success in a criminal or DUI is best measured by what does NOT happen to you. No matter what, the fewer consequences you have to deal with, the better. The less serious an offense you can negotiate, having less that goes on your record, and having less stuff to do (and not be allowed to do) while on probation is all better than winding up with more.

Unfortunately, prosecutors and defense lawyers evaluate success differently. As a result, their goals, and therefore the methods they use to reach them, are at opposite sides of the negotiating table. That doesn’t mean the parties can’t work co-operatively; in fact, they almost always do.

The prosecutor’s ultimate goal, at least in theory, is to do justice, as in doing the “right thing.” It is for this reason that a prosecutor can justify making a plea deal with someone who seems to deserve it, while standing tough against any kind of deal for someone with a bad record. Of course, the prosecutor assigned to any particular case is often an assistant prosecutor who must observe the practices and policies of his or her boss. This means that often, “negotiations” are about working around those obstacles, and one of the reasons for multiple pretrials.

For a defense lawyer, however, the “right” thing is always getting the client completely out of trouble, or at least avoiding as much of it as possible. In other words, there is never a situation where the less that happens to the client isn’t always better.

Not every case is complicated, and there are times when everything can be adequately negotiated in one meeting, but it is a fool’s errand for a lawyer to count on that. Instead, a lawyer should plan on at least several meetings with the prosecutor.

A while ago, I read of a lawyer who justified rather his high DUI fees by indicating that the cost of trial is built into them. That may sound good at first, but not when you realize that out of the 33,320 DUI-related arrests in Michigan that occurred in 2017 (these numbers, which do not include MIP cases, remain generally consistent from year to year), only 35 actually went to trial and won.

This cries out to be made crystal clear: a total of .10% (that’s POINT-ONE-ZERO, or only one-tenth of one percent) of all those originally picked up for a DUI-related offense (meaning things like OWI, Impaired Driving, Child Endangerment (that’s OWI with a child under 16 in the vehicle), OWI causing death, OWI causing injury, etc) were acquitted.

That really calls into question the wisdom of even thinking about paying for a trial, upfront, let alone actually going through one.

And, as I stated previously, the overwhelming majority of criminal and DUI cases ARE worked out through plea negotiations, anyway, and don’t go to trial. Those numbers are what they are for a reason.

I know that in most cases, I’ll be going back to court several times to work things out for my client. My fees (which, unlike any other lawyer I know, are published), take this into account, yet they’re not so high that anyone who hires me is paying for something he or she doesn’t get.

I don’t think it’s saying much that anyone hiring a lawyer for a criminal or DUI charge is plunking down his or her money with the expectation of getting the best results possible. A person should never pay for work that isn’t done, but it’s also true that you’ll never get services you don’t pay for, either. Looking for a lawyer on the basis of low price is a race to the bottom in terms of services and results.

We’ll stop here, and pick back up again, in part 2, by looking at what goes on when the prosecutor and defense lawyer meet at a pretrial.