In part 1 of this article, we began an overview of the pretrial stage in DUI and criminal cases. I began by loosely defining a pretrial as any meeting between the prosecutor and the defense lawyer where the case is discussed. I noted that there can be any number of pretrials, and that I plan on having at least 2 in all of my cases. In the real world, very few DUI cases actually do go to trial; instead, the vast majority of them are worked out through negotiations that take at the pretrial stage, and ultimately lead to a plea or plea bargain. Now, let’s turn our attention to what happens when the parties meet and begin those negotiations. 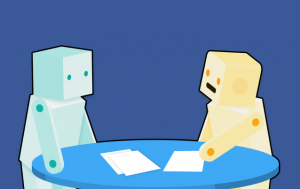 When the defense lawyer and prosecutor do get together and talk, they almost always first discuss the case in general terms. Some things are just obvious. There is a difference, for example, between something like Wasted Wally getting arrested for DUI after rear-ending a row of parked cars and having a BAC (bodily alcohol content) that’s through the roof, versus Sarah, the nurse, who has never been in trouble before and was picked up for DUI with a BAC just over the legal limit, after a police officer observed her swerving a bit.

From the defense lawyer’s point of view, he or she needs to start out in every case by assuming that there is something wrong with the evidence and that his or her job is to find it, and thus find a way out of the case. This makes more sense when you contrast that way of thinking to what is, unfortunately, the more common one wherein the lawyer “looks over” the evidence to see if anything wrong stands out. In other words, a determined lawyer begins with the belief that there is something to be discovered, where a lesser lawyer more or less just hopes there is.

Hope is a good thing, but it is never any kind of “plan.” Ever.

Most of the time, the police don’t screw things up so badly when making an OWI arrest to make it easy to get the case thrown out of court. However, a lawyer has to assume that there is some issue with the evidence and that he or she just needs to keep digging to find it, lest he or she fails to find anything wrong with the case that doesn’t otherwise “jump out.” In line with what I mentioned above, hoping that something jumps out isn’t any kind of plan.

Without question, a DUI lawyer needs to deal from a position of strength, and not merely one of desperation. Even when a case is rock solid, if a defense lawyer can just find one “issue” to make getting a conviction less than smooth sailing for the prosecutor, it can be used to drive a better bargain.

The process of plea bargaining was born because it is easier for the parties to compromise than go through the whole trial process. In other words, even if a prosecutor does have a clear-cut case, going to trial is burdensome and time consuming. In the DUI world, however, everything is getting tougher, from the laws to the courts, and everything else.

Thus, in today’s world, merely avoiding work is sometimes not enough to cause some prosecutor’s offices to be willing to deal, so this makes it all the more important for the lawyer to find any and every problem, big and small, with the evidence.

There are times when a lawyer won’t have the chance to review all the evidence before the first pre-trial. Sometimes, the lawyer will use the pretrial to get his or her first look at the evidence, and specify to the prosecutor exactly what additional information is needed. Most of the time, the prosecutor will agree to provide it, but sometimes, the lawyer may have to ask the Judge to order such a turnover.

These are just a few of the things that happen at a pre-trial.

There are times when the prosecutor may need information from the defendant in order to consider negotiating a better deal. Let’s go back to the case of Sarah, the nurse. Assume that her BAC was .15 at the time of her arrest, and the case is in a rather conservative or “tough” location. The prosecutor may be concerned that Sarah has a drinking problem, and will be in a much better position to negotiate a plea bargain if she undergoes a thorough substance use evaluation by a good clinician.

It could also be the case that the prosecutor isn’t as much opposed to a plea bargain as he or she wants, as a pre-condition to it, either the security of knowing that Sarah doesn’t have a drinking problem, or, if she does, that she is enrolled in counseling and doing something about it.

Of course, if the parties cannot agree on a resolution, then the matter will be set for a trial. This could be the case, for example, if at the time of his arrest, Wasted Wally was found standing outside of his car and insisted that it wasn’t him driving; it was some woman he had met at the bar, and that right after the accident, she got out and ran away.

As seldom as it happens, a trial is what takes place if a case cannot be resolved at a pre-(remember, prior to) trial.

A trial can either be a bench trial, meaning a trial without a jury, where the matter is decided by a Judge alone, or it can take place before a jury, who, as a group decide a person’s guilt or innocence.

Although bench trials are often derisively called “a long, slow guilty plea,” there are cases where the guilt of innocence is more technical and legal than factual, and skipping the jury is a way to save time and money while also limiting the possibility of confusion.

Most cases that do go to trial, however, are decided by juries. Thankfully, in the DUI world, these are not very common, probably due to the statistically low chances of success. The 35 people I mentioned in the first part of this article who went to trial and were acquitted of a DUI or DUI-related matter in 2017 are certainly part of an elite group. We’ve all heard of the “1%,” or “one percent,” or super-rich, but these folks are part of an even smaller “one-tenth of one percent”  group.

Good luck trying to get into that.

Because so few cases actually do go to trial, in the real world, the next formal step after a pretrial (and plea) is the sentencing. This is when a person stands before the Judge and learns what is going to happen to him or her. We’ll examine the sentencing phase in the next article.

For now, we’ll leave off having made clear that a pre-trial is a meeting of the parties – any meeting – before an actual trial. There can be any number of pretrials. Most cases are resolved through the plea negotiating process, which is one of the most important functions of a pre-trial. It the reader now understands this, then I’ve done my job.

If you are facing a DUI charge in the Metro-Detroit area and are looking to hire a lawyer, be a good consumer, do your homework, and read around. Read how other lawyers explain the things you want to know and that are important to you. Narrow that group, and then start checking around.

All of my consultations are confidential and done over the phone, right when you call. We are really friendly people who will be glad to answer your questions and explain things. You can reach my office Monday through Friday, from 8:30 a.m. until 5:00 p.m., at 586-465-1980.