Winning a Michigan driver’s license restoration or clearance case requires proving 2 main things by what is defined as “clear and convincing evidence.” First, you must show that your alcohol (and/or substance abuse) problem is “under control,” meaning you have been alcohol and/or drug-free for a sufficient period of time, and second, that it (after 2 alcohol and/or drug-related driving convictions, you are presumed to have some kind of substance abuse problem) is “likely to remain under control,” meaning that you are a safe bet to never drink or use drugs again. 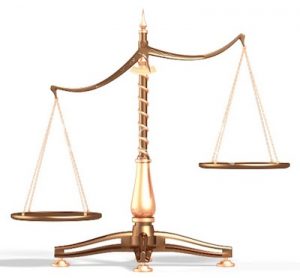 In this article, I want to do a brief overview of what “clear and convincing” means in the real world, because it’s not only the very key to success, but is also dreadfully overlooked by just about everyone except the hearing officers who decide this cases, and anyone who finds him or herself reading an order denying their appeal. “Clear and convincing evidence” is the legal standard of proof required to win a license appeal, and it is specifically required by the rules that govern all such cases. You either meet this standard, or you lose.

As a starting point, we can begin by saying that “clear and convincing” is close to – but not quite as strong as – proof “beyond a reasonable doubt,” the legal burden of proof for finding someone guilty of a crime. A colleague of mine once used a baseball analogy and said that if “beyond a reasonable doubt” is like a home run, then “clear and convincing” equals a triple. If you understand baseball, then that’s a good comparison. If not, then the following analyses will help.

Although it’s easy to miss, what the rule requires is not only that a person prove his or her alcohol and/or drug problem is under control and likely to remain under control but also, that the proof of that must rise to the level of clear and convincing, otherwise the hearing officer shall (legally, that means “must”) deny the appeal and not issue a license.

In other words, you can’t win a license appeal by merely doing okay. Instead, you have to “kill it.” The Michigan Secretary of State, by requiring proof that equals “clear and convincing evidence,” leaves no doubt about what it expects in terms of evidence.

If we just examine the words “clear” and “convincing,” we can make some good headway in our analysis. “Clear” has a rather straightforward meaning, and, whenever it’s used in the law, it means exactly that; clear, as in not cloudy or otherwise un-clear. Here’s a bit of an extreme example, but it makes the point:

Assume a law is passed that reads “It shall be a violation of this section for anyone except an actual police officer who is so employed to wear a police uniform or anything that reasonably looks like a police uniform in any place open to the public.”

One day, a local theater group puts on a play, and since one of the characters is a police officer, one of the actors dresses in a police-like uniform. As it turns out, there is a real police officer in the audience, who arrests the actor after the play and charges him with violating the law.

When the case is brought to court, there is much debate about the law itself, and finally, after appealing it all the way to the Supreme Court, it is struck down as unclear, because the Justices decide that the purpose of the law was to prevent someone from impersonating a police officer, not to prevent actors from dressing for a role portrayed on stage or in some context where there is no possibility that anyone would mistake him or her for a real police officer.

After the law gets struck down, it is re-written. This time, it is made clear, and it reads that “It shall be a violation of this section or anyone except an actual police officer who is so employed to wear a police uniform or anything that reasonably looks like a police uniform in any place open to the public with the intention to, or where it is likely that doing so will create a reasonable belief that he or she is, in fact, a sworn law enforcement officer duly authorized to act as such.”

“Clear” leaves no room for confusion or misinterpretation. In the context of evidence presented in a license appeal, it also means just what it sounds like: clear.

“Convincing” works a bit differently, because as used regarding the proof in a license restoration or clearance case, it not only means what it says, but it also modifies the meaning of the word “clear” by virtue of being tied to it in the phrase “clear and convincing.”

We all know that “convincing,” as it’s usually used, is essentially the same thing as persuasive. However, a person can be convinced or persuaded to do something against their better judgment, too. We’ve can all look back and wonder how we survived some of the things we did when we were young, and hope to heaven our children never do any of them.

When I was a kid, for example, we used to set up “ramps” to use to jump our bikes, like Evil Knievil. Back then, nobody had even heard of a bike helmet for riding straight down the street, much less going airborne. I remember ruining multiple bikes (including my mom’s) by bending the wheels and even the frames from doing this. As kids, one or another would convince the rest of the gang to keep raising the ramp in order to jump higher and farther.

There was never anything clear about this being a good idea, or safe, or anything but nuts…

When it comes to winning a license appeal, the proof needs to be so clear that it is is also convincing. Let’s look at a license restoration-related example, using the full phrase “clear and convincing.”

After a person wins a Michigan license restoration case (as opposed to a clearance), he or she must drive for at least 1 year on a restricted license with an ignition interlock. If he or she is violated while on the interlock, the same standard of proof – clear and convincing evidence – also applies to winning a violation appeal.

Let’s say Bad Luck Brenda misses a retest (in other words, she doesn’t provide a breath sample within 5 minutes of being signaled to do so, as required by the governing interlock use) and is violated for what is called a “skipped rolling retest.” As it turns out, this occurred minutes before she parked her car for the night after getting home from work, so there is no record of her testing again until nearly 10 hours later, the next morning.

The Michigan Secretary of State, in the order granting every license restoration appeal, instructs a person who misses a test or provides a positive breath sample to either go directly to a local police station and get a PBT breath test, or go to a lab within 24 hours and get an EtG urine test.

If Brenda does not do this (no matter what the reason), and then shows up at her violation hearing only to insist that she never knew she missed the test, she will basically have to hope she gets a break, because that explanation alone, no matter how heartfelt, is NOT clear and convincing evidence.

However, if Brenda, having missed the test, drives straight to her local police or sheriff’s department and gets a PBT that she presents at her violation hearing, that WOULD be clear and convincing evidence.

In fact, if we’re talking about tipping the scales, “clear and convincing” would look like one side is tipped ALMOST all the way against the other.

Why is this important? Because as we circle back to the requirement that a person proves his or her alcohol and/or substance abuse problem(s) is/are under control and likely to remain under control, we can take that to mean that the evidence presented leaves NO DOUBT that he or she is safe bet to never drink or use drugs again.

When clear and convincing evidence has been presented, the hearing officer reviewing it will have no unanswered questions about anything stated within the substance use evaluation, and has no doubts as to its accuracy or reliability. The same thing applies to the letters of support: they must clearly stand as testimony to a person’s sobriety, and contain all the hallmarks of accuracy, honesty, and reliability. If they’re clear and convincing, then they’ll have those things.

If the evidence presented falls short of being clear and convincing, or if the hearing officer has any unanswered questions, then he or she shall (remember, that means must), as the rule requires, deny the appeal.

In other words, no matter how long you’ve been sober, and no matter how much you are committed to sobriety, you have to prove those things with evidence that is clear and convincing. As I said before, you really have to kill it.

An important part of our job, as driver’s license restoration lawyers, is to make sure the evidence in the cases we take does, in fact, meet that standard. We know how to transform a person’s experiences and commitment into hard evidence, and do it well enough to guarantee to win every case we take. Whatever else don’t miss things, and we put our money where our mouth is by providing that guarantee.

If you are looking for a lawyer to win back your driver’s license or clear a Michigan hold on your driving record, do your homework. Read around, and see how other lawyers explain things. When you’ve done enough of that, then start checking around. All of our consultations are free, confidential, and done over the phone, right when you call. My team and I are very friendly people who will be glad to explain things and answer your questions. You can reach our office Monday through Friday, from 8:30 a.m. until 5:00 p.m. (EST), at 586-465-1980.