As a law firm with a focus on indecent exposure (IE) cases, we have been retained by countless men who were highly embarrassed to be facing an indecent exposure charge, or who have been contacted by the police about an alleged incident, and are freaking out as a result. To keep this article “real,” we’ll dispense with any notion that IE cases are somehow divided between men and women, because the simple fact is that the overwhelming majority of people charged with either indecent exposure or aggravated indecent exposure are male. 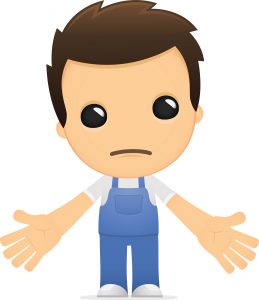 Perhaps the biggest question anyone has about indecent exposure is “why?” If the reader is facing one of these charges, he has probably asked that same question of himself, and may have been asked the same thing by other people, as well. As it turns out, the answer has huge implications for the outcome of any given case. The problem, however, is that there often isn’t a clear answer, and that’s where it becomes critically important for us, as the defense lawyers, to make sure that the court does not substitute its worst-case fears or suspicions in place of that.

The main concern in any IE case is that the person’s conduct will “progress” and that he will engage in more aggressive and/or predatory sexually delinquent acts. Most of our clients are rather shocked to hear that they’ll be looked at in that way, but the fact is, most sexual predators start out small and work their way up to more serious behaviors. However clinically sound or not these concerns may be in any given case, what’s more important is the simple fact that they do exist in the court system, and any proper defense must take that into account and work around it.

Think about it this way: Imagine a news story about a sexual assault, and the report goes on to note that the person charged with it had previously convicted of an indecent exposure offense, but was only given a short course of probation (meaning a “slap on the wrist”) by the Judge in that case.

No Judge wants to be that Judge….

Thus, the operating principle underlying everything the court system does, especially in IE cases, is “better safe than sorry.”

For anyone who has been losing sleep over the prospect of getting locked up for an IE charge, this news can be so unburdening that they don’t really care about anything else.

That’s because the bad news is that being required to complete extensive counseling IS a very realistic possibility for anyone convicted of an indecent exposure offense.

Remember, the courts always think in terms of better safe than sorry…

My professional interest in IE cases goes a bit deeper than just as a criminal attorney. My undergraduate degree is in psychology, and years after becoming a lawyer, I went back to the University campus and completed a post-graduate program of addiction studies (a more specialized field under the larger umbrella of psychology) that included sexual addictions and related pathologies.

Thus, in addition to the lawyer in me wanting to protect my clients from getting hammered, the part of me that has the education and interest in psychology wants to make sure that none of them is treated by the courts for having inclinations or problems that aren’t really there, and that anyone who needs assistance gets the right help.

Having handled more IE cases than I can count, and more than any other lawyer I know, I can say this with complete honesty: The overwhelming majority of our IE clients have NOT had any kind of underlying sexual delinquency problem that needed specialized counseling or treatment.

Most are one-time offenders who, once caught, are truly “scared straight.”

To be sure, my team and I have handled some pretty severe cases for repeat offenders who have had some kind of underlying psychological issues regarding exposing themselves, but those were far more the exception, rather than the rule.

The fact is, the average guy who gets charged with an IE offense was either just doing something stupid, got caught up in a compromising situation, or was or otherwise “acting out.”

Of course, the court, for its part, is going to make sure that anyone who was “acting out” finds more constructive ways to relieve his stress, and thats’s as it should be.

One circumstance that’s not all too uncommon involves men going to places where other men are known to gather for sexual liaisons. Sometimes, these turn out to be sting operations run by law enforcement.

Other times, one man might misread what he assumed was the interest of another, and the police wind up getting called.

Sometimes, the police may just show up at what turns out to be the wrong time for everyone involved.

Indeed, we’ve had cases where married couples have been caught with partners who weren’t their spouses having relations in a vehicle.

Yet for all of those, lots of case simply involve straight-out flashing.

At the end of the day, though, almost all IE cases fall into 1 of 3 categories:

1. Flashing for the sake of flashing;

2. Exposing one’s self for the purpose of demonstrating sexual interest in the hopes of reciprocation, and

3. Getting caught having some kind of sexual relations with another.

Sticking with the numbers and categories for a moment, it’s also true that people who get caught engaging in these behaviors are almost always 1 of 2 types:

1. Those who will NEVER do anything like that again (thankfully, the majority), and

2. Those who will, even though they may be “scared off” for awhile.

When questioned about the incident that got them in trouble, nearly every last person caught up in an exposure situation (especially the 1st type) will insist they never intended to actually hurt anyone, even though they’ll admit, when called on it, that flashing an unsuspecting and/or an uninterested person is a kind of harm.

This in even more true – and way worse – if children are involved in any way.

For the overwhelming majority of people facing an IE charge, the experience of having been arrested, and the fear and humiliation that goes with that is MORE than enough to ensure they’ll never do anything like it again.

There is probably no offense, and no offender, who is more amenable to being “scared straight” than someone going through an IE case (at least for those who don’t have any kind of underlying psychopathology).

Again, if the reader is the person facing any kind of IE charge right now, then you probably feel the truth of this right in the pit of your stomach.

Even though they are a distinct minority, there are still plenty of “repeat customers” who keep on offending, and these are the guys who make it tough for everyone.

Our job is to make sure the court knows, and, even more important, believes, that our client is NOT one of them.

This requires a lot more than just saying so, and that has to be done well enough to overcome the ever-present “better safe than sorry” inclination of every Judge.

To be fair, the whole “better safe than sorry” approach of the court system is understandable, and thus, recognition of it is what really must guide our efforts to make things better for the client. In other words, we have to carefully navigate around it to get a better sentence.

It’s quite normal, in most IE cases (other than those that involve something other than 2 people getting caught in consensual sexual activity) for the court to have the person evaluated to determine whether there is any underlying psychopathology or proclivity toward further sexually delinquent behavior.

Accordingly, even if a person is nothing more than an exhibitionist, he or she must learn to NOT let such tendencies lead him or her into criminal activity.

While it’s not a crime to be an exhibitionist, it is a crime to expose one’s self unlawfully.

Similarly, it’s not a crime to be an alcoholic, but it violates the law to drive while drunk.

Of course, the court system has concerns that go much deeper than person merely being an exhibitionist. The biggest fear, as I noted before, is that a person has the potential to progress into more serious sexually delinquent and/or predatory behaviors.

In our practice, we often get the “jump” on these issues and arrange for our clients to have a separate, private evaluation with a respected specialist to head off any such concerns.

This can be extremely helpful in resolving a case more favorably.

The last thing a person wants to do is hire some lawyer who only handles the legal side of things, stands by while court orders an evaluation with whomever it uses (different courts use different, and usually local counselors, for various kinds of evaluations), and then does nothing more than wish the client “good luck.”

Indeed, good luck with that.

Instead, a proper evaluation can be helpful at almost every stage of the case, and we know when to get one and how to use it.

Remember, the whole reason for having this done this is to make things better, and better, in that sense, means a more lenient outcome.

Thus, my team and I will use an evaluation strategically, and always to our client’s advantage.

I often say this about DUI cases, but the same thing holds true in IE cases:

Success is best measured by what does NOT happen to you.

Our firm will always make sure we produce the very best outcome humanly and legally possible to avoid every possible negative consequence for our clients, and we’ll do that based upon our extensive experience handling IE cases.

No lawyer can do more, but no lawyer should do less, either.

If you are facing an indecent exposure charge, or have been contacted by the police about an alleged IE incident and are looking for a lawyer, be a wise consumer and do your homework. Read around, and see how lawyers explain indecent and aggravated indecent exposure cases, and how they explain their approach to them.

If your case is pending or may be brought anywhere in the Metropolitan-Detroit area (meaning any municipality in Wayne, Oakland, Macomb, Lapeer, Livingston, St. Clair or Washtenaw County) give us a ring.