As a Michigan DUI and driver’s license restoration lawyer, I deal with problems caused by drinking all day, every day. To be sure, most people arrested for a 1st offense DUI don’t have a drinking problem, but it is also a well established fact that, as a group, DUI drivers do have a higher incidence of such problems than the population at large. By the time someone gets to his or her 2nd DUI, however, the likelihood that he or she is struggling with a troubled relationship to alcohol goes from merely possible to very probable, and when it’s a 3rd (or subsequent) DUI, the question shifts from having a problem to how serious it has become. In driver’s license restoration cases, where the existence of a drinking problem is presumed, the focus turns to what has been done to fix it, and whether the person can prove that he or she is a safe bet to never drink again. In this article, I want to look at the concept of recovery from a problematic relationship to alcohol. 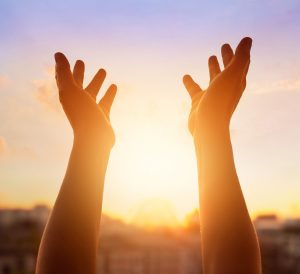 It is a given that nobody sets out to develop a drinking problem. Sure, there are some people who, by their partying behavior and wild attitude, seemed destined to run headfirst into one, but had you ever confronted them during the time they were acting all crazy and drinking too much, they would have dismissed your concerns. The point is that when a problem begins to develop within a person, he or she is almost always the most blind to it, and usually the last to see it – if they ever do. The sad truth is that most people either don’t ever see themselves as having an alcohol problem or, if they do, are unable to get over it. Thus, it is a starting point for any discussion of recovery that most alcoholics (that term is used loosely here, and really means anyone whose drinking has begun to cause problems) DO NOT recover. In fact, from what we have come to know about the development, diagnosis and treatment of alcohol use disorders, the simple fact remains that recovery is far more the exception than it is the rule.

Although the concept of “recovery” is deep enough in its own right to fill a library full of books, one general and universally true observation is that people don’t get sober because drinking is working out well for them. When a person really decides to quit drinking for him or herself (rather than for someone else), it’s often because he or she has hit some kind of “bottom.” The idea of hitting bottom seems simple enough, but in the real world, even among those who do recover, some people hit many false bottoms before they hit the real one. When someone hits that real bottom, however, there is no mistaking it, because it becomes the pivot point for huge changes that will dramatically affect the rest of their lives. Whether sobriety comes as a result of hitting bottom, or more gradually, by a kind of tipping of the scales in favor of not drinking anymore, once you are really in recovery, then you just “know” this, and feel it in the very fiber of your soul.

The AA people often describe one of the motivations to get sober as “being sick and tired of being sick and tired.” That describes it for some people, but others point to waking up in jail, or spending a stretch of time in jail, or losing a job, or a partner, or spouse, or any number of things that all share the common factor of being undeniably negative. Another great AA saying that really captures the essence of how someone begins to turn the corner on the way they see their drinking is the idea that, “I didn’t get in trouble every time I drank, but every time I got in trouble, I had been drinking.” For most people, the process of recovery begins by overcoming their own self denial about the reality of their relationship to alcohol. Again, no one decides to quit drinking because it’s working out too well.

AA is a great program, and it has really helped frame many of the larger concepts of recovery, but it is certainly not right for everyone, or, truth be told, even most people. For a long time, AA was the only game in town as far as recovery was concerned. Not anymore. Today, we know that people recover in all different kinds of ways. A key to understanding real recovery is being able to differentiate it from the mere abstinence from alcohol. All sober people are abstinent, but not all abstinent people are sober. This is something that truly sober people really “get.” Oftentimes, people who do get sober will have tried, any number of times, and for various lengths of time, to do so before. In those early attempts, some people only manage to rack up a few days, while others make it a few months, or even a few years, but eventually fall back into drinking again. When they do quit for good, however, they instinctively sense a qualitative difference between all those past periods of abstinence and the newfound feeling of real sobriety.

One of the hallmarks of real recovery, looking in from the outside, is that you can stand back and almost watch the trajectory of a person’s life rise once they start living a sober lifestyle. People who get sober start to accomplish good things. They start to feel better, physically, emotionally and even spiritually. They ditch the drinking pals and begin to earn back the trust and respect of the people who really matter in their lives. They finish degrees or certifications, and they get new, better jobs, or do better at their old job and get recognized for it. They see how people get caught up in the cycle of working hard all week, thinking the reward for that is to party hard on the weekends. Over time, those weekends start sooner and end later. When sober people look back on how things used to be, they can’t imagine wasting their time like that. Sober people actually “do” things; some go all out and start getting fit and involved in all kinds of activities, while others just chill and learn how to enjoy time at home, with their family, and/or their pets, and yes, even the TV set.

It may be possible to “fake” some of the things about recovery, but there is an undefinable and underlying essence to what it means to really get sober that is so profound and so “real” that you cannot help but know it when you see it. It is a state of being, almost like the feeling of being in love. If you’re really sober, you don’t need anyone to define it for you, because you just feel it. By contrast, if you’re thinking you can have a cocktail or a glass of wine someday, then you’re not quite there yet. Don’t worry, because sobriety comes as sobriety comes, and plenty of people only stopped drinking due to some outside force and then noticed how much better their lives became and their abstinence evolved into real recovery. This, of course is very different than the more common experience of “hitting bottom,” but the simple truth is there is no set pathway to sobriety. In that sense, it is both a journey AND a destination.

Among the many benefits of getting sober, people in recovery stop getting in their own way and making bad decisions about drinking (or using drugs). Once a person’s drinking (and/or drug using) behavior begins to cause problems, it is has already become a problem, and there’s no going back. It is still an unsolved mystery why people will go through the same kinds of negative experiences, and only a lucky few manage to get sober, while most will continue to drink. It’s unfortunate that you can’t put the cart before the horse and allow these people to experience how great recovery really is, but that’s part of the human condition, and is also one of the reasons why those who do get sober are all about being grateful. Another AA saying is that “gratitude is the attitude,” and it applies to and is felt strongly by everyone lucky enough to move past a drinking or substance abuse problem.

In the context of OWI cases, as much as getting arrested and everything that comes after sucks, some people use that experience as a turning point to get sober, and, when thinking back on it, are thankful for the opportunity to turn things around. Sure, it would have been better to have one’s epiphany on a beach somewhere, but you can’t really appreciate how good things can be without knowing how bad they can get.

For those contemplating a driver’s license restoration appeal, recovery is everything, and I mean that literally. The whole license appeal process is about making sure a person has quit drinking for good and has the commitment and the tools to live an alcohol-free life. An important part of my job is to help my clients tell their recovery story within the framework of the license restoration process, even if they’ve never thought about the journey from drinker to non-drinker as any kind of “story.” It absolutely is, and we’ll capture the essence of it in a way that will win your license back, guaranteed.

For all that can be said about recovery, the bottom line is that those who are in it do, really, just “know” it, while the best we can hope for those who aren’t there yet is that they make it someday. If you’ve made it, good for you. If not, never stop trying. Most people don’t get there the first time.

If you’ve lost your Michigan driver’s license, or otherwise have a Michigan “hold” on your driving record, and you’ve honestly quit drinking, I can get you back on the road, guaranteed. If you are facing a DUI anywhere in Oakland, Macomb or Wayne County, we can make things better. For those who may want to take a closer look at their relationship to alcohol, I can help. Having completed a post-graduate program of addiction studies, I can work with you to explore your options as far as counseling and treatment. For those who simply want solid DUI representation and have no interest in anything more, I can do that, as well. All of my consultations are confidential, and done over the phone, right when you call. You can reach my office Monday through Friday, from 8:30 a.m. until 5:00 p.m., at 1-855-DUI-MICH (855-384-6423) or 586-465-1980. We’re here to help