If someone picks up a drink after having abstained for any length of time and does not think of that as a “relapse,” then he or she probably doesn’t have a good understanding of what it really means to be sober. This is a problem for a driver’s license restoration appeal, and can complicate a Michigan DUI charge, as well. This will be a short, 2-part article (it was just a bit too long for one installment) examining the importance of how a person self-characterizes drinking again after having stopped for a while. 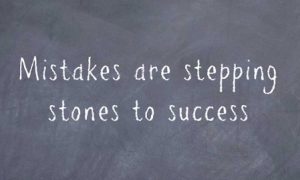 More than anything else, it shows that the person was never committed to abstinence as a component of sobriety. Only when a person genuinely accepts and understands that his or her relationship to alcohol has become troublesome does he or she also know that any drinking thereafter is a problem. That kind of insight changes everything.

When a person who hasn’t had a drink for a certain amount of time picks up again (even a single drink), but doesn’t consider it a relapse, or “slip,” it is safe to say that he or she was never really “sober “in the first place. In fact, it’s safe to say that he or she doesn’t even have a basic understanding of what real sobriety is all about. This kind of thinking stands as a complete roadblock to success in a driver’s license restoration case, and can turn a regular drunk driving case into a nightmare.

For everyone who does, eventually, get sober, it is that last drink that was the first step toward real sobriety. I’ve had plenty of clients who only came to understand the power alcohol had over them after having abstained for a period of time and then drinking again.

People run the gamut with how picking up again becomes such a lesson and turning point. For some, all it takes is a single drink, for others, a whole night of drinking, and still others go back to drinking for various lengths of time (from days to months to years) until they’ve finally had enough and decide to quit, for good.

What all these relapses do have in common, though, is that they hammer home to the person that drinking just doesn’t work anymore.

In the course of being DUI and driver’s license restoration lawyers, we talk to people all the time who are clearly in the midst of a drinking problem and will, without a second thought, say that they “used” to drink too much, but now only drink “once in a while,” or something similar.

This a classic example of what it means to be in denial. If someone is calling about a driver’s license restoration or clearance appeal, this is an IMMEDIATE deal killer. Let me explain…

The whole point of a license restoration or clearance appeal is to prove that a person has quit drinking and is likely to never pick up again.

The rule governing license appeals requires that a person show his or her alcohol problem is “under control,” meaning he or she has NOT had a drink for a certain period of time, and that his or her alcohol problem is “likely to remain under control,” meaning that he or she has the commitment and tools to remain alcohol-free for life.

By admitting that they had stopped drinking for any length of time, only to go back to it (however infrequently they claim), a person not only shows that they don’t understand sobriety, but also that they don’t meet the legal standards to win a license appeal.

There is no allowance, within the concept of sobriety, for any consumption of alcohol.

Likewise, there is no room, in the context of a license appeal, for a person to have so much as another sip of booze, ever. Indeed, the idea that a person even MIGHT pick up a drink at some point in the future is enough to completely derail his or her chances of ever winning back a driver’s license.

Remember, the main rule governing license restoration and clearance appeals requires proving that someone is “likely” to never drink again. This means a person has the burden of proving that he or she is a good risk to never consume any alcohol until his or her last breath.

The Michigan Secretary of State, for its part, has drawn a line in the sand; among the people who have lost the privilege to drive because of multiple DUI’s, only those who don’t drink at all and are committed to never drinking again are even considered candidates to get their licenses back.

When someone talks about still drinking, or admits to having been alcohol-free for any length of time, only to drink again, and doesn’t characterize that last drink as a relapse, that translates to them being a million miles from anywhere near ready to win a license appeal.

The state has ZERO interest in any explanations about how a person can handle it now, or won’t drive, or only drinks at home, or anything like that. To the state (and the under the law), once you’ve racked up 2 or more DUI’s, you are a proven risk around alcohol.

It’s gets worse before it’s gets better: as a general rule (and there are lots of exceptions), the Michigan Secretary of State, through its Administrative Hearing Section (AHS – soon to be called the Office of Hearings and Appeals), gets very concerned about relapses. This is essentially broken down into 2 types of people.

The first is easy to understand, and is comprised of people who quit, go back to drinking again, quit again, go back, and so on. These are more or less “serial-relapsers,” and their history tends to negate the idea that they can get and stay sober.

The second type has 1 or 2 long (at least longer) period(s) of prior abstinence, followed by a return to drinking. If someone has managed to go 5 years without a drink, but then drinks again, it raises concerns that he or she may either just not “get it,” or there is some kind of “itch” that flares up every so many years.

This is more of a problem when a person with something like 5 years clean before a slip thereafter wants to get his or her license back after a year and a half sober since that relapse. The question the Secretary of State must answer is, how long is long enough to make sure it’s for real?

The answer, of course, is “it depends,” but that itself is based on the idea that a thorough inquiry will be provided about how and why this new period of abstinence is different, and how it represents real recovery and genuine sobriety, whereas the previous stretch did not.

For all the analysis that we could do, the notion that a person could genuinely and meaningfully describe his or her return to drinking as a “relapse” says it all. By contrast, the idea that he or she could or would not is just as telling.

We’ll stop here for now and come back in part 2 by looking at how DUI drivers present as a higher risk group. We’ll also explore how the fact that someone had quit drinking and then picked up again makes that even worse.