The most important concern of anyone facing a Michigan criminal or DUI charge is “what’s going to happen to me?” Whatever that is, it happens at sentencing. At sentencing, the Judge decides what to do to a person who has been convicted of or pled guilty to a misdemeanor or felony offense. In a very real way, it’s the day of reckoning, or the day a person will “face the music,” so to speak. For many, the biggest part of this is finding out if they’re going to jail or not. As we’ll see, however, that concern is rather misplaced. 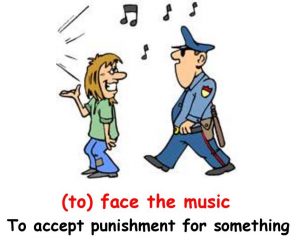 The sentencing is a legal proceeding. It’s when a person’s sentence gets imposed. The “sentence” is a court order specifying the things a person must do, can do, and is forbidden from doing. For example, a person sentenced for a 1st offense DUI may be put on probation, required to complete some classes, be allowed to leave the state only for work purposes and/or a scheduled vacation, but also be forbidden from consuming alcohol during probation, and required to test to ensure compliance.

It’s very important to understand that a sentencing doesn’t happen in a vacuum. The lawyer for the person being sentenced can (and should) play a huge role in how things turn out; we’ll look at that later. For now, what matters is that the sentencing is where the Judge orders what will happen to a person. Circling back to our DUI example, I often point out that success in a DUI case is best measured by what does NOT happen to the person facing the charge

In terms of a sentence in a criminal or DUI case, less is always more.

Any discussion of sentences in criminal cases should begin by looking at staying out of jail or prison. In order to keep this article short and simple, I’m going to skip over the subject of prison, because it really doesn’t affect the kinds of cases my team and I handle.

Just to clarify things a bit, though, the difference between jail and prison can basically be boiled down to this: a person can only go to jail for 1 year or less, whereas prison sentences almost always begin with at least 1 year, and can be for any term of years beyond that, including up to life.

Our practice concentrates in DUI cases and a relatively narrow field of other kinds of criminal charges – matter like suspended and revoked license cases, indecent and aggravated indecent exposure charges, drug possession cases, and embezzlement charges. Because we don’t handle things like rape and murder charges, our clients are almost never at any real risk for a prison sentence.

In simple terms, prison is generally for really serious offenders, while jail is not.

While jail is always a theoretical possibility for any misdemeanor charge, and either jail or prison is theoretically possible in a felony case, neither is very likely for our clients.

In a 1st offense OWI case, for example, jail is realistically not on the menu. Sure there are exceptions, but it is  basically only a possibility (and not a sure thing) with one local, Detroit-area Judge.

That possibility of going to jail changes, however, for something like a 2nd or 3rd offense DUI. It’s at this point where the “what’s going to happen to me?” question becomes of far more consequence.

In that same way, even though jail doesn’t loom as a big threat in an indecent exposure case, getting balled up in all kinds of counseling sure does. While jail is certainly the worst possible outcome, getting put on some kind of “probation from hell” isn’t exactly a great outcome, either.

Nobody wants to go from the frying pan into the fire. Here’s what I mean:

Very often, we see people facing criminal charges laboring under the misconception that as long as they don’t go to jail, everything will be fine. To be sure, staying out of jail is the first priority, but it does little good to avoid jail, only to then get slammed with an impossibly difficult probationary sentence.

It’s the lawyer’s job to make sure a person doesn’t wind up being placed under so many conditions that he or she is set up to fail and violate his or her probation.

In most cases, the sentencing takes place as a separate hearing, a number of weeks after (depending on the kind of case, anywhere from about 3 to 6) a plea, or, if there has been a trial, a conviction.

By law, a person must undergo what is called a “pre-sentence investigation” or “PSI” prior to going back before the Judge in all DUI cases, and in all felony cases, as well. The law also allows a Judge to require a PSI in ANY case, even if it is not mandated by law.

Here’s what is so important: the whole purpose of a PSI is to produce a written sentencing recommendation that advises the Judge what he or she should order based upon all that information obtained about the person, and what level of intervention (things like education and/or counseling) and supervision is deemed appropriate.

In the real world, these sentencing recommendations are followed very closely; so much so, in fact, that it’s fair to call each one a “blueprint” for what’s going to happen in any given criminal or DUI case.

That’s not to say that every Judge follows every recommendation to the letter, but very few Judges regularly deviate from them in any significant way.

This means that anytime there will be a PSI and sentencing recommendation, it’s far more important to do what’s necessary to make it more favorable in the first place, rather than hoping you can show up in court later, and convince the Judge not to go along with it after the fact.

Unfortunately, it’s the “after the fact” approach that’s taken by far too many lawyers.

In every DUI case, for example, the law requires that the person also undergo an alcohol assessment. This is a mandatory, written screening test. The answers each question on the test have a point value, and the results are “scored,” with that number being compared to a scoring key.

According to that key, a person can test out as not having an alcohol problem, being at risk to develop one, or having one in either the early, middle or late stage.

This is huge. It is nearly impossible to overcome a less than satisfactory result on an alcohol screening and/or the PSI as a whole. This is why we prepare our clients and make sure they understand what to look out for, both on the mandatory alcohol screening test (some of the “better” answers are counter-intuitive) and throughout the larger PSI process.

I have examined the PSI and the alcohol screening test within many of the other articles on this blog, both in the DUI and criminal sections. I’d urge the reader to scroll through them, or use the search box to the right, because there is a lot to all of that, and it’s worth knowing.

No matter what, it is FAR better for a lawyer to be in the position of urging a Judge to follow a more favorable and lenient recommendation than it is to try and convince him or her to not go along with one that is already in his or her hands.

Once the PSI has been done and the recommendation sent to the Judge, the framework for how things will ultimately play out has largely been established.

Remember, success in a criminal or DUI case is always best measured by what does NOT happen to you.

Of course, there is a lot more to the whole subject of the sentencing in a criminal or DUI case. However, the main point of this piece is that what happens to you is decided and ordered at the sentencing. When we think about outcomes and results, the real barometer of how things turn out is the sentence that’s handed down.

If you are looking for a lawyer for a criminal or DUI case, be a good consumer, and do your homework. Read around and see how lawyers explain things in their writings, and how they explain themselves, as well. When you’ve done enough of that, start checking around.