As Michigan DUI lawyers, we understand the panic that many people experience following a DUI arrest. The sense of fear they have is often palpable. Unfortunately, this level of stress sometimes leads people to rush out and hire some lawyer, even after-hours, or over the weekend. That’s a mistake. Instead, and as I’ll explain in this article, the best thing a person can do is take the time to look around and comparison shop from the full range of legal help that’s available. 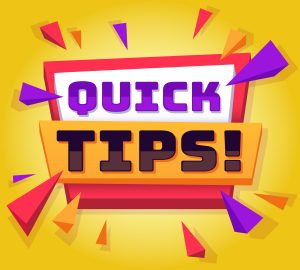 Finding a lawyer should be undertaken with the understanding that it’s something of a process. It’s a given, for example, that every lawyer (and everyone else in business) loves referrals. When someone calls our office at the suggestion of a prior client, I am flattered. However, I also find myself a bit bummed out if I learn the person hasn’t checked around at all, and is instead relying entirely on someone else’s recommendation. My ego wants our firm to have been chosen from among the competition, and wants to have won the comparison contest.

When someone contacts us about a DUI, I always hope they’ve already seen this blog and found that I’ve satisfactorily addressed some of their questions or concerns. Of course, I know people are in good hands with us, but I want them to know that, as well. The point I’m making is that if you’re referred to a lawyer – even our firm – you still owe it to yourself to check around and do some comparison shopping. I’ll repeat this theme throughout this article, but the fact is that there is simply NO downside to exercising good consumer skills and exploring your options.

If a person’s refrigerator dies suddenly and he or she needs a new one right away, they’ll at least take some time to look around a little bit and do some comparison shopping, right? Why would anyone do less for something as important as hiring a lawyer for a DUI case (which will probably cost more than a new refrigerator, anyway)?

This makes sense as I write it, and I’m sure it makes intellectual sense to anyone reading it, but in real life, people tend to get freaked out when they’ve just spent what is often their first night in jail following a DUI arrest. Once released, it’s normal to feel vulnerable, and the idea of having some lawyer in their corner to “protect” them sounds great.

Of course, it’s always great to be represented by a good lawyer, but there’s no reason to run out and hire the first lawyer one can find. Whatever else, no attorney has ever blown a DUI case out of the water over the weekend, or the very next day.

If someone is arrested on a Wednesday, Thursday, or Friday, and starts contacting lawyers on Saturday, there is absolutely nothing any lawyer can or will do over the weekend that will make any difference whatsoever to the outcome of his or her case.

However, to some lawyers, and by that, I mean the “phones answered 24 hours” and “evening and weekend appointments available” kind of operations, these potential clients are a gift because they are freaked out, vulnerable, and often mistakenly believe that they need to hire a lawyer ASAP.

For those lawyers, completely independent of their legal skill, just being the first to call someone back is enough, as the saying goes, to “hook ‘em and book ‘em.”

The simple fact is the ONLY person that benefits from these quick decisions is the lawyer who gets hired.

Assume that Tough Luck Tommy gets a DUI on Thursday night. He gets out of jail Friday, goes and gets his car out of impound, and then, after getting home and showering, he calls his best friend, who recommends Larry the Lawyer.

On Saturday, Tommy talks with Larry, who invites him to the office for a “consultation” later that day. Tommy goes in, likes Larry, and hires him on the spot.

Tommy doesn’t know it, but Larry is actually a wonderful DUI lawyer.

And that’s the point: Tommy doesn’t know that.

What if Larry talked a good game, but really wasn’t that good with DUI cases?

What would it hurt if Tommy, even after meeting with Larry, decided to wait until a few days later so he could check around a bit during the work week, on regular business days (M-F)?

If it turned out that Larry really is the best lawyer for the job, then Tommy could feel even better about going with him.

And if Larry had enough confidence in himself, he would encourage Tommy to do just that.

However, what if, while looking around, and for any of many possible reasons, Tommy found some other lawyer who turned out to be a better choice – even if only a better choice for him, or his case?

DUI cases takes months to wrap up. Any feelings a person has that he or she should hire a lawyer quickly are actually misplaced within the wider canvas of how things really play out.

No matter what, there is absolutely no downside to taking one’s time and doing some comparison shopping for a lawyer.

I realize that the whole concept of “looking around” sounds rather vague, but that’s intentional. The overriding idea is to at least explore one’s options well enough.

What is “enough” can vary from person to person.

At a minimum, a person should read around. This means to spend some time comparing the information lawyers put out, but it doesn’t mean doing this forever, either, because there also comes a point where someone can get stuck just reading endlessly, and falling into what’s called “the paralysis of analysis.”

In our office, we encourage potential clients to check around, and even to call us back to compare notes with antyhing they have heard from some other lawyer.

In our minds, of course, we assume a person is going to be reasonable about that. No lawyer wants to do 12 consultations with the same prospective client and spend more time talking about a potential case than they’d actually spend working on it.

To put it bluntly, a person should aim to be a good consumer, but not a pain the a$$.

It’s important to not only read what lawyers write, but also take the time to read a little bit between the lines, as well. Of course, that applies to this blog and our website, as well.

Common sense is a good guide. If some lawyer makes things sound too good to be true, that’s a red flag.

By contrast, if any lawyer resorts to fear-based marketing and then tries to position him or herself as the one to save the potential client from all the scary things they’ve brought up in the first place, that’s a clear signal to move on.

Reviews can be helpful, but a consumer should be wary of any operation that seems too heavy with positive testimonials. The best in any field of endeavor doesn’t have to overboard to prove themselves.

At the end of the day, and above everything else, about the very best thing a person can do is to actually call a law office. You can learn a lot from speaking to an actual living person.

My team and I do all of our initial consultations by phone, during regular business hours, right when a person calls. We don’t have evening or weekend hours, although, personally speaking, I answer emails all night and throughout the weekend, because that’s when I’m usually on the computer writing these articles.

I have long warned people to at least be careful when it comes to making an appointment for an in-office consultation, precisely because of that “hook ‘em and book ‘em” mentality.

At least as of this writing, most legal work is still being done remotely. Aside from the how things are being done now, because of the pandemic, a main goal of office consultations with many lawyers is to get someone into what’s called the “client chair” and get retained before he or she leaves.

For what it’s worth, our firm has NEVER done that.

I find such tactics repulsive.

I would never want them used on me, and would therefore never try them on anyone else.

Any law office worth consideration will be glad to talk about a person’s case over the phone. From the consumer’s point of view, that’s much better than being required to “come in.” This way, if the person does wind up calling some high-pressure law office that pushes him or her to either make a commitment or pay a retainer over the phone, they can just hang up.

It’s a lot easier to do that than to get up and walk out.

At every law office, the person who answers the phone is, by default, the “Director of First Impressions.” If some lawyer answers his or her own phone and seems “dickish,” that’s a bad sign, and things are not likely to change.

If someone else answers the phone and seems clueless, that’s also a bad sign, and not likely to change, either.

Although it kind of seems obvious, what a person should look for is to have his or her call answered by someone who is kind, helpful, and knowledgable. And yes, this is a shameless bit of self-promotion, given that I think that’s exactly what you’ll find when you call our office.

Nobody should ever consider accepting anything less.

No respectable law firm will never pressure anyone to hire them, pay money, or make an appointment.

“Closing the sale” is for salespeople, not lawyers.

Instead, any DUI lawyer who worth hiring will have enough respect for a potential client as well as enough self-respect to want that person to check out his or her options and be confident in their hiring decision.

Perhaps not all of them will make the suggestion outright, like we do, but any practice with half a brain will at least be understanding of a person’s need to do some comparison shopping.

And that brings us right back to where we started: There is absolutely no downside to being a good consumer and checking around when you’re looking for a lawyer.

If you’re facing a Michigan OWI charge, make it a point to be that good consumer and do your homework. Take the time to read how lawyers explain the DUI process, and how they explain their approach to it. When you’ve done enough of that, start checking around. You can learn a lot by talking to a live person

If your case is pending anywhere here, in the Metropolitan Detroit area (meaning anywhere in Wayne, Oakland, Macomb, Lapeer, Livingston, St. Clair or Washtenaw County), give us a ring. All of our consultations are free, confidential, and done over the phone, right when you call.

My team and I are very friendly people who will be glad to answer your questions, explain things. and even compare notes with anything some other lawyer has told you. We’ll tell anyone who calls us to check around, and to feel free to call us back to do just that, or ask more questions.