The real world consequences of a 2nd or 3rd offense OWI charge are a lot different and more “real” than anything a person will get from a 1st offense DUI case. This 3-part article will not be some fear-based legal marketing piece, but rather an honest assessment between what are really 2 very distinct classes of DUI offenses. In the following sections, I want to examine 2nd and 3rd offense DUI cases in Michigan and see how they are fundamentally different than 1st offense cases, why that matters, and explore some options for making things better. 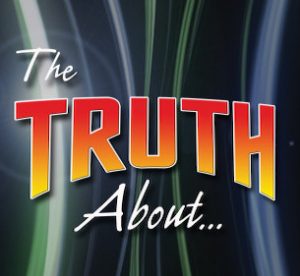 To be sure, the biggest and most obvious difference between a 1st offense DUI and 2nd and 3rd offense charges is the seriousness of the matters. While there is a veritable laundry list of potential legal penalties for all DUI cases, with plenty unique to 2nd and/or 3rd offense cases, an important part of our focus in this piece will be on the things that either will, or are very likely to actually happen. Beyond penalties, there is just something fundamentally problematic, in every sense of the word, about a repeat offense DUI that is entirely absent in a 1st offense case.

For example, in Michigan, anyone convicted of 2 alcohol-related driving offenses (DUI’s) within 7 years, or 3 such offenses within their lifetime is legally categorized as a “habitual alcohol offender.” There are numerous implications to this, but 2 things that will be felt very strongly by anyone facing either a 2nd or 3rd offense DUI is the revocation (as opposed to the mere suspension) of the person’s driver’s license, and the practical consequences of that legal presumption that he or she does, in fact, have a drinking problem.

The reader will notice that I didn’t mention anything about staying out of jail. While the risk of jail increases significantly from a 1st offense to a 2nd offense case (more on that later), the fact is, jail is NOT a certainty, even for those initially charged with a 3rd offense DUI. Jail is something everyone worries about, but it is NOT an absolute certainty, and that even in those repeat offense cases where some jail time is mandated, it’s usually measured in days.

By contrast, the driver’s license sanctions and the problems caused by being a repeat offender who is presumed to have an alcohol problem will last for years, not days.

The focus on and fear of going to jail, while natural, really ignores the longer-lasting things that will or are very likely to happen to someone, like having to report a 2nd or 3rd offense DUI to a professional licensing agency, or to one’s employer.

Even if a person isn’t required to report a DUI to his or her employer, the whole driving situation gets complicated fast without a license. While this is a serious inconvenience in terms of getting back and forth to work, it’s a nightmare (and can even be a deal-breaker) for anyone who must drive as part of their job.

In Michigan, everyone convicted of 2 DUI’s within 7 years, or 3 within 10 years (the law regarding driver’s license sanctions is a bit different than the criminal law in 3rd offense cases) will, without exception, have his or her driver’s license revoked. This is very different from a suspension; a license revocation means that it is taken away for good.

These license penalties are automatic and set by law. Moreover, because jurisdiction for their imposition resides solely within the Michigan Secretary of State, no court has the ability to modify them in any way.

This leads into one of the more common lines of questions we get asked all the time – “How am I supposed to get to work?”, or “How do they expect me to support my family?” and such.

The cold hard truth is that, in the first place, there is no “they.” There is no person or bureau that expects a person to do anything. Beyond the expectation that a person won’t get into this kind of trouble in the first place, it is by automatic operation of law that anyone convicted of a repeat offense DUI will have his or her driving privileges revoked.

Second, there is no legal mechanism to get any kind of license just because a person needs one. Everybody may need a license, but that’s forfeit when someone becomes a habitual alcohol offender. This serves 2 purposes: first, it protects the public from allowing a demonstrated risk to remain on the road, and second, it is supposed to punish the offender.

That said, if a person facing a 2nd or 3rd offense case is admitted into a Sobriety Court program, Michigan law allows the Judge to override the revocation of his or her license and grant the person restricted driving privileges. More on that later.

Even though it may not sound as bad as losing one’s license, or going to jail, the presumption that anyone convicted of a 2nd or 3rd offense DUI really does have a drinking problem is also very serious, and has significant legal and practical implications. This is particularly true in the employment setting – especially for anyone who holds any kind of professional license, including those who work in the medical field.

While a person going through the DUI may disagree that he or she has an alcohol problem, the legal presumption that they do cannot simply be (and never is) ignored by any regulatory agency. In almost every legal and regulated situation, the presumption that a repeat offender has a problem with drinking applies, until and unless it is overcome. How that’s accomplished differs from setting to setting.

For example, in many cases where a person facing a repeat offense DUI holds a professional license, he or she may be required to address the presumption of having an alcohol problem by undergoing a formal substance abuse assessment. Even if this is not required, a person may at least be given an opportunity to address it through a clinically sound evaluation.

Depending on a variety of factors including, but not limited to, the results of any such evaluation, nothing more than a short course of alcohol education may be needed and the person will be required to do no more than what the court orders in that regard.

Sometimes, but not always…

In other cases, and for lots of reasons, plenty of which interact with each other, a person may have to go through counseling, and/or treatment. This can range from something short and sweet to something intense and long term.

I don’t want to confuse the reader by going round and round in ever-tighter circles, but the legal presumption that every 2nd and 3rd DUI offender has a drinking problem is automatic, although, as I noted before, precisely how that’s interpreted may differ in one situation versus another.

As another example, the presumption that a repeat DUI offender has a drinking problem is the legal basis and reason for the revocation of the person’s driver’s license. In that context, it is fixed by law, and a person cannot even attempt to overcome it in order to win his or her license back from the Secretary of State until at least 1 year has passed after 2 DUI’s within 7 years, and until after 5 years have passed after 3 DUI’s within 10 years.

This presumption is the absolute centerpiece of driver’s license restoration cases, where the legal requirement for a person to win his or license back requires proving 2 things, by what is defined in the law as “clear and convincing evidence”:

First, that the person’s alcohol problem is “under control,” meaning he or she hasn’t had a drink for a “sufficient” period of time (generally, an absolute minimum of 18 months), and,

Second, that his or her alcohol problem is “likely to remain under control,” meaning that the person has the commitment and ability to remain alcohol-free for life.

The Michigan Secretary of State, for its part, has drawn a clear line in the sand and determined that any and everyone who loses his or her driver’s license for multiple DUI’s will only be allowed to drive again when they can prove they have given up alcohol for good.

This is huge, because it means that anyone who so much as even THINKS they can ever drink again won’t get their license back. The state has no interest in considering a license for someone who will try and explain that things are different now, or that they only drink once in a while, or only on special occasions, or don’t drink that much, or only at home, or whatever.

Anyone with multiple DUI’s has demonstrated themselves to be a risk to others when it comes to their relationship to alcohol. Above and beyond everything else, the state knows one thing with absolute certainty: people who do not drink are exactly ZERO risk to drink and drive.

That’s the easy bet, the safe bet, and the only be the Secretary of State will ever take.

In the real world, a person wins his or her license back by showing how they’ve gotten sober and quit drinking, NOT by trying to show that they never had a drinking problem to begin with.

In nearly 30 years of handling and winning driver’s license appeals, I have never seen a case where the initial presumption of an alcohol problem has been disproven.

In other words, I’ve never had a case where, instead of trying proving that he or she has given up drinking for good and is a safe bet to remain sober, a person simply explained that, despite his or her multiple DUI’s, they never had an alcohol problem at all.

We’ll stop here, and pick up, in part 2, by looking at a hypothetical example of what could be a multiple DUI offender who can overcome the presumption of an alcohol problem. From there, we’ll begin looking at how people can get back on the road earlier, through Sobriety Court.