In part 1 of this article, we began an overview of how fundamentally different 2nd and 3rd offense DUI cases are from 1st offenses. We noted that while the risk of jail goes up significantly in 2nd and 3rd offense DUI cases, even that’s not a sure thing, and can often be avoided completely. Moreover, even if someone does get a short stint in jail, it’s usually measured in days, while some of the other consequences of a repeat offense DUI can last for years, and even a lifetime, and should really be the main focus of anyone facing them. 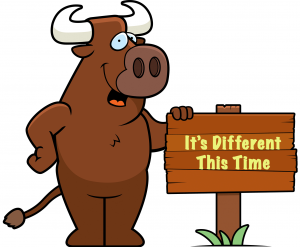 This led us to explore the things that either will, or are very likely to happen to someone convicted of a 2nd or 3rd offense charge, including driver’s licenses sanctions, as well as the potential consequences to anyone who holds a professional license, or for whom a repeat offense DUI will have an adverse impact on his or her employment. I pointed out that, by operation of law, anyone convicted of a repeat offense DUI in Michigan is labeled a “habitual alcohol offender,” and is presumed to have an alcohol problem.

In the context of a professional license, a person will have to rebut the presumption that he or she has a drinking problem, either by showing that they have gotten help, and are in recovery, or that they never had a problem in the first place, even though that’s unlikely, because of the operation of law. When it comes to winning back one’s driver’s license, there is a legal presumption that any person convicted of multiple DUI’s has a drinking problem, and anyone who thinks they can prove otherwise is wasting their time.

One day, a number of years ago, I was just kind of “BS-ing” with a veteran hearing officer at the Michigan Secretary of State, and I asked him if he’d ever seen anyone file a driver’ license restoration appeal and show that, despite having multiple DUI convictions, they had no issues with drinking. He replied that he had not, but then began to think out loud and try to sketch out a hypothetical example of someone with 2 DUI’s who, at least in theory, might be able to overcome the presumption that he had a troubled relationship to alcohol:

He suggested an older man, likely in his mid-60’s, who was never any kind of big, binge, or regular drinker. Because he seldom drinks, our hypothetical man has never developed any significant tolerance to alcohol.

As he tried to come up with a sensible story, he imagined that the first OWI occurred one night, after the guy’s daughter had gotten married. When everyone left, the guy, 58 years old at the time, stayed back at the hall with his wife to pack up the wedding presents for the newlyweds after all the guests had left.

On his way home, in the wee hours of the morning, our guy was spotted swerving by the police. After being pulled over, he tested out with a BAC of .09, just over the legal limit.

Almost 7 years later, our hypothetical man, now 65, was thrown a surprise retirement party on his last day on the job. Once again pulled over again for swerving while on his way home, the poor fellow yet again tested out with a BAC of .09.

This hypothetical is the kind of situation where a person could potentially refute the presumption he or she has a drinking problem at the Secretary of State.

This is also the kind of situation NEVER SEEN in the real world.

As I noted before, the law gives rise to a presumption, AND it is simply assumed by the state that anyone popped for 2 or more DUI’s has some kind of troubled relationship to alcohol. This is true even if the person rarely drinks, because the implication of that is the less often he or she does drink, then the riskier it is each time they do.

The good news, for those who accept that their relationship to alcohol has grown problematic in at least some respect, is that in many 2nd offense cases, a good lawyer can potentially negotiate the person’s admission into Sobriety Court.

Among other things, a person admitted into a Sobriety Court program is eligible to have the Judge override the otherwise automatic revocation of his or her driver’s license that takes place in 2nd and 3rd offense DUI cases, and can then drive on a restricted license, instead of having to bum rides for any number of years.

In many cases, getting into Sobriety COurt requires a case transfer because the jurisdiction where the charge is pending doesn’t have any such program of its own. This can get complicated, and is beyond the scope of this article, but is something we do all the time.

We can also get or have a person transferred into Sobriety Court in some 3rd offense cases (I know, because I have done it!), but the logistics of that are a bit more complicated to get into here.

Whatever else, Sobriety Court is not, and should never be considered some “workaround” for a person to avoid jail, or get a restricted driver’s license. Admission into these programs is done after a thorough screening, because there are more people who want to get into Sobriety Courts than there are slots available. Therefore, it is important to make sure that a person really wants the help that’s offered through these programs, and is otherwise a candidate for it.

At its most basic, Sobriety Court is a very intense rehabilitative program designed to help those who recognize some kind of problem with their drinking. In essence, these programs take something of “the carrot and the stick” approach, offering those who are accepted a wide range of counseling and treatment options (often, thousands of dollars’ worth at a fraction of the cost), coupled with the override of their license revocation and the grant of a restricted license as an incentive. That’s the “carrot” part of things.

The “stick” is that, when entering a sobriety court program, a person agrees to certain terms, and those include regular and frequent testing to make sure they’re not drinking or using drugs, along with automatic jail for any violation of those terms.

The penalties are incremental, so that upon a 1st positive test for alcohol, the punishment is usually something like 3 days in jail; this is usually followed by something like an automatic 7 days in jail for a 2nd positive test, and ending with a much longer period of incarceration for any 3rd violation, along with expulsion from the program. Therein lies the catch, because getting kicked out doesn’t end anything.

If a person is thrown out of Sobriety Court, they are sent back to be re-sentenced for their offense all over again. In other words, Sobriety Court is like a diversion, and if it doesn’t work, the punishment phase starts from square one. A quick example might make things easier to understand:

In Tina’s case, we’ll proceed on the basis that her original DUI case, assigned to Judge Cindy Cranky, who usually gives 2nd offenders at least 5 days in jail, is transferred out to Judge Threefer in another jurisdiction.

The Sobriety Court program in Judge Tomas Threefer’s court typically lasts for 18 months. Before she even gets through her 1st year, Tina racks up 2 violations for drinking, serving 3 days in jail for her 1st screw-up, and 7 nights for her 2nd.

A few months later, Tina drinks and gets caught drinking again. Judge Threefer expels her from the Sobriety Court program for this 3rd violation, but also, as promised, sentences her to 21 more days in jail, as well.

When she gets out, Tina isn’t anywhere near finished with court; instead, her case, at least as far as sentencing goes, starts all over again back in Judge Cranky’s courtroom.

Judge Cranky can keep Tina on probation for 2 more years, and sent her to any period of jail she deems appropriate, even though Tina just served 21 days for Judge Threefer.

Some Judges might just wash their hands of Tina, giving her anywhere up to a year in jail, while some might want to tighten down the screws and keep her under supervision, and, instead of just cutting her loose (with or without jail), put her on some kind of “probation from Hell.”

The point, of course, is that Sobriety Court can be a blessing, or a nightmare, depending on what a person chooses to make of it.

For those who complete it, Sobriety Court is a life-changer, and does provide a HUGE advantage when it comes to winning back their full driver’s license from the Secretary of State.

As both DUI lawyers and driver’s license restoration attorneys, every client my team and I get in Sobriety Court means one less potential client for us later, for purposes of a first-time license appeal in order to regain restricted driving privileges. These people will still need to go through the license appeal process to get a full license when their sobriety court restricted license is up, but from a purely financial point of view, what my practice can earn from these clients for license work is roughly cut in half.

We make this very clear to each and every person who is a viable candidate for Sobriety Court because we want them to know that, in light of the potential work we stand to lose, when we say they should consider it, we’re not kidding. Whatever else, my team and I always put our client’s interests first, as should be the case.

Sobriety Court is the best thing that can happen to some people. For those who want some help in dealing with their drinking, it sure is.

We’ll stop here, and come back, in part 3, our final installment in this piece, and examine some other important considerations that are unique to 2nd and 3rd offense DUI’s cases.