In part 1 and part 2 of this article, we started an overview of how the real-world consequences of 2nd and 3rd offense DUI cases are very different from those involved in 1st offense cases. We looked at driver’s license consequences, professional licensing reporting requirements, and ended part 2 by pointing out how Sobriety Court programs can be a lifesaver for anyone who accepts that his or her relationship to alcohol has become problematic and wants to do something about it. 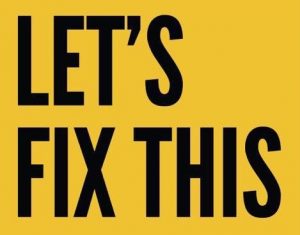 Although I don’t want to focus too much on Sobriety Court, there is another facet to this worth mentioning before we move on – kind of the flip side of the coin, so to speak. While it is required that a person admits to needing some kind of help with his or her drinking in order to get into sobriety court, there are plenty of people who aren’t interested in anything like that or who otherwise maintain that they don’t have any problem and are merely seen by the system as being in denial.

If the point hasn’t been made clearly enough so far, then it’s worth repeating here: any and everyone facing a 2nd or 3rd offense DUI is assumed and presumed to have a drinking problem. This is the single most salient aspect of a repeat offense DUI, and it will follow the person through the entire court system, through the revocation of his or her driver’s license, and will be the focus of any effort to get it back later on. Beyond that, this presumption can have profound professional and occupation consequences as well.

When a person gets popped for DUI # 2, or DUI #3, however, his or her drinking has become demonstrably risky, at least to everyone on the road.

In the real world, almost nobody ever goes to jail for either of those things. In fact, there is only 1 Judge in the local, Tri-County area (meaning Wayne, Oakland and/or Macomb County) who realistically considers sending 1st offenders to jail in order to cool their heels for a few days.

In 2nd offense cases, although jail becomes a much more realistic consideration, avoiding it altogether is still possible in many, if not most cases.

Even if somebody winds up getting “pounded” by the Judge and gets sent to jail for something like 10 days, that time will pass in the blink of an eye.

However, not having a license for years and years, or, for those lucky enough to get one in Sobriety Court, being on a restricted license for years to come, and having to deal with the practical fallout from being a habitual offender (like having to report a 2nd or 3rd DUI to a licensing body, or to an employer) will last an order of magnitude longer, and, in some situations, forever.

These are the issues that require a DUI lawyer’s attention. They are usually not at the forefront of someone’s mind as they prepare to deal with a 2nd or 3rd offense charge, because concerns like avoiding jail will inevitably take top priority. However, they are of paramount importance in any calculation of consequences that extends beyond the first few weeks.

When you’re talking about things that really matter to you, like your career and income and lifestyle, these are the things that matter most.

Of course, as a DUI lawyer, I have the benefit of nearly 3 decades of experience and hindsight. I think the best way to explain this is to look at how adults think of youth. To us, we see that for many young people, “long-term planning” only goes as far as the coming weekend, or maybe the summer vacation.

For those of us who are fully matured, and therefore see a bigger picture, long-range planning is about things like investments and financial security in the coming years and decades.

Except for the smartest among us (and people like CPAs), you’ll almost never meet an older person who didn’t wish they knew then, when they were younger, what they know now, with considerably more life experience to their credit.

It’s very much the same thing when talking about 2nd and 3rd offense DUI’s. While the initial concerns people have, and really feel in their gut, especially about things like going to jail, are understandable, for those of us who have the experience and perspective to see the bigger picture, it is the underlying implications of the things that will happen, and are likely to happen – things like losing one’s license, getting it back, employment consequences, and having to deal with the other ramification of being a repeat DUI offender – that matter most.

A good DUI lawyer will never lose sight of these things, and always make them a top consideration in every case. This is different from the fear-based marketing tactics used by some lawyers, who focus, instead, primarily on those things that scare people the most (like jail), and then make it seem like they are uniquely able to protect them.

Every lawyer should do everything possible to avoid or minimize jail for his or her client, but that’s not saying a lot. Consider this analogy (apologies to any health care professionals because it probably isn’t a medically sound hypothetical, but it serves to illustrate the point):

Imagine a person is being wheeled into the ER with a hand that has been nearly severed. The first order of business is to keep the patient from bleeding to death, and the second is to keep the hand attached, and functional.

It’s a given that everyone in the ER will try to save the patient’s life. A better level of care would then take the steps necessary to persevere as much functioning of the hand as possible, right?

The super-talented surgeon, however, will not only take care of those things, but will also look farther ahead, and work to minimize the patient’s scarring.

This is probably not at the forefront of someone’s mind as they’re worrying about just surviving, and perhaps saving their hand, but the exceptional doctor will consider what it will be like for the person a few years down the road, when he or she is wearing short sleeves, and will know that the smaller and less visible the scar, the better.

It’s like that in DUI cases. To continue our analogy, staying out of jail is great, but that’s just survival. Avoiding “probation from Hell” and minimizing the impact to a person’s ability to drive is really important, too, but that’s like saving the hand.

For the best kind of DUI lawyer, though, avoiding even the most subtle implications to a person’s record, meaning things like employment, employability, and professional licensure, is akin to the role of the exceptional surgeon, who, once the patients survival is assured, and beyond saving the hand, focuses on less obvious, long-term consequences, like making sure the scarring and any loss of super-fine function is as minimal as possible.

My team and I always keep those considerations in focus, in large part because DUI cases are the primary focus of our practice.

If you are facing a DUI and looking to hire a lawyer, be a good consumer and do your homework. Read around and see how lawyers explain the DUI process, and how they explain themselves. When you’ve done enough of that, start checking around.

If your case is here, in the Metro-Detroit area (meaning in any court in Wayne, Oakland or Macomb County), check out our firm as well. My team and I are very friendly people who will be glad to answer your questions and explain things. All of our consultations are free, confidential, and done over the phone, right when you call.