In a recent article I wrote about the standard “no drinking” requirement for everyone on bond and waiting for his or her DUI case to wrap up, or on probation as part of his or her sentence for a DUI case. I pointed out that an important part of our jobs, as Michigan DUI lawyers, is to make sure the court understands the client’s individual circumstances. I then noted that, on the flip side, we must also ensure our client understands that, with regard to some aspects of DUI cases, a person’s particular situation doesn’t matter, that things just are the way they are simply “because,” and that the no drinking condition of bond and probation is one of them. 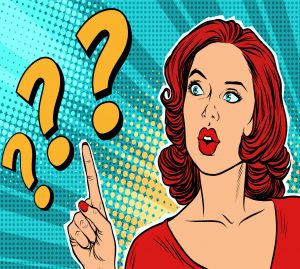 The inspiration for this article came from our senior assistant, who, after a long day on the phones, observed that no matter how clearly things are explained to some people about court procedures in DUI cases, they always have a “yeah, but…” excuse for why something that’s standard for everybody else shouldn’t apply to them. We laughed for a moment as we boiled down the phrase “yeah, but” to “yabut,”and then noted how it’s exactly that kind of thinking gets people into trouble, or in the case of someone already facing a Michigan DUI charge, even more trouble.

As I briefly addressed in the “no drinking” article referenced above (and linked below), there is always someone who will want to explain why he or she should be allowed to drink, despite the Judge’s order that he or she refrain from any consumption of alcohol while on bond and awaiting the resolution of his or her case, or on while on probation after that has happened. This is the textbook example of what we mean when we talk about someone to whom the rules and requirements have been explained, and whose first response is “yeah, but.…”

To begin, it’s important to clarify what we DON’T mean by “yabut.” Everyone facing a Michigan DUI charge has questions, and it should be instinctive for a lawyer to stand ready to answer them. As I pointed out above, just about everybody has legitimate concerns about the extent to which things apply to them, and it’s human nature for each of to at least occasionally think of ourselves as something of an exception to the rules that apply to everyone else.

Accordingly, honest questions can (and often do) begin with a genuine, “yeah, but what about….?”

By contrast, the “yabut” phenomenon we’re talking about here, in the context of Operating While Intoxicated (sometimes called “OWI,” and more casually called “DUI”) cases, is not about honest and legitimated questions, but rather about a person’s disagreement with and/or inability to accept the way things are done in the court system.

My team and I are ever mindful that one of our primary functions as Michigan DUI attorneys is to help our clients navigate through the court process and do so in a way that accommodates their life specific circumstances as much as possible, like protecting the ability to drive.

The best way to get through a DUI, though, starts with being honest with people, and telling them the truth – meaning what they need to hear, not just what they want to hear.

In that way, we have to make sure a person who regularly travels for work will be allowed to travel wherever he or she needs to go, while their case is pending, or while they’re on probation.

However, given that a “no drinking” order is a standard condition of bond and probation in every DUI case, if a person was, for example, really looking forward to an upcoming beer-tasting event, and even if he or she had already bought tickets, that’s not going to fly.

In other words, “Yeah, but I already paid for the tickets” isn’t going to cut it with the Judge.

There are all kinds of other examples I could cite, but rather than trying to plow through an almost endless list, it’s easier to focus on the difference between an honest question, and a defiant, I want to do things my way “yabut.”

In our capacities as Michigan driver’s license restoration lawyers, we see the same “yabut” phenomenon that is common in DUI cases.

In the context of Michigan license restoration and clearance cases, much of the process is even less flexible than in DUI cases. The rules governing license appeals are very specific, and the Michigan Secretary of State hearing officers who decide these matters must follow them, and have far less discretion in terms of what they can allow or order than a Judge does in a DUI case.

In that sense, it’s fair to say that, in license appeal cases, and for the most part, there is no “yabut!”

At least in a DUI case, we can ask a Judge for a workaround if, for example, a person can’t take a breath or urine test at a certain time.

I remember a case where a client had to explain the inability to walk out of an operating room during surgery to test, so the Judge allowed the person to test immediately thereafter, requiring that they (I’m being deliberate gender-neutral here to preserve confidentiality) document, to the extent possible, their unavailability at such times.

In license reinstatement cases, the Secretary of State often has no such discretion. Therefore, if a person is required to use an ignition interlock unit, then he or she will be expected to provide breath samples upon start-up and while operating the vehicle, and any failure to do so will give rise to a violation.

To be clear, there is no allowance, even for someone who has breathing issues. If a person is who is required to use an ignition interlock device and can’t blow hard enough due to a medical condition, then he or she simply won’t be able to drive at all.

There is no “yabut” there, even though the result is rather unfair.

There are lots of rules governing the license appeal process and dictating how any Michigan resident who wins back his or her license must drive for the first year thereafter. I have often called these the “million little rules,” and they can, at times, be frustrating.

However, as my team and I often find ourselves explaining, we don’t make the rules, nor do we enforce them.

Instead, we work with them and, to some extent, around them, in order to get our clients back on the road. We know our stuff and are good at what we do. We’re good enough, in fact that we guarantee to win every driver’s license restoration and clearance appeal case we take.

Even so, and for as clear as we can be in explaining how things work, we still get a lot of people who can’t help themselves from interrupting with a “yabut.”

That can be frustrating, because in many cases, it really does reflect a person’s attitude more than anything else.

There are times when we all have to do things we don’t want to do, follow rules we don’t like, and/or abide by things that are stupid. That’s just life.

When someone has a few questions about whether there can be an exception to some policy or other, that’s normal, but when a person just can’t accept the way things work, like the “no drinking” requirement for anyone on bond or on probation for a DUI offense, then he or she has some kind of problem – either with following rules, or, perhaps with drinking itself, or maybe even both.

Most of the time, it all starts with “yabut.”

I’d love to say, “don’t be that person,” but as life teaches, the world is full of people who have a blazing talent for getting in their own way.

How many times have we all seen somebody mouthing off to a worker at some place of business, looking like an idiot, and wondered why the person talking hasn’t figured out that he or she is the biggest cause of their own problems?

Yet if anyone ever said that to them, they’d probably begin their response with, “yeah, but….”

If you are looking to hire a lawyer for a Michigan DUI or driver’s license restoration appeal, be a wise consumer and read around. Read how different lawyers explain the legal processes, what’s involved, and their various approaches to these kinds of cases.

All of our consultations are free, confidential, and done over the phone, right when you call. My team and I are very friendly people who will be glad to explain things, answer your questions (even those that being with “Yeah, but…,”), and even compare notes with anything some other lawyer has told you.