In our capacity as Michigan driver’s license restoration lawyers, we receive a ton of emails from people who want to be able to legally drive again. Many of these senders point out that they have been eligible for some time to file a license appeal. However, there is a lot more that’s required to win a driver’s license restoration or clearance case than merely being “eligible.” In this article, we’re going to look at what a person must prove to the Michigan Secretary of State in order to win back his or her driving privileges. 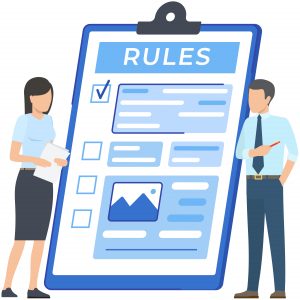 The license appeal process is governed by rules, and they control everything about the process, including how long a person has to wait to file an appeal, the kind of evidence that must be submitted when it’s filed, and exactly what he or she must prove in order to win. The rules do not take into account how much a person may “need” a license, nor do they contemplate how long a person has gone without one. Of course, it’s the need to drive again that usually motivates someone to look into restoring his or her driving privileges in the first place, but to win them back, a person must meet the standards set by those rules.

As we’ll see, the whole goal of the license appeal process is to keep anyone off the road who presents even the slightest risk to ever drive drunk again. Because there are so many variables involved in attempting such a calculation, the rules strip it down and simplify things by making clear that the people least likely to drive drunk are people who don’t drink, and, accordingly, limiting the return of driving privileges to that group alone. Put another way, the only people who can win a license appeal are those who can prove that they are a safe bet to never drink again.

It’s helpful to get a little background before examining what needs to be proven in order to win a Michigan driver’s license restoration or clearance appeal case. From our perspective, as Michigan driver’s license restoration attorneys, we see that there is often a gap between the “what” and the “why” about this when we speak with potential clients. Many will express frustration, or at least some ambivalence about the process, and say things like, “They want me to go in and say I’m an alcoholic.”

Not exactly, but there is an element of truth to such a belief, and that’s what we’ll look at now.

Under Michigan law, anyone convicted of 2 DUI’s within 7 years, or 3 DUI’s within 10 years is legally categorized as a “habitual alcohol offender.” Among the consequences of that categorization is the mandatory revocation of the person’s driver’s license, and the legal requirement that, as part of his or her DUI sentence, he or she must complete at least some kind of alcohol and/or substance abuse counseling.

Another – and critical – ramification of being a habitual alcohol offender is that every such person is legally presumed to have some kind of alcohol problem. This is huge, and it plays a vital role in the license appeal process. The whole idea that a person must show him or herself to be a safe bet to never drink again arises directly from the fact that he or she is automatically presumed to have a drinking problem.

In other words, anyone who has to file a license appeal as the result of multiple DUI’s, as the law requires, does so under the legally established presumption that he or she does, in fact, have some kind of troubled relationship to alcohol.

This may not necessarily equate to a person being what one thinks of as an “alcoholic,” but it does mean that there is no room to restore driving privileges for anyone who somehow even thinks that he or she can ever drink again.

For all the complexity there is to them, license appeals are, at the core, entirely about not drinking.

Below is an excerpt of the main rule (Rule 13) governing license appeals; beneath the reprinted section, the reader will find the 3, boiled down and simplified main points of it translated into plain English:

From all of that, there are 3 main takeaways:

This is where the whole “they want me to say I’m an alcoholic” thing becomes a sticking point for some people, but that’s only because they don’t fully understand the license appeal process. For its part, the Michigan Secretary of State isn’t nearly as concerned about labeling someone’s drinking as it is that the person can freely admit that his or her relationship to alcohol was problematic in the sense that, however much he or she did  – or did not – drink, it still wound up giving rise to multiple DUI convictions.

As an old saying goes, “Anything that causes a problem IS a problem,” and that enough when it come to racking up multiple DUI’s.

Whatever else, it’s a given that any repeat offense drunk driver is a demonstrated risk to drink and drive. As another old saying goes, “Fool me once, shame on you; fool me twice, shame on me.”

The law and the rules governing license appeals aren’t about splitting hairs, or getting into any kind of debate about exactly what kind of risk a person who still drinks, however infrequently, may present, or if his or her current behavior sufficiently minimizes that risk.

Any suggest that a person has somehow learned his or her lesson, and can now drink responsibly is a complete non-starter. Remember, a habitual alcohol offender is presumed to have a drinking problem, and the only “fix” the state accepts for purposes of restoring driving privileges is that the person has completely and permanently stopped.

People will try and argue about this, saying things like:

“I only have the occasional beer at home”

“I would never drink if I’m driving”

Any statement like that is a guaranteed shortcut to losing a license appeal case. The Secretary of State can’t even consider any such argument. Instead, it looks to a very clear line of demarcation:

Since people who don’t drink are exactly ZERO risk to drink and drive, they are the only ones who will be able to win a license appeal.

Remember, under the law, to win back one’s driving privileges, a person has to prove, by “clear and convincing evidence,” that he or she has honestly quit drinking, has been sober for that legally sufficient period of time, and is otherwise a safe bet to never consume alcohol (or get high) again.

Put yet another way, a person must prove that he or she is genuinely sober, and essentially lives a sober lifestyle.

In that context, it doesn’t matter how much, in the past, a person may or may not have drank, or how often, but rather just that on multiple occasions, when he or she did, they got caught driving while drunk.

The only bet the state is going to take is the safe bet – and that’s on people who simply do not drink at all.

To put this all together, in order to win a Michigan driver’s license restoration or clearance appeal case, a person must have accepted that he or she cannot drink anymore, made the decision to quit, and have the ability to remain sober for life.

And then, that all has to be proven, within the parameters of the rules governing license appeal, by “clear and convincing evidence.”

Among the things a person must submit are a clinically accurate and sound substance use evaluation, and relevant testimonial letters of support. Whatever else, these letters have to directly corroborate a person’s sobriety, and cannot be what a colleague of mine calls “good-guy letters,” meaning simple statements about how nice and good a person is, how tough it’s been for him or her to get by without a license, or anything like that.

A key part of our job, as Michigan driver’s license restoration lawyers, is to speak with each potential client at length, and ask the relevant questions to determine if he or she has what it takes to succeed. Our firm guarantees to win every driver’s license restoration and clearance appeal case we take, so the last thing we want to do is simply get paid, take a case that’s not ready to succeed, and then get stuck having to do the whole thing all over again, for free, as “warranty work.”

Accordingly, the consultation is very important, and rather than have someone try to figure all of this out on their own, we invite anyone looking for representation to give us a call so we can sort it out together.

If you are looking for a lawyer to win back your driver’s license, or obtain a clearance of a Michigan hold on your driving record so that you can get a license in another state, be a wise consumer and read around. Pay attention to how different lawyers explain the license appeal process, and how they explain their various approaches to it.

This blog is a great place to start. It is fully searchable, and with over 640 articles in the driver’s license restoration section to-date (and 2 new articles added every week), it has more information that can be found any and everywhere else combined.

When you’ve done enough reading, start checking around; you can learn a lot by speaking with a live person.

Our firm can handle your Michigan license matter no matter where you live. All of our consultations are free, confidential, and done over the phone, right when you call. My team and I are very friendly people who will be glad to answer your questions, explain things, and even compare notes with anything some other lawyer has told you.