Every DUI (and criminal) case formally begins with what is called an arraignment. This is the very first step in the legal proceedings, but in some courts, it can either be skipped, or take place without you being aware of it. Other courts require a person to actually show up and go before a Judge or Magistrate. As a Michigan DUI lawyer, I am always adapting to the ever-changing landscape of how arraignments are handled in the various, local Detroit-area courts. In this short article, I want to pass along a few things that anyone arrested for a OWI (Operating While Intoxicated) should know about this first step. 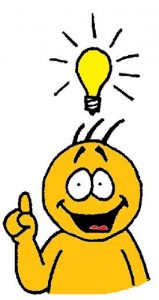 In fact, the reader may not even know what an arraignment is, but be concerned about either the “Appearance Date” section of his or her citation, or some other instruction, typically given by the police, to call the court within so many days. As we’ll see, this is all kind of the same thing and relates directly to DUI arraignments. To make this article useful, we’ll skip all the technical, legal mumbo-jumbo, and focus instead on the things you need to know and do right away,

A 1st offense DUI charge is a misdemeanor, as is a 2nd offense charge. A 3rd offense DUI charge, by contrast, is a felony, and that distinction is useful here in our discussion of arraignments. By law, if a person is charged with any felony offense, he or she must be arraigned, in person (this can be done on video), by a Judge or Magistrate. This is not the case with all misdemeanor offenses.

An arraignment does 3 main things: First, the person is told of the exact criminal charge or charges being made against him or her, and the maximum possible legal penalty that can be imposed for each.

Second, the person is advised of his or her constitutional rights, including the right to remain silent and the right to have an attorney (and to have one appointed if he or she cannot afford one).

Third, and most relevant to our discussion here, the Judge or Magistrate decides what kind of bond the person will get. This means both how much money must be posted to get and/or remain out of jail while the case is pending, and also the things the or she must do, and cannot do (like use any alcohol), while out.

As part of all this, the person is usually asked how he or she pleads, although most courts (thankfully) will almost automatically enter a plea of “not guilty” at this stage.

The most important part of all this for a reader facing a DUI charge in any district court in Macomb, Oakland or Wayne County is that in many cases, this arraignment can be “waived,” meaning that not only can a person be released from jail without having to be formally appear before either a Judge or Magistrate, but even later, the lawyer can file papers with the court to skip this step entirely.

When done this way, a “not guilty” plea is automatically entered, and whatever amount of money, if any, the person posted at the police station (often something like $100 to $500, but sometimes, a person is let go without having to put up any money) counts as his or her bond and no further money is needed to remain out of jail. And don’t worry about any specific date on your citation or bond receipt; as long as you hire a lawyer before then, it’s very likely that date won’t hold, and you either won’t have to go to court at all, or will go for your arraignment at a later time, with the lawyer. Whatever else, though, you or your lawyer must contact the court within the time frame or specific date you were given.

It is important here to jump forward a bit and examine the next step in the legal process to more completely understand arraignments. For most people facing a DUI, their first actual court date will be what is called a pre-trial. This consists of a conference (that’s a fancy sounding way of saying a meeting) between the prosecutor and the defense lawyer.

The goal of this meeting is to see if some kind of deal can be worked out instead of taking the case all the way through trial. To put the reader’s mind at ease, almost every single DUI case is worked out through these meetings and the negotiations that take place during them; the only cases that should go to trial are those where the evidence of a person’s guilt is seriously lacking or is otherwise unpersuasive. This can get rather deep, but the point here is that whether the arraignment has been waived, or not, the first “real” (substantive) court date takes place when they show up with their lawyer for a pre-trial.

Some local courts will call this first court date an “arraignment/pre-trial.” That sounds a little complicated and confusing, but all it means is you show up for a pre-trail. This is really word-play, like using a different term for the same thing; you can, for example, call your phone either a cellular phone, cell phone, wireless phone, or a a smartphone, but they all mean pretty much the same thing (except that an old flip phone isn’t a smartphone, but there aren’t very many of them around anymore so that’s an unlikely distinction anyway).

There are some courts that will not allow the arraignment to be waived. In certain jurisdictions, this is a blanket policy that applies to all DUI cases, while other courts will allow a waiver in regular 1st offense OWI cases, but not when there is a High BAC charge. Although my staff pretty much knows, by memory, how each court does things, we normally take care of waving the arraignment, if possible, while the client is in the office for his or her 1st appointment so that he or she leaves knowing that the whole arraignment thing has either been taken care of and waived, or, if it cannot be waived, then with arrangements so we can appear together in court at a convenient time to take care of it.

When the arraignment cannot be waived, it simply means that the lawyer will appear with the client, and enter a not-guilty plea in person. The main reason any court won’t allow the waiver of an arraignment, regardless if it’s a 1st offense OWI, High BAC or even a 2nd offense OWI case, is to advise the person that he or she man NOT consume any alcohol while the case is pending and to order testing – that the person, at specified intervals, provides breath and/or urine samples at some local facility – to ensure he or she is not drinking.

Being required to test for alcohol while on bond is pretty standard, but some courts want to impose that condition right away and thus require an in-person arraignment to make sure the person does not drink after a DUI arrest. Doing this sooner rather than later is more important to some courts that it is to others. This is a subject in its own right, and I’ve covered it in other articles. The takeaway here is that if you are required to walk into court for an arraignment, you can count on walking out of court being required to periodically test to prove that you aren’t consuming any alcohol while your case is pending.

Even in many of those courts where the arraignment can be waived, the Judge will likely impose some kind of alcohol testing later, like at the time of the pre-trial (or arraignment/pre-trial). It shouldn’t come as a surprise, however, that the courts that do it this way tend to be a bit more relaxed about it than those courts that forbid the waiver of an arraignment and require people to show up, instead.

Now, if you take your cues about what an arraignment is, or how it plays out, from TV and the movies, then you will be completely misguided. Just as an aside, I have been a practicing lawyer – a courtroom lawyer, really – for over 27 years as of this writing, and never ONCE in my career have I ever seen a Judge hold, much less pound a gavel. Neither have I ever heard a Judge say anything like, “Order in the court!” Forget what you see on TV.

In the real world, the arraignment is usually waived in most 1st offense DUI cases, and where it can’t be, it is otherwise very easily handled by the lawyer. There is no prosecutor in attendance at an arraignment, and there are no facts of the case on record, so it’s not any kind of substantive proceeding. You won’t be asked to explain anything. In fact, if you do try and explain anything about your situation you’ll be told to shut up and remain silent.

Thus, the arraignment, in practice, (at least as fare as DUI cases go) almost entirely a formality whose main objective is to order a person accused of drunk driving to abstain from alcohol and then to make sure he or she is tested – whether at random or at specific intervals – to ensure compliance.

Our discussion here is limited, of course, to arraignments in DUI cases. In other kinds of cases, the issue of posting a bond may be more relevant where there is any risk of flight. DUI people usually do not fail to show up in court, as their actual license has already been confiscated, so setting an amount high enough to make sure the person returns is usually not a consideration. We’ve also omitted here any examination of the kind of exchange between the defendant and the Judge that usually takes place at an arraignment (I’ve covered that, as well, in my other articles on the subject).

The major point of this piece is that once you get out of jail, your lawyer can usually “waive” the arraignment, or, if not, then you’ll show up (usually with counsel) and quickly take care of it. The biggest “thing” about showing up is that you’ll be told not to consume any alcohol and that you must test, in the meantime, to show you’re abiding by that order.

If you are facing a DUI anywhere in the Detroit-area (meaning in any district court within Wayne, Oakland or Macomb County), I can help. If you’re looking to hire a lawyer, look around for real information and learn what you can. When you’re ready to move forward, start checking around. All of my consultations are confidential and conveniently done over the phone, right when you call. You can reach my office Monday through Friday, from 8:30 a.m. until 5:00 p.m., at (586) 465-1980. We’re here to help.