Because of my work handling driver’s license restoration, DUI and suspended license cases, you could accurately call me a Michigan driver’s license lawyer. Quite literally, almost everything I do, every single day, involves driving, in some way, shape or form. I handle over 200 license restoration and probably at least another 150-plus DUI and suspended/revoked license cases each year. In the course of my practice, I have seen just about every situation you can imagine, and have had to resolve some license issues so complicated and tied in legal knots that you couldn’t make them up if you tried. Yet for all of that, everyone who finds themselves in trouble for driving on a suspended (DWLS) or revoked (DWLR) license does so for the same, simple reason – they got caught driving without a legal license to do so. When this happens, my job, as the lawyer, is aimed at minimizing the consequences. This involves a lot more than just keeping someone out of jail. In fact, jail is almost never a concern for me in these cases for 2 main reasons; first, for most people, going to jail simply is NOT on the menu, and for those whose circumstances (think: really bad record) make the possibility of jail something of a reality, I’m still usually able to keep them out, anyway. The real concerns in these cases are always the longer term consequences to your driving record and how this will affect your ability to drive in the future. We’ll split this article into 2 parts to explore them. 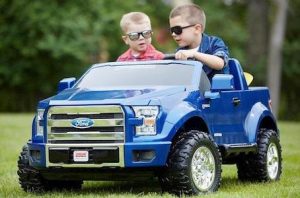 These 2 things – the consequences to your driving record and how your ability to drive in the future will be affected – are always connected, but also separate and distinct. We’ll examine this further, but to make my point, understand that, on the one hand, there are many situations where a driving offense can have a huge and expensive impact to a person’s record, but not interfere with his or her ability to drive, whatsoever. On the other hand, there are circumstances where a suspended or revoked license charge can be worked out in court to stay off of or otherwise have no impact upon a person’s record, but the incident itself can still result in him or her not being able to drive again legally for up to 5 more years. Fortunately, in the real world, most of the cases I see fall between these two extremes.

If and when you find yourself facing any kind of criminal charge, including DWLS or DWLR issues, the very first thing everybody looks at is your prior record. This can be a good thing, a bad thing, or not much of a thing. It doesn’t take a legal scholar to figure out that the less of a record you have, the better. Usually, though, a person’s license is suspended or revoked precisely because of some prior issues that show up on the driving (and even criminal) record, like previous DUI’s or suspended license convictions. Sprinkled in amongst them are the kind of “never been in trouble before” people who merely forgot to pay a ticket, only to find that out when they get pulled over and cited for DWLS. The main point here is that, within the context of a suspended or revoked license charge, it’s your traffic record that matters most, and the better it is, the better for you.

Let’s look at an example: assume that Firebug Fred, who has done 2 prison stints for arson crimes after burning down several buildings, and who, despite that, does have a good driving record, winds up getting cited for DWLS because he forgot to pay a ticket. If he hires a decent lawyer, it is rather likely that his attorney can negotiate a good plea deal. In fact, a skilled lawyer may very be able to keep anything whatsoever from going on Fred’s record, and can certainly help him avoid a conviction for the driving on a suspended license.

By contrast, our next hypothetical character is Reverend Ronnie, a beloved, full time clergyman, who also happens to have a terrible traffic record. Even though the Reverend has never been arrested for anything other than driving offenses, if he finds himself facing a DWLS charge, he’s going to need more than just prayers and a good lawyer to get as good a deal as Firebug Fred, precisely because of that poor driving record.

For everything that can be said about it, your record is your record, so whatever it is (or isn’t), it does mark the starting point for any new DWLS or DWLR charge. You can’t undo your past. It helps, of course, to know that your lawyer understands all the implications of your driving record because how things are presented in court can affect how they are perceived, which, in turn, can affect how things turn out for you. A person charged with DWLR and whose license has been revoked because of 4 prior DUI’s pretty much sounds like a nightmare. However, if that person has quit drinking and hasn’t been in any trouble for years, then a sharp lawyer will capitalize on that and also point out that, whatever else, he or she had obviously NOT been drinking at the time this last offense, and that, at least, is an improvement.

If we can step away from all the “politically correct” stuff for a moment, it is just real life that people do, sometimes, need to drive. Some people can work around not having a license better than others, but for many people, the need to work and manage life puts them in a position to have to drive sometimes, even without a license. It may not be legal, but it is reality. That reality gets ugly, though, when you get caught. And as much as getting caught sucks, where you get caught, by itself, can make a huge difference in what happens to you.

Thus, it’s important to understand that a key factor in what will happen to you is the location of the court where your case is pending. In fact, when my staff informs of a new appointment for any kind of driving case (like a suspended or revoked license charge, or a DUI), the first thing I ask is “where?” A DWLS charge brought in one city may be bargained down to something that amounts to a parking ticket, and the whole matter disappears upon payment of a few hundred dollars fines and costs. That exact same case, however, brought in a different and “tough” city, can result in a conviction going on a person’s driving record, and a term of probation WITH alcohol and drug testing, even though no drugs or alcohol was involved. Fortunately, the latter is really the exception to the rule, but it can and does happen, highlighting the larger point that where your case arises is critical to how it will turn out. Just like having a prior record (or not), though, it is what it is.

While just about everyone here in the Detroit area has an idea of how things shake out in criminal and DUI cases between Wayne, Oakland and Macomb Counties, it’s not quite as simple as that when dealing with suspended and revoked license charges. There are certain jurisdictions within any one county that are tougher than most others, and there are cities in all of them that are more lenient. In terms of DWLS and DWLR cases, each city really is its own world. It takes a balance of skill and experience to navigate this obstacle course as smoothly as possible.

I believe that it’s critically important that the lawyer be familiar with the court. Either you’re buying experience, or you’re paying tuition. I limit my criminal and DUI practice to the Tri-County area. I am in the local courts here day in and day out; I know how to navigate each of them. The “where” factor doesn’t just exist in a vacuum, because knowing how a court does things helps with advanced planning, just as understand the less obvious implications of getting caught driving when you’re license had been suspended or revoked. As part of my first meeting with a new client, I am generally able good idea of what’s going to happen in his or her case, and how I’m going to make that happen.

We’ll stop here for now, and come back in part 2 by looking at some examples of how one little detail can change everything.