In part 1 of this article, we began our examination of DWLS (driving while license suspended) and DWLR (driving while license revoked) charges in Michigan. I pointed out that there are 2 key considerations for anyone facing such a charge whose driving record isn’t so good: minimizing the consequences to that record, and also protecting your ability to drive. The criminal penalties for a DWLS/DWLR charge apply both in conjunction with and also separately from the administrative sanctions imposed by the Secretary of State. I noted that, as the lawyer, I am always on guard for situations like where getting a suspended or revoked license charge dismissed entirely still doesn’t avoid the further loss of the person’s ability to drive. Indeed, what may be a great plea bargain in one case can create a nightmare on another person’s driving record. I also explained that your prior record follows you, like it or not, and the less you have on it, the better. We acknowledged that, in the real world, people sometimes just have to drive, and, unfortunately, they sometimes get caught, as well. Exactly where that happens can be the biggest factor in how any case turns out. Just like a prior record, though, it is what it is. Here, in part 2, we’ll look at some examples of how the criminal consequences and administrative sanctions interact, and how it’s easy for even a lawyer to miss some of these finer points. 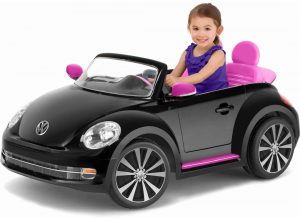 The the old saying that “a little knowledge is a dangerous thing” is very relevant here. Many people, including lawyers, don’t understand that, when it comes to driver’s license issues, there are 2 separate tracks: what the court does (often, as required by statutory law), and what the Secretary of State does, separate from that, as required by administrative rule. This is a finer point that has HUGE implications for your ability to drive. Let’s look at a few variations of a hypothetical example that happens all the time in the real world.

Assume that Sober Sam had his driver’s license revoked about 3 years ago for 2 DUI’s. He hasn’t won it back yet, for whatever reason, so it is still revoked. One day, while driving home from work, Sam gets pulled over for speeding and is also charged with DWLR (driving while license revoked). Sam hires Lazy Lisa the Lawyer, and she manages to negotiate the dismissal of his speeding ticket and gets his DWLR charge dropped down to failure to display a valid license (often called “no ops”). Whereas the DWLR charge carries points, the further suspension of the driver’s license, and a driver’s responsibility fee assessment, the “no ops” carries none of those. Both the prosecutor and Lisa figure this will be good and safe for Sam because there is no further license suspension as a statutory penalty for this offense, and to him, it sounds like a good deal, so he gladly takes it, winds up paying a fine to the court and goes home happy.

Until he gets his mail about 2 weeks later, and receives a notice from the Michigan Secretary of State that because he was convicted of an offense (this means ANY offense) involving the operation of a vehicle (i.e., the Secretary of State knows he was driving), his license is being revoked again for what is called a mandatory “like” additional period, meaning that he won’t be eligible to appeal for his license back for at least another year. Sam calls Lisa and explains that she told him there would be no suspension from the court. Lisa is a bit confused, and finds my blog, where, after reading around, she learns that even though she avoided a criminal suspension with the plea bargain she got for Sam, the fact that ANYTHING made it to his driving record means the Secretary of State knows he had been driving during a period of revocation, and the rules require that he be slapped with a “like” (meaning another identical) period of revocation, thus making him ineligible to appeal for restoration of his license for an additional year.

Do you clearly understand what has been outlined above? If so, then you’re brilliant. Don’t worry if you don’t, however. Most lawyers, particularly those who don’t handle DUI and driving cases regularly, don’t even fully get this, either. No matter how sharp you might be, it takes years of bumping into and navigating around these administrative rules to understand how they work, both in conjunction with – but also fhow they unction independently of – the criminal driving laws.

Let’s take the same example, but change one thing. Let’s say Sam hired Smart Suzie as his lawyer, and, understanding that once ANYTHING is abstracted to his driving record, he’s going to be revoked all over again, she negotiates a deal that keeps any charge from being put on his record. Then Sam would be safe, and he’d never have his license revoked again. Or, if Suzie couldn’t get such a deal for Sam, at least she would be able to explain to him that he’s be getting a letter from the Secretary of State imposing another revocation for a year (that mandatory like additional). As a general rule, there are no pleasant surprises in the legal system.

Let’s change the example one more time: Assume that Sam rear-ended someone on his drive home from work and was cited for failing to stop within an assured clear distance and DWLR. Assume further that he hires Smart Suzie, who negotiates with the prosecutor to reduce the failure to stop charge (which would, of course, go on his record) to something like impeding traffic, which is NOT reported to the Secretary of State and therefore doesn’t go on the driving record, and gets his DWLR charge reduced to another, non-reportable offense. Sam and Suzie figure they’ve dodged a bullet, and that because nothing is being reported on Sam’s driving record, there will be no additional administrative sanction (meaning no mandatory “like” additional revocation).

Until he gets the mail about 2 weeks later. Even Smart Suzie didn’t realize that the UD10 traffic crash report filled out by the police (and that gets sent to the Secretary of State) any time there is a reported collision) will indicate that Sam was driving. Although Sam was not convicted of a driving offense, the Secretary of State knows that Sam was driving during a period of revocation, thus triggering the administrative requirement that a mandatory like additional revocation be imposed.

In the last example, at least, there was nothing that could legally be done to avoid the administrative sanction because of the accident, but I’ll bet Sam would have liked to have known that beforehand. The 2 tracks of the criminal driving charge and the Secretary of State’s administrative rules are often parallel, but the do part ways and function independent of each other, as well. Sam basically had everything regarding his DWLS and the failure to stop ticket knocked out of court. His record was completely spared, but he was still revoked even further.

Not coincidentally, a situation involving a DWLR and an accident just crossed my desk. My client, who is (soon enough it will be “was”) eligible to pursue a license restoration appeal, was involved in an accident and issued a citation for driving while license revoked. Before I know about the accident, I figured it would be easy to resolve the case so that the whole DWLR charge essentially went away. However, when we met and I found out about the collision, I had to break the news that no matter what happened in court, the Secretary of State would know my client had been driving, and would have to impose that mandatory additional revocation. The client was disappointed to hear this, but at least happy to not have invested any time, money, or even hope into a license restoration appeal. Now, at least, we can concentrate on sparing her driving record and saving her money.

There are so many other situations like this that saying something like “the list goes on and on” misses the point. The “list” would be endless, although, in the real world, I tend to see the same situations again and again. What’s important is that, as the lawyer, I not only take action to spare my client any points and to save his or her driving record, but also understand how everything I do, and how even some things that I can do nothing about (like a crash report filled out after an accident) will affect my client’s ability to drive.

Although any examination of it would take up an entire textbook, there’s more to producing the best outcome in a DWLS or DWLR case than just knowing how the laws and rules work. To bring about truly exceptional results (the term “exceptional” is overused; exceptional means something that is an exception to what is normal, so in that sense, exceptional results means results better than everyone else gets), a lawyer has to know how to work the system, as well. This not only requires knowing the court where a case is pending, and how the Judge(s) there do things, but how I, as the lawyer should do things. Sometimes, I have to know how to time things, to use the clock, so to speak. Other times, I have to employ any of various strategies (sorry, we’re not divulging any “secret recipes” here) in order to just “work” the case to bring about a better result. Most of this skill is the product of experience. Having worked over 27 years as a lawyer in this field, I’ve picked up a thing or two…

It goes deeper than even that, however. There is just something that happens, probably in any profession (think surgeon, dentist, airplane pilot, or executive), when you cross the quarter-century mark of experience, as well as the 50-year mark in age. There is a kind of confidence and competence that just gets things done. I used to bristle at this when I was a much younger lawyer in my 30’s, but I’ve waited and worked a long time to get where I am now, and am happy to be able to use this advantage for my client’s benefit. That’s not to say, unfortunately, that time makes everything or everyone better. Some people clod around for decades, whatever their occupation, scraping by and not figuring things out very well. If there’s a lesson here for the reader, it’s that as you look for a lawyer, keep you eyes and your ears open.

And that, really brings us to the end of our discussion. If you’ve read this far, then I don’t need to reiterate the value of doing your homework as you search for legal help. Read everything you can, and read between the lines, as well. Information is always better than platitudes or promises. When your ready to get serious about hiring a lawyer, check around. All of my consultations are confidential and done over the phone, right when you call. You can reach my office Monday through Friday, from 8:30 a.m. until 5:00 p.m. at 586-465-1980. If your DWLS or DWLR case is in the Metro-Detroit area, call us – we’re here to help.