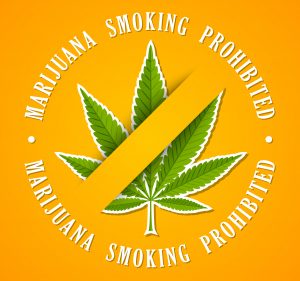 Let’s begin with the most foundational, basic proposition of all: License appeals are about sobriety. More specifically, they are all about proving that you’re sober, by the legally required standard of “clear and convincing evidence.” Before we get to that, however, it’s critical to understand what sobriety really is, and, just as important, what it isn’t. At it’s most basic, sobriety, in the context of license appeal cases, is the choice of a person to permanently refrain from the use of any and all intoxicating, mind-altering, or potentially habit-forming substances.

When someone has had his or her driver’s license revoked after racking up 2 or more DUI’s, the state concludes that he or she is a demonstrated risk when it comes to drinking and driving. We’ll examine the law later in this piece, but the bottom line is that the law makes very clear that anyone who has lost his or her license for multiple DUI’s can’t get it back until they prove that they no longer drink or use any other substances, and that are committed to never drinking (or using any other drugs) again. Whatever else, it’s a simple fact that people who no longer drink are zero risk to ever drive drunk again.

People who don’t drink are the safest bet to put back on the road, and they are the only ones that the law allows to be reinstated after a revocation for multiple DUI’s. It will be helpful for us to first look at the main rule (Rule 13) governing driver’s license appeals, and then we’ll do a quick, plain-English interpretation of it to see, in simple terms, how the Michigan Secretary of State applies it in the real world.

Iv.  That the petitioner has the ability and motivation to drive safely and within the law.

v.   Other showings that are relevant to the issues identified in paragraphs (i) to (iv) of this subdivision.

Now, here is the simplified version of what you need to know from all of that:

1. Under Michigan law, if you’ve had your license revoked for multiple DUI’s, you are legally categorized as a “habitual alcohol offender” and are presumed, by law, to have an alcohol and/or substance abuse problem.

2. The hearing officer is directed to NOT grant a license appeal unless the evidence and proofs submitted are both “clear and convincing.”

3. You must show that your alcohol and/or substance abuse problem is “under control.” This means that you have to prove you have been COMPLETELY abstinent from alcohol and all other substances – including recreational marijuana – for a legally sufficient period of time. Exactly how much can vary from case to case, but our firm generally requires every person to have at least 18 months of clean and sober time before we’ll move forward.

4. You must also prove that your alcohol and/or substance abuse problem is “likely to remain under control.” Translated, this means showing that have both the ability and the commitment to never drink or use any other substance – including recreational marijuana – again. Put another way, you’ll have to show that you’re a safe bet to remain clean and sober for the rest of your life.

Remember, the law carries a presumption that anyone who has had his or her license revoked for 2 or more DUI’s has an alcohol (and/or substance abuse) problem. In the clinical world, it is a given that a person cannot be in recovery from a drinking problem, but still use marijuana recreationally.

That’s like saying someone had a real gambling problem and lost all of his or her money at the casino, but now all they do is go to the racetrack and bet on the horses, and that it’s somehow okay.

Keep in mind that it does not matter one bit what the reader or I or anyone else may think about any of this, because that’s just the way the law works. Whatever else, there is no chance anyone is going to go in and argue that, even though the law requires them to prove a “legally sufficient” period of abstinence from alcohol and all other substances, and even though it requires them to prove they’re a safe bet to remain abstinent, it can all be overlooked because they’re different, or that recreational marijuana is some kind of exception.

My team and I realize that marijuana is not a hardcore drug like Oxycontin, and we have heard, thousands of times over, the many reasons why people use it. We could debate these things forever, and even if we were inclined to agree with any or all of them, it doesn’t matter. Unless a person can show that he or she DOESN’T and WILL NEVER drink or use any other substances again, including recreational marijuana, then there’s no way to win a Michigan driver’s license restoration or clearance appeal case.

For our part, we do side with the overwhelming majority of clinical thinking that “clean and sober” means abstinent from any and all substances.

Although it is not necessary to be in AA to win a license appeal, that program takes the mainstream (and the state’s) view and considers true sobriety to be the state of refraining from the use of all substances, including recreational marijuana.

Being sober means not altering one’s consciousness in any way. It does NOT mean just switching out the substance(s) one uses to do that.

In the the world of Michigan driver’s license appeals, medical marijuana is treated somewhat differently. That’s a whole subject in its own right, but for our purposes here, we’ll just note that the Michigan Secretary of State has very strict requirements for the use of medical marijuana by anyone filing a license restoration case.

Essentially, a person will need to demonstrate that there is no other suitable medical alternative to it for a serious health condition, and will also have to provide regularly updated documentation from his or her treating physician, and NOT the doctor he or she saw one time at some “green clinic” just to get a card.

Circling back to recreational marijuana, the analysis is much simpler: it’s a total, 100% no-go.

We’d be missing an important part of all this if we didn’t acknowledge that a lot of people mistakenly think they can file a license appeal and just say they don’t smoke weed.

Beyond all the problems with trying to BS a hearing officer, that kind of thinking overlooks the very different mindsets of someone who understands that real sobriety requires abstaining from the use of alcohol and all other substances, and who is committed to living a sober lifestyle, compared to anyone who doesn’t fully believe that.

To be clear, although our firm is in business to make money, we want NO part of any case if someone even thinks about lying about their sobriety or their use of recreational medical marijuana.

We guarantee to win every case we take, but we also are only interested in taking case for people who are genuinely sober. Indeed, one of the very few exceptions to our guarantee is if we learn someone did lie about their alcohol or drug use.

For their part, the hearing officers who decide license appeal cases are experts at detecting BS. They accept that they are going to get lied to every day, and understand their job requires really drilling down to make sure a person not only claims to be sober, but can prove it with the legally required “clear and convincing evidence.”

The bottom line is that recreational marijuana and Michigan license restoration appeals are mutually exclusive. You can have one or the other, but not both.

If you are looking for a lawyer to win back your license or obtain the clearance of a Michigan hold on your driving record so that you can get licensed in another state, be a wise consumer and take the time to read around. This blog is a great place to start, and with more than 640 fully searchable articles in the Driver’s License Restoration section, it has more useful information than you can find anywhere and everywhere else combined.

Once you’ve read through enough other websites, start checking around. Beyond reading, you can learn a lot by speaking with a live person.