It sucks to be facing a violation of probation. It may be  crass to put it that way, but dressing the situation up with nicer words doesn’t make it any better. If you’ve been violated, you need to protect yourself. As Michigan criminal and DUI lawyers, we avoid using scare tactics, but the simple truth is that a violation of probation IS serious, and requires the best legal help you can find. Being on probation means you’ve already gotten a break and avoided jail once. Now, you’ve got to do it again. 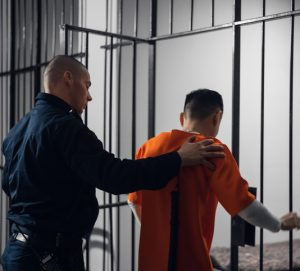 There are 2 ways to do that: Either you go back and prove to the Judge that the violation is wrong, or, despite a screw-up on your part, you manage to get yet another break. That really sums up the whole situation. Ultimately, the alleged violation is either correct, or it’s not. Consider the most common kind of probation violation – drinking alcohol. There are times when a positive test result is wrong. That doesn’t happen often, but it does, sometimes. If the result is wrong, then that must be proven to the Judge. Merely saying so is not evidence, nor is it enough to win.

If a person did drink in violation of his order probation order, then the Judge must be convinced that he or she deserves another chance to prove themselves. That’s a tall order, and getting that break requires a special kind of lawyer. Knowing the law and understanding the evidence is always important, especially when your case turns on proving it wrong. If the alleged violation is not “wrong,” however, then the thing you need most is a lawyer who can talk the Judge out of sending you to jail.

Think about all this from the Judge’s point of view; instead of having locked someone up for something like a DUI, they were given a chance by being put on probation. A person may not like what probation requires of him or her, but few people would opt to serve jail time, instead. When there’s a violation, it means that after having been given that break, the person is back for screwing it up. It’s right here that the Judge has to be thinking of the old saying: “Fool me once, shame on you. Fool me twice, shame on me.”

If your lawyer can’t convince the Judge to look at your situation differently, things aren’t going to go very well for you. At this point, it doesn’t matter how much you did or didn’t pay for a lawyer. The only thing that matters is that he or she can save your a$$.

Of course, it’s an entirely different ballgame if a person has a viable defense to the violation of probation, or reasonable explanation for it. Let’s look at another fairly common example: In many DUI (Operating While Intoxicated, or “OWI”) and some criminal cases (like indecent exposure), the Judge will order that the person complete some kind of classes or counseling. Sometimes, though, things just happen and a person can’t attend. There are a million reasons why the scheduling sometimes doesn’t work out.

Of course, the bottom line is that probation is a court order requiring a person to complete certain things, and to arrange his or her schedule accordingly. In other words, the fact that doing so may be inconvenient isn’t an excuse to a violation of probation for failing to have done something. If the Judge has ordered something, then the person is obligated to comply – period. Remember, anyone having to complete some kind of class or counseling has already gotten a break by not being in jail.

Of course, the reality is that person is absolutely free to refuse to do anything the Judge orders and serve jail time instead. Like we noted, however, very few people take that option, for obvious reasons.

That said, and as yet another old saying goes, “$hit happens.” People get called into work unexpectedly, or they get sick, or have to care for someone else who gets sick. There are endless things that can (and do) just “come up” and cause a person to not be able complete something he or she was required (and sometimes scheduled) to do. Life just sometimes gets in its own way.

When that happens, and a person doesn’t do something he or she was required to, it has to be satisfactorily explained to the Judge. In addition, a person should also show that he or she has made inquiries and is prepared to complete, at the next opportunity, whatever he or she didn’t do. Merely walking into court with a sob story is not enough to overcome a violation of probation. Good lawyers make sure the client puts these things in order before ever they go in front of the Judge.

I don’t intend this article to be a simple sales pitch for our firm (although, admittedly, the article I published 2 weeks ago about having a DUI team on your side was just that). Instead, the point I want the reader to get is that if you’re facing a violation of probation, who you hire as a lawyer matters.

One of the easiest ways to find the right lawyer for a probation violation is to first rule out who CAN’T do that by calling around. Run the other way from any lawyer who is rude, or otherwise doesn’t communicate exceptionally well. Sometimes, you can get a feel for this just by speaking with the person who answers the phone.

If the individual who takes your call isn’t helpful, or is a “dud,” then you shouldn’t expect that to change as your call gets transferred down the line. Exceptional lawyers don’t hire underachievers for their staff. The person who answers the phone is a reflection of the whole firm.

Remember, the person with whom you first speak is always the “Director of First Impressions.”

To be sure, this goes much deeper than merely finding some lawyer who is a smooth talker. In that regard, a good lawyer will never go along with a bad plan.

Imagine someone calling our office about a violation of probation in a DUI case. The person tells us that he or she tested positive for alcohol. They then try and use the dreaded “NyQuil defense,” claiming that they used cold medicine before the test….

Here, I’ll interrupt myself and ask the reader a question: Do you know why it’s called the “NyQuil defense?”

Because the cold medicine excuse is so soundly rejected, and so uniformly NOT believed by any Judge, that it has its own name. I have literally seen this tried in court, and observed a Judge raise her hand to stop a lawyer arguing it, telling him, “Counsel, let’s not waste my time with the ‘NyQuil defense,’ because I’m not buying it.”

Bummer, if that was the best defense that lawyer brought to court for his or her paying client.

A good lawyer won’t take someone’s money and try and run with such a hare-brained plan. Instead, a good lawyer, meaning one who is both capable and ethical, will take the time to explain to his or her client the difference between things that will and won’t fly in any given violation of probation situation. Handling a probation violation correctly means coming up with an intelligent plan to do that.

Unfortunately, the old idea that “The customer is always right” still survives, and many lawyers don’t have the luxury of turning away any potential offers of payment. Better lawyers, however, do, and won’t take a case for someone who insists on following a bone-headed idea for his or her defense.

In a very real way, this is a version of the notion that you, as the client, are much better served being told what you need to hear, rather than just what you want to hear. After all, if you’re facing a violation of probation, you pay a lawyer to make things better for you. That won’t happen if the lawyer goes along with or otherwise tries to argue BS to the Judge.

When all is said and done, the lawyer has to step up and either win the violation by showing that it was wrong, or otherwise persuade the Judge that although the person did violate, he or she made a mistake, and is still worth keeping out of jail.

My team and I do that for our clients. We carefully examine the alleged violation and any evidence relevant to it. If it’s flawed, then we get the violation dismissed outright.

If the client has either done something he or she wasn’t supposed to do (like consume alcohol), or has otherwise NOT done something that was required, then we make sure we do everything humanly and legally possible to convince the Judge that he or she deserves another chance.

We are exceptionally good at doing that. No lawyer can do more, and we will never do less.

If you are facing a violation of probation and looking for a lawyer, be a wise consumer and examine your options. Take the time to read around and see how different lawyers explain these cases, and their various approaches to them.

This blog is a great place to start. It is fully searchable, and updated weekly. With over 1350 original articles published to-date, it has more useful information than can be found any and everywhere else combined.

Don’t take my word for it, though; look around for yourself. Explore the criminal section, the DUI section, and the the probation section, as well. When you’ve done enough reading, start checking around. You can learn a lot by actually speaking with a live person.

If your case is pending anywhere here, in the Metro-Detroit area (meaning Wayne, Oakland, Macomb or the surrounding counties), give our office a ring, as well.