In the final analysis, the most important part of every criminal and DUI case is the sentencing. This is when you stand before the Judge and learn your fate. In the previous article, we briefly examined the pretrial stage in criminal and DUI cases, noting that the vast majority are worked out through plea bargains, plea deals and even sentence deals negotiated at the pretrial stage. In this article, we’ll move on to the sentencing phase and examine what happens here. No matter how you cut it, success in a criminal or DUI case is always best measured by what does NOT happen to you. 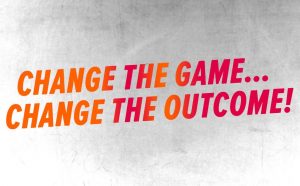 If the parties can’t work things out through some kind of plea or sentence arrangement, a trial will be held and a person will either be found guilty, or not guilty of whatever charge(s) he or she is facing. Except for the lucky few whose cases are either thrown out of court before trial, or who are acquitted of all charges after a trial, everyone else (meaning those who plead to or are found guilty of some offense) will go through a sentencing. This is where the rubber meets the road in criminal and DUI cases, and where you learn if you’re getting locked up or not, along with what else will and won’t happen to you. In short, this is everything.

Because jail isn’t really on the menu for most of my clients, the sentencing is where we’ll find out what kind of probation they’ll get, and how long they’ll be on it. Probation is an order of the court requiring a person to do some things, and forbidding him or her from doing others, like drinking alcohol, using drugs, and getting into any more legal trouble. Of course, it’s always better to walk out the front door of court after a sentencing, rather than be taken out the back door, but, as I noted above, the real gauge of success in any criminal or DUI case is always a matter of less, meaning the less that happens to you, the better.

At sentencing, a Judge doesn’t just pick some punishment out of the sky and stick somebody with it. A sentence must take all kinds of things into account. The whole sentencing process is governed by law. In all DUI cases, all felony cases, for example, and in many other misdemeanor cases, before a Judge can sentence a person, he or she must undergo something called a “pre-sentence investigation,” or PSI, for short.

In DUI cases, this is also sometimes referred to as a “screening.” Whether called a PSI or screening, this process begins by a meeting with and an interview by a probation officer whose job it is to gather information about the case and the person, and then, taking everything into account, submit a written sentencing recommendation to the Judge.

In all OWI cases, and in any case where the Judge orders it, the person will also complete a written substance abuse screening “test” (hence the term screening) to determine if he or she has a problem with alcohol and/or drugs, or tests out as being at risk to develop any such kind of problem.

This is huge. In fact, of all the things I have written about in the nearly 1000 articles on this blog, this is 1 of the 2 most important of them all (the other being that you must be genuinely sober to win a Michigan driver’s license restoration or clearance appeal).

Here’s the deal: in the real world, the written sentencing recommendation from the probation officer is essentially the BLUEPRINT for what is going to happen to you. Almost every Judge, in every court, follows these recommendations very closely, if not to the very letter.

What you will NEVER see happen in any criminal or DUI case is a Judge disregard the recommendation of his or her probation department to any significant degree. No matter who you are and/or who you have as a lawyer, you can count on your sentence being very much like what the probation department recommends. Period.

Here’s where it starts to get interesting…

When it comes to sentencing, the “voice” of the lawyer speaking to the court really matters. This is where you’ve either hired a gem or just got a rock. I’m going to try and be nice here, but the simple truth is that most lawyers tend to sound alike when they stand before the Judge. Too many of them bleat on about the same old things in a way that makes each and all of them pretty much indistinguishable from the rest of the herd.

When your fate is on the line, the last thing you need is some lawyer who can’t clearly distinguish him or herself from everyone else. If a lawyer can’t do that for themselves, how in the world can they ever do that for you?

That’s not a problem for me. Again, I want to try and be nice here, but there comes a time when false modesty is a handicap, not an asset. Look around this blog, and then try and find anything like it, anywhere. I have personally written EVERY word on it. I publish 2 new articles every week that provide real information and explain things with a voice that’s conversational. Whether or not my voice “speaks” to the reader, nobody, anywhere, has made his or her voice as accessible as I have mine through my writings.

If you hire me, this is the voice you get, and, frankly, when it comes to that moment when you’re standing before the Judge, I’m as good as you can find, and far better than most. I can honestly say that, if I was facing a charge and could hire anybody out there, I’d hire my office. My team and I speak with a clear, powerful and unified voice.

Even that, however, doesn’t matter enough to overcome an unfavorable sentencing recommendation. The best any lawyer can realistically do in the face of that is convince the Judge to not follow some parts of the recommendation, and go along with suitable alternatives.

Assume, for example, that Wasted Wally is about to be sentenced for a 2nd offense DUI. He was arrested after plowing into the rear-end of a bunch of parked cars, and then fought with the police before being subdued and taken into custody. Beyond his prior DUI, Wally has a record for domestic violence, retail fraud and malicious destruction of property.

If a probation department in any of the local courts here, in Wayne, Oakland or Macomb County, recommended 60 days in jail for Wally, it’s unlikely that even the best lawyer on the planet will be able to talk the Judge out of jail time altogether.

Most lawyers would stand before the Judge and blab the same old things about the Wally being sorry, wanting to get on with his life, and so forth. If you’ve spent as much time in court as I have, you’ll notice that within about 10 seconds, when Judge hears that kind of “same-old, same-old,” he or she will start looking down at the desk and begin filling out the paperwork, because they’ve heard all this before, and have become, in a certain sense, immune to and unmoved by it.

A really good lawyer won’t do that. Instead, he or she is going to step up, speak up, and capture the Judge’s attention right away. The better kind of lawyer is then going to hold the Judge’s attention, and persuade him or her to impose less time than the 60 days recommended, and/or offset some of that with a tether or other sensible alternative.

What often goes unnoticed is that Judges and their probation departments work hand-in-hand. Because they work together day-in and day-out, probation officers learn what a particular Judge likes, doesn’t like, and will or won’t do. Similarly, Judges learn to trust the recommendations of their probation officers. Over time, this gives rise to a kind of symbiotic relationship.

A really good lawyer understands this, and knows that simply showing up in court and arguing “do this,” or “don’t do that” isn’t going to cut it. Instead, a really good lawyer will provide alternative ideas that make sense to the Judge and will merit his or her consideration.

This brings us to a critical point in the process, because we can always do better. A better recommendation will almost always lead to a better sentence. Here, more than anywhere else, though, is where most lawyers come up short.

Think about it: if the reality is that most Judges follow the sentencing recommendation very closely, and aren’t going to be talked into doing things substantially different from what their probation departments have advised, then that means that it’s far better to be proactive and have a positive influence on that recommendation before it’s made, rather than making a largely futile argument afterwards, when it has already been written.

In other words, the most important thing you can do is make sure you get a better recommendation in the first place. This is where my team and I really shine. We’ll stop here for now, and pick up, in part 2, by looking at how sentencing actually plays out in court, and what you can expect, and what you can do to make the outcome of your case better.