In part 1 of this article, we began looking at the sentencing phase of a criminal or DUI case. I pointed out that this is by far the most important part of any case, because it’s where you learn what will (and will not) happen to you. We also saw that in most cases, the Judge is supplied with a PSI, or “pre-sentence investigation” report (often called a “screening” in DUI cases), prepared by the court’s probation department, that includes a sentencing recommendation. Because this recommendation is closely followed by every Judge in every court, the key to getting a better sentence is getting a better recommendation in the first place. 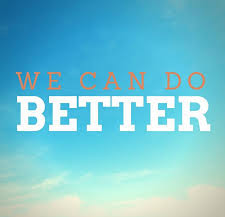 Here, in part 2, I want to examine how a sentencing actually plays out in court, and then the idea of getting a better recommendation up front will make more sense. Before I do that, however, I have to make clear that, in some cases, there is no PSI required. For example, in DWLS/DWLR (Driving While License Suspended or Driving While License Revoked) cases, many (but not all) Judges will do immediate sentencing, right after a plea, without sending a person for a PSI or any kind of screening.

For what it’s worth, if and when a Judge does go to immediate sentencing, a lawyer’s extemporaneous speaking ability can make all the difference in the world. This reinforces the importance of having hired a lawyer who is charismatic and persuasive. Whatever else, I want the reader to understand that the whole interview with a probation officer, PSI-thing doesn’t take place in every misdemeanor case. With that out of the way, let’s return to how we can get a better recommendation from the PSI.

In DUI cases, or in any case where a PSI is required, a person will have to make a separate trip back to court to meet with a probation officer, and then another trip yet again, later, with his or her lawyer, for the actual sentencing (we sometimes work out exceptions to this for clients who live out-of-state but are facing charges here, in Michigan).

Let’s go back to Wasted Wally’s case: because it’s an OWI charge, a PSI (including a mandatory written alcohol assessment test) will be required. Assume that along with the 2nd offense DUI, Wally was charged with possession of a switchblade knife, driving while license suspended (DWLS) and 2 counts of resisting and obstructing a police officer. Because he hired a really good lawyer, he got a plea bargain dismissing everything except the 2nd offense DUI charge.

Wally’s court chronology (steps)  will look something like this:

This means that when he entered his plea on March 23, the Judge set the sentencing date for April 30. Wally then had to set up a PSI and interview date with probation, which was scheduled for April 17.

On April 30, Wally will go back to court with his lawyer for sentencing. By law, before a person goes before the Judge, he or she must review the PSI and recommendation. When the lawyer checks in the court clerk will hand this to the lawyer and instruct him or her to review it with the client and then give it back (this report is confidential and is NOT kept in the court file).

When the case is called the Judge will ask the lawyer if he or she has reviewed the PSI with the client, and what he or she has to say about it. Even if a person has a whole team of the best lawyers in the country, the problem is that the report has already been written, and if it’s not favorable (meaning, in essence, lenient) then no matter what arguments the lawyers make, trying to get a Judge to disregard what his or her probation department has recommenced will always be an uphill battle.

Let’s return, once again, to our Wasted Wally example. Remember, his PSI recommended 60 days in jail. If a lawyer walks into a situation like that, it means that most, if not all, of his or her efforts are going to be directed at trying to get the Judge to back down on that.

Good luck. I mean, even if the lawyer is lucky, and the Judge cuts the suggested time in half, bye-bye Wally for the next month. Hope he has an understanding employer…

Instead, it is far better if the report is favorable in the first place. What if Wally’s lawyer had taken the time to work with him and do whatever else could be done to get a better recommendation up front? What if the recommendation was not for jail, but 60 days on a tether, instead?

Imagine Wally and his lawyer having to deal with that 60 days in jail recommendation; a good lawyer would fight with everything he or she has to persuade the Judge to order 60 days on a tether, instead. That still beats the heck out of 30 days in jail.

Instead of jail, it would be far more preferable to have a recommendation for 60 days tether, and fight to make things even more lenient from there. Maybe the Judge can be talked into only requiring it for 30 days. Maybe, just maybe, the Judge might pass on it altogether.

However, if the Judge is unmoved by any arguments to go easier, and, as most Judges are inclined to do, and simply follows the recommendation, then at least in this last version of our example, Wally gets to go home on probation, keep his job, and wear an ankle bracelet for the next 2 months. That’s much better than being stuck in the loud, smelly jail for 2 months.

It’s obvious that getting a better recommendation is important, but the question then becomes, how, exactly, do we accomplish that?

The answer is, we thoroughly prepare for the PSI.

This is probably the most overlooked aspect of criminal and DUI cases, and many, if not most lawyers have never even thought about it, beyond wishing their clients good luck.

Let me use another example:

There is a guitar company called Paul Reed Smith Guitars (PRS) that makes really good, high quality electric guitars. One of their trademark features is consistency in playability from one guitar to the next. Of course, there are all kinds of brands of guitars, but one thing that sets PRS apart from the rest is how they prepare the wood (called “tone wood”) used in their instruments.

PRS goes over and above what just about every other company does to properly dry its tone woods. This is the secret to the consistency of the playability among all of its instruments.

In my practice, we make it a point to have a separate “prep session” before a client ever meets with a probation officer. More than that, we usually begin talking about the whole PSI process right from the very first meeting.

I can honestly say that if you were to take 20 identical criminal or DUI cases, give 10 to some other lawyer or lawyers, and give 10 to me, and even if all 20 of them were assigned to the same Judge, and they all got the exact same plea deal, my 10 cases would turn out better, precisely because of the fact we prepare for the PSI, as well as the way we do it.

Beyond merely being a lawyer, or just a criminal or DUI lawyer, I have completed a post-graduate program of addiction studies. In DUI cases, or any case where there will be either an alcohol assessment or a substance abuse assessment, I use that comprehensive clinical understanding of the whole panorama of the development, diagnosis, and treatment of alcohol and drug problems to make sure my clients do as well as possible on any screening test.

Nobody can prepare you better for that than I can, period.

There’s more to the story, however. There is a whole “psychology” to the PSI and sentencing process, and that includes coming to understand the mind-set of the probation officers who are responsible for doing all the work and writing the sentencing recommendations. Probation officers are not social workers, even though they’re asked to do things like make treatment recommendations.

I could, quite literally, write a book (and probably a multi-volume set) about this subject, but for our purposes here, the takeaway is that preparing for a PSI is the absolute key to getting a more favorable recommendation.

Although it really oversimplifies things, as a general observation, it is far better to walk into court, find a better recommendation and ask the Judge to go along with it (given that he or she is already inclined to do that, anyway) rather than show up, find a “tough” recommendation, and then set about trying to talk the Judge out of it.

Whatever the recommendation, when you stand before the Judge to be sentenced, and after he or she has asked if you and your lawyer have read it, and what you have to say about it (many Judges will ask if the defendant or the lawyer “have any additions, corrections or deletions” to the factual information in the report), both you and your lawyer will have an opportunity to address the court and talk about the offense, and your sentencing.

As I pointed out before, a lawyer has just a few seconds to either capture and hold the Judge’s attention, or else drone on and wind up sounding like every other lawyer in the pack. In these fleeting moments, you and your lawyer have to persuade the Judge that you deserve a break. It’s as simple as that. And in the final analysis, that either happens or not. Whatever the outcome, as I noted at the very beginning, the sentencing is the most important phase of every criminal or DUI case.

If you get a break, then that’s great. If you get hammered, well, that sucks. Either way, what happens to you is decided at the sentencing. Knowing that you can take steps that directly and positively influence your sentencing recommendation, and that those, in turn, will directly and positively influence the actual sentence you receive, why would you ever NOT do that?

If you are facing a criminal or DUI charge anywhere in Wayne, Oakland or Macomb County and are looking to hire a lawyer, do your homework. Be a good consumer, and read around. Then, check around. All of my consultations are confidential and done over the phone, right when you call. My team and I are really friendly people who will be glad to answer your questions and explain things. We can be reached Monday through Friday, from 8:30 a.m. until 5:00 p.m., at 586-465-1980.