The single most important thing needed in every Michigan driver’s license restoration or clearance case is sobriety. However, merely being sober isn’t enough, because in order to win a license appeal, a person must also be able to prove his or her sobriety as required by the Michigan Secretary of State. This is really important for anyone looking to get his or her driver’s license back, because it means that, absent adequate proof of sobriety, he or she cannot succeed, no matter how much they may “need” a license, or how much money they are willing to spend. 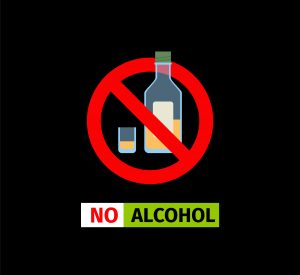 Put another way, a person can’t just “buy” a license. In Michigan, the restoration of driving privileges is earned. A lot of people mistakenly think that not having been in any trouble for a long time, or not having had a license for many years is important. To be clear, none of those things matter at all. The only thing that will win a license appeal is proof that a person has quit drinking – meaning that he or she has been completely alcohol-free for a legally sufficient period of time – and that he or she has the ability and commitment to remain alcohol-free for life, meaning permanently.

This blog, which, as of this writing, has over 625 highly detailed and informational articles specifically about the Michigan driver’s license appeal process, is updated with 2 new installments weekly. In that sense, more than having written the book about license appeals, I’ve managed to fill a whole library. By looking around here, the reader will find far more information about driver’s license restoration and clearance cases than can be found any and everywhere else combined. Because sobriety is so critical to a license appeal, though, this topic has to be brought up regularly, and is the subject of more of those articles than anything else.

Let’s take a few steps back to help this all make sense: When someone has racked up multiple DUI’s, the Michigan Secretary of State must, by law, revoke his or her driver’s license. The law also provides that anyone who accumulates 2 DUI’s within 7 years, or 3 within 10 years shall be legally categorized as a “habitual alcohol offender.” As consequence of that, any such person is legally presumed to have an alcohol problem.

In other words, if you’ve had your license revoked for multiple DUI’s, the state concludes that you have some kind of drinking problem. Like it or not, that’s the starting point for all license appeals.

Before we go any further, let’s clear up a point of terminology: Technically speaking, in Michigan, there is no such drunk driving offense as “DUI.” It is actually called “Operating While Intoxicated,” and is often referenced as “OWI.”

However, because just about everyone in the world says “DUI,” we’ll stick with that in our discussion.

Now, what’s the biggest concern about any repeat drunk driver getting behind the wheel?

That he or she will drive while drunk again.

No matter what any such person may say about him or herself, the fact is that anyone who has racked up 2 or more DUI’s is a proven risk when it comes to drinking and driving. The state knows, purely in terms of risk, that people who are least likely to drive drunk are those who do not drink.

In other words, non-drinkers are ZERO risk to drive while while intoxicated, or over the limit, precisely because they don’t consume alcohol in the first place.

Since the license appeal process is designed to screen out everyone who poses any risk to ever drink and drive again, it’s those people who don’t drink that are the safest best to not drive drunk.

Accordingly, license appeals are all about reinstating driving privileges only to those people who do not drink, and who can otherwise prove themselves to be a safe bet to never drink again.

The state, for its part, is NOT interested in anyone who isn’t dead-set on being sober, but otherwise swears that, although they’ll drink, they will never drive drunk again. Once a person’s license has been yanked for multiple DUI’s, the only thing that counts in the context of any driver’s license restoration or clearance case is that he or she no longer drinks.

License appeals are about not drinking, and the whole goal of the process is to make sure that anyone who even thinks they can ever drink again doesn’t get back on the road.

This means, then, that sobriety is everything in the context of a Michigan driver’s license restoration or clearance case.

After all, they think, if the key requirement to win a license appeal is to have quit drinking for good, then that exactly what I’ll say!

Except it doesn’t work that way. The reader might have noticed the repeated use of the term process in this article, meaning the license appeal process. As was pointed out before, that process is designed to screen out anyone who hasn’t honestly quit drinking for good, or who even thinks he or she can ever drink again.

In a very real way, the process begins with the substance use evaluation. In order to grant a license appeal case, the hearing officer has to be convinced that the required evaluation is accurate and complete. In addition, it must also be favorable and legally sufficient.

It is understood that plenty of people are going to say they’ve quit drinking, and otherwise try and say the “right” things to an evaluator. That’s a given. That’s why the hearing officers closely examine each evaluation to make sure it’s accurate, complete, and reliable.

The hearing officers, for their part, KNOW that they are going to be lied to every single day. They expect people to come in and try to BS their way through a hearing. The catch, however, is that even if one knows all the right words and phrases, merely saying you’re sober is very different than actually being sober.

Real sobriety is unmistakeable. It’s life-altering, and the transformation a person experiences going from drinker to non-drinker is profound.

When people get sober, they upgrade just about everything in their lives. They ditch the drinking buddies (not surprisingly, when a person looks back, they realize that about the only thing they had in common with many of the people they considered “friends” was partying), and stop going to places and doing things where drinking is a priority.

Without exception, when people embrace a sober lifestyle, every part of their lives improve. They feel better physically, emotionally, mentally, and for some, even spiritually. They begin to regain the trust and respect of the people who really matter.

In short, they re-engage in life.

This often plays out in very real ways: Sober people go back to school and wrap up degrees that were left unfinished, or they get some kind of training to improve their career paths. Without fail, they do better at work, and often get promotions and raises.

Career, family, friends, and the person’s sense of self and well-being all improve dramatically.

This kind of stuff can’t be faked, nor can the sense of accomplishment and reward a person feels for getting ahead in life as a result of having severed his or her relationship to alcohol.

Now, here’s the big dilemma: some readers will know this to be true because they’ve experienced it, while others who haven’t quit drinking will wonder if it’s an exaggeration.

It isn’t. Anyone in the latter group should ask themselves if drinking is still that much fun. Often enough, the answer is that, although it may have been fun a long time ago, it has just become nothing more than what one just “does.”

We are, after all, creatures of habit.

If a person is wondering about their drinking, all they have to do is think back and remember when it was fun, and didn’t cause trouble. And to be clear, “trouble” doesn’t have to be fights or legal issues; even being hungover to the point that a person isn’t at his or her best the next day at work is enough.

To be sure, it’s hard to quit drinking, but good things usually don’t come easy.

Long before someone ever finally does “put the plug in the jug,” so to speak, they’ll have wrestled with concerns and doubts about their drinking. Almost everyone who ultimately does quit drinking will first try to cut down, limit, or otherwise control their alcohol use.

Sometimes, that can work for a while, but it never works for good.

Once a person has to even think about cutting back, it means he or she already has a problem, and as everyone finds out, the only way to reel it back in is to quit completely.

Whatever else, you will NEVER meet anyone who regrets having gotten sober. Instead, just about every sober person you ever meet will regret not having done it sooner.

Unfortunately, a lot of people get stuck in the “trying to control it” phase, and they keep experiencing problems as a result of their alcohol use. That little voice inside their heads nags at them, but they’ll persist in the cycle to trying to get ahold of their drinking (wash, rinse, repeat…).

There’s an old recovery saying that “The definition of insanity is doing the same thing over and over again, and expecting a different result.”

By the time someone is hearing that little voice inside and is wondering about their relationship to alcohol, it’s undoubtedly time to quit. The lucky ones will.

That’s who the Secretary of State is looking for. They know that they’ll hear from people who still drink, and some who may have stopped for a time, but the real target group is those who had finally had enough – those who had gotten “sick and tired of being sick and tired,” came to realize the only thing left to do was quit – and then did just that, and stuck with it.

As noted, though, a person must prove that he or she has the ability, commitment and tools necessary to “stay quit,” and remain sober for life.

To anyone who is “on the fence,” or just thinking about his or her drinking, reach out and talk to someone. You can even call our office, and we’ll be glad to talk to you, and refer you to someone with whom you can speak about your relationship to alcohol. If we can say anything that helps someone decide in favor of sobriety, then we’ll be happy to do so.

If you’re looking for a lawyer to win back your driver’s license, or obtain the clearance of a Michigan hold on your driving record so that you can get a license in another state, be a sharp consumer and read around. Pay particular attention to how different lawyers explain the license appeal process, and how they break down their various approaches to it.

Our firm guarantees that, if we take your restoration or clearance appeal case, we’ll win it. You can’t do better than that.

When you’ve done enough reading, start checking around. You can learn a lot by actually speaking with a live person.