As Michigan DUI lawyers, we are often asked what a person should do right after a DUI arrest. The simple answer is to find a good DUI attorney by being a smart consumer and reading around. In this article, I want to flip that question around and focus on the single most important thing a person should NOT do when facing a DUI charge – be guided by fear and act too quickly. Although it’s normal to be somewhat freaked out by a DUI arrest, a person should always slow down a little, take a deep breath, and then be guided by reason as they figure things out. 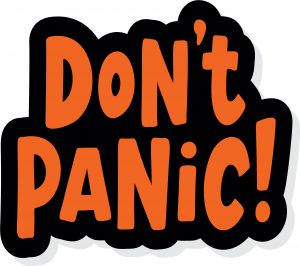 Of course, everyone’s biggest and first fear is being sent to jail. Let me be clear: Jail is almost never on the menu in 1st offense cases here in the Metro-Detroit area (meaning Wayne, Oakland Macomb and the surrounding counties). Unfortunately, it seems that there is money to be made by lawyers who position themselves as being able to save someone from this dreaded fate, even though it’s very unlikely to happen. Playing on a person’s fears in that way, especially when they’re vulnerable after something like a DUI arrest is just plain wrong.

Any lawyer or law firm that behaves in such a way, or that otherwise makes it seem like a person needs to act right away, rather than take some time to look around and compare attorneys, is either morally bankrupt or dangerously ignorant. In either case, such that’s exactly the kind of operation that should be avoided. For all the hype the reader is likely to encounter, remember that winning defenses and successful legal strategies in DUI cases are always the result of careful and deliberate planning, not panicked or rash actions.

In that regard, another thing to never do (if at all possible) is look for a DUI lawyer based upon cost. Budget limitations aside, there are 2 absolutes truths about DUI lawyers that must be balanced against each other:

1. You will NEVER get what you don’t pay for. There is no such thing as premium talent for bargain prices.

2. For every “affordable” or cut-rate lawyer, there are FAR more who charge premium fees for nothing more than average skills. Too many lawyers price themselves way above their abilities.

Thus, paying a lot doesn’t mean getting a lot, at least when it comes to hiring a lawyer. This brings us back to the idea that, when looking for legal representation, a person should always exercise good consumer skills, be guided by reason, and take the time to check around and compare attorneys.

These statements make sense in the cold light of day, but when a person is genuinely freaking out after having been arrested for OWI (Operating While Intoxicated), they’re far more susceptible to buying into what they want to hear, rather than listening to what they need to hear.

That’s exactly what NOT to do. In the history of the the law, nobody has ever gotten a better result in a DUI case because he or she was so nervous they couldn’t wait to look around for a better lawyer and hurried up to find one, or hired one of the first to call them back.

This is especially true for people who go looking for a lawyer after hours, or over the weekend.

Whatever else, it is imperative to put at least as much effort and research into finding a lawyer as one would put into buying a new refrigerator or TV set.

Again, this all sounds perfectly reasonable now, but when someone has only recently been released from an overnight stay in jail, its’ normal to feel overwhelmed. It’s natural to want relief, and to find comfort in the assurances of someone who says or writes things that sound wonderfully reassuring.

Being reassuring is fine; that’s why I noted, at the outset, that jail is almost never on the menu in any local 1st offense case.

However – you know that saying – that if it sounds too good to be true, it probably is?

There’s a reason for that. How many people has the reader met in his or her life that have ever related a story about something that sounded too good to be true, but nevertheless did turn out to be true?

Even if the reader is skeptical of my take on this, consider the point I’m making – that when a person is all freaked out after something as emotionally stressful as a DUI arrest, he or she is usually not be in the best position to make an important decision, and since there is no decision that needs to be made right away, it’s best to hold off until he or she can think more clearly.

This, of course, applies directly to hiring a lawyer. If the reader remembers one thing about what I say here, let it be this: the best thing you can do is take your time, explore your options, and compare lawyers.

Anyone arrested on a Friday or Saturday should spend at least the early part of the following week “interviewing” prospective lawyers or law firms. Ask questions. Any lawyer with the confidence, experience and proper moral integrity will not only encourage that and tell someone to call around, but, like our office does, will also tell the person to feel free to call back and compare notes with anything some other lawyer said.

What a person should NOT do is think that they need to hire some lawyer right away. There are 2 things working together that make this a bad idea: first, the frightened state of the person arrested, and second, the “hungry” (i.e., “hook ‘em and book ‘em”) nature of some lawyers who have 24/7 availability, especially in the criminal and DUI fields.

Most often, lawyers who are successful enough to have a choice aren’t readily available after hours and on the weekends. In our practice, I will answer emails all weekend long, but we haven’t had evening or weekend appointments for decades.

To be perfectly honest about it, I stopped doing them when I became busy enough to actually have a choice (and a life).

Now, I spend my weekends writing these articles. I generally don’t do phone consultations over the weekend, because once I open the gates to that, one call leads to another and then another, or else I’m playing favorites and returning some, but not others, which isn’t fair.

Moreover, because my team and I are so thorough, there’s no such thing as a “quick phone call” for us. If we’re going to answer questions or explain anything about DUI or driver’s license restoration cases, then we’re going to cover everything that’s relevant, and that means a phone call can last anywhere from 20 minutes to an hour.

Thus, I had to draw the line somewhere, so we meet and talk to people M-F, during regular business hours. As I said, though, I answer emails at just about any time.

To be sure, I’m still “hungry,” but not in the sense of being desperate.

When I was much younger, and just building my practice, I had to take what I could, and if that meant meeting someone after hours, or coming in on a Saturday, that was that.

I’m not going to suggest that every lawyer who returns calls and does appointments after hours and on weekends is desperate, but I do know that, like us, many of the higher-end practices don’t.

That alone should be enough reason for someone to hold off on making a final hiring decision until they’ve at least had a chance to check around during the week. It just doesn’t make good sense to do otherwise.

And that’s something that should appeal to everyone’s common sense: nobody is suggesting that someone wait 2 weeks for a return phone call from any lawyer, but rather that he or she not feel compelled to finalize a hiring decision right away, especially during non-business hours.

Instead, take the time to really check around. There is simply no downside to doing that.

Beyond hiring a lawyer, a person shouldn’t make any rash decisions about getting into counseling or going to AA, either. This is especially true if ANY part of a person’s motivation to do so has something to do with trying to make things “look good” in the DUI case.

That said, if a person has reached the point where they know or strongly suspect their relationship to alcohol has become problematic (or his or her drinking, no matter the frequency or amount, has grown troublesome in any way), then he or she should reach out for help.

However, it’s probably a good idea to NOT disclose that to anyone affiliated with case until that has been discussed with the lawyer, first.

The whole issue of a person’s relationship to alcohol an important subject for our office. We are a recovery-oriented practice, specifically because of our unique focus on DUI and driver’s license restoration cases.

License appeal cases involves winning back licenses for people who’ve had them revoked after multiple DUI’s, and requires that they prove they’ve given up drinking for good and are otherwise a safe bet to never drink again.

Even though I’ve spent decades working with alcohol and drug issues, a number of years ago, I returned to the University campus and completed a formal, post-graduate program of addiction studies, having earned my undergraduate degree in the related field of psychology.

Because of my real life experience, my work, and my formal education, I have a thorough clinical and practical understanding of the development, diagnosis and treatment of and recovery from alcohol and drug problems.

I make sure that my team and I actually use that knowledge to our clients’ advantage.

As part of our titles, “Attorneys and Counselors at Law,” my team and I believe that our job is to really help people, and that means the whole person and all of his or her issues related to the DUI – not just those that are strictly legal.

Perhaps the the most important thing our practice can do is to make sure that anyone facing a DUI understands that, while an OWI charge is serious, it is NOT something to freak out about, and, especially in a 1st offense case.

With proper legal counsel, a 1st offense case, even if the evidence is rock-solid, can be handled mostly as a matter of expense and inconvenience, more than anything else.

In 2nd and 3rd offense cases, it will always be a cool head and thoughtfulness that produces a better result than quick decisions made in the raw heat of emotion and stress.

In other words, don’t panic. Even if you can’t help getting stressed out, at least take the time to look around to find a lawyer who is not out to capitalize on your stress.

If you are facing a DUI and looking for a lawyer, be a good consumer and do your homework. Take your time and read how lawyers explain the DUI process, and how they explain their approach to it. When you’ve done enough of that, start checking around.

If your case is here, in the Metro-Detroit area (meaning anywhere in Wayne, Oakland, Macomb, or the surrounding counties), give us a ring, as well. All of our consultations are free, confidential, and done over the phone, right when you call. My team and I are very friendly people who will be glad to answer your questions, explain things, and even compare notes with anything some other lawyer has told you.