As busy Michigan DUI lawyers, my team and I deal with the circumstances surrounding OWI arrests every day, all day long. As soon as you begin looking online for anything DUI related, you find hit with more info and analysis than you could ever use (or want). Despite all that noise, the simple truth is that a DUI sometimes just “happens,” and is a single mistake in judgment, not a sign or symptom of some underlying problem. This is a fact too often overlooked in the legal system, and there’s a bit of danger in that. 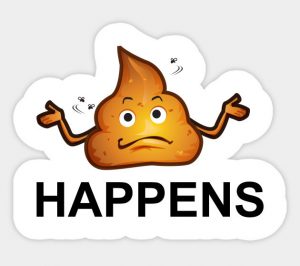 The court system, for its part, is essentially hard-wired to read every possible risk factor into an OWI arrest. As I’ll show later, there is an explanation for this, but it’s cold comfort for anyone who simply screws up one night and then winds up feeling treated like an out-of-control alcoholic. I always point out that success in a DUI case is best measured by what does NOT happen to you. At the end of the day, the fact remains that most people who get a DUI will learn from it, never get another, and therefore don’t need all kinds of classes and counseling.

For starters, it’s pretty much a given that everyone facing a DUI will jump up and down and say that their case “just happened.” On the other side of the coin, however, there are some Judges who are suspicious of any and all such claims. As always, the truth lies somewhere in the middle, because it has been repeatedly demonstrated fact that DUI drivers, as a group, have a statistically higher incidence of drinking problems than the population at large, meaning those people who have NOT been arrested for a DUI.

As DUI attorneys, we need to keep the focus on the fact that, while DUI drivers do have an elevated risk factor for some kind of troubled relationship to alcohol, this only applies to some of them, and certainly not all, or even most of them. Our job is to make clear that, for most of our clients, like most everyone facing a DUI, the whole situation represents nothing more than a single mistake, albeit a serious (and expensive) one, at that.

Nobody, and I mean absolutely nobody, goes out with the intention to get arrested for drunk driving. In fact, this ties into another point I often make – that a DUI is an accident of geography as much as anything else. In other words, in the same way that nobody plans to go out and get popped for OWI, nobody plans their route or night out around the best or worst places for that to happen.

Let me expand on this a bit to help make my point:

Assume the 2 drivers were arrested for DUI on the same day, here in the Metro-Detroit area. Further assume that, with the exception of their breath test results, their cases are essentially identical.

Driver # 1 t is arrested with a BAC of .16 in City A, known for its very kind and patient Judge.

However, you can also bet that neither of these people left with any intention to get arrested that night, nor did any thought of getting arrested for a DUI influence their plans in terms of where they were going, or the route they took to get there and back.

If we’re going to be honest here, we have to admit that, at times, the expectation of driving home sober is a bit unrealistic in certain circumstances. It’s one thing to go out, planning to party at someone’s house, where you can crash and spend the night, but when people go out to meet up at some bar to celebrate or hang out all night, there is often a disconnect between their plans to “have fun” and then be stone-cold sober enough to drive home a few hours later.

In a very real way, this lack of planning is no doubt the big problem with drunk driving in general.

If we’re being candid, for most people, it’s not like they’ve never gone out and partied before. Somehow, a combination of their lack of bad intentions and unrealistic optimism combine in a way that people go to places where they know they’ll be drinking, but still figure that somehow, when it’s time to leave, they won’t have too much of a buzz to drive home.

We could break this down and analyze it a million different ways, but at the end of the day, the reality is that people DON’T plan to go out and then drive home drunk.

In other words, often enough, a DUI JUST HAPPENS.

For all the stuff about lack of planning, and all the “coulda, woulda, shoulda” stuff, the bottom line is that good, hard-working and otherwise law-abiding people often find themselves in this situation. Within a few weeks of the time this article was written (I write them in advance, so they often publish about 6 weeks or so later), a local, Detroit-area Police Chief was arrested for and then pled guilty to a DUI.

I have no doubt that this man has dedicated his life to public safety, and simply made a mistake on the night of his arrest. I would be willing to bet he didn’t plan to go out, have too much to drink, and then try to drive home anyway.

The problem is, this reality gets lost in the system. For reasons I analyze in-depth in the various articles within the “alcohol bias” section of this blog, the OWI laws in Michigan require the courts to screen every DUI defendant for the presence of an alcohol problem, as well as the risk for one to develop.

There is more to this that we can get into here, but the upshot of this process is that the court system has basically become predisposed to send everyone for some kind of alcohol education, if not counseling, even in the absence of any detected problem or risk factor, simply because everyone facing a DUI is part of that higher risk group (DUI drivers) that has been shown to have a higher incidence of alcohol problems than the population at large.

It’s a valid concern that, over time, everyone in the court system begins to become a bit cynical about this, and a bit jaded about DUI people. It has long become standard practice for courts to send everyone to at least some kind of alcohol education, independent of whether they need it or not. Better to be safe, than sorry, after all.

This mindset, though, erodes a person’s openness to the idea that a DUI can just “happen,” and not be symptomatic of anything more than a single instance of bad judgment, or lack of planning. In fact, for a court to embrace this idea is really to ignore the “better safe than sorry” practice of sending everyone to some kind of alcohol classes or program.

This means that it’s very important for us, as DUI lawyers, to remind the court that not every DUI case represents an instance of some risky drinker finally getting caught behind the wheel. Instead, we have to make this clear in those cases where there is no underlying pathology or problem, and that the client’s mistake in judgment was nothing more than a lack of thorough planning that WON’T happen again.

Our goal, of course, is to avoid as much of the fallout, meaning the legal penalties and other negative consequences from a DUI, as possible. As I said before, success in a DUI case is best measured by what does NOT happen to you.

Of course, it is NOT any kind of viable defense strategy to simply go into court and just tell the Judge that the client’s DUI just “happened,” and that he or she isn’t really a big drinker, and that the whole thing is simply out of character.

If there is anything I want the reader to really understand, it’s that the whole system is slanted away from that kind of open-mindedness, and toward the notion that everyone facing a DUI is automatically a member of that higher-risk group of DUI drivers, and should be treated accordingly.

This, in turn, means that it becomes our job, to the extent possible, to affirmatively demonstrate that the whole incident is, in fact, out-of-character for the client, and that it ONLY represents a single error of judgment and/or lack of proper planning, and nothing more. How we do that can vary from case to case, but the large point is that just “saying so” isn’t enough.

If you are looking for a lawyer because you’re facing a DUI charge anywhere in the Metro-Detroit area, meaning in any of the courts in Wayne, Oakland, Macomb or the surrounding counties, do your homework. Be a good consumer. Read around. Read how lawyers explain the DUI process, and how they explain their approach to it.

When you’ve done enough of that, start checking around. You can learn a lot by reaching out and making contact. My team and I are very friendly people who will be glad to answer your questions and explain things. All of our consultations are free, confidential, and done over the phone, right when you call.