In our daily work as Michigan driver’s license restoration lawyers, my team and I have contact with loads of people interested in a license appeal. Everyone who loses his or her license for multiple DUI’s wants to win it back. Thus, it’s no surprise for us to hear from so many people who want their driving privileges restored. The task for us is to screen out those who don’t meet the Michigan Secretary of State’s legal requirements to qualify. In this article, we’ll look at who can (and can’t) win a driver’s license restoration or clearance case. 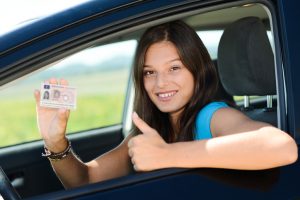 In order to win a license appeal, a person must not only be legally eligible, he or she must also be genuinely sober, as well. A hungry lawyer can accept anyone’s case, and take his or her money for it, as well, but precisely because our firm guarantees to win every restoration and clearance appeal case we accept, we can’t – and won’t – do that. Instead, we’ll only accept a case that we know we can make into a winner.

That means we have to pass on a lot of Michigan driver’s license restoration cases that can’t be won, despite the potential client being willing to pay our fee. Ultimately, a person gives his or her trust to a lawyer every bit as much as their money. How any attorney could accept payment without knowing (and guaranteeing) that he or she can win the client’s license back is a mystery to us. Of course, our firm is in business to earn living, but we count on doing that by winning our license appeal cases the first time around.

The last thing we want to do is lose a case, and then, because of our guarantee, be obligated to have to do the whole thing all over again next time, without charge, as “warranty work.” That’s double the effort for half the pay. To be sure, my team and I have had to grow a thick skin to be able to decline as many cases as we must. Everyone who contacts us is excited at the prospect of getting their license back. Many see the word “guarantee,” read no further, and think all they have to do is pay us, and we’ll fix things, because they really need to drive.

As one of the Secretary of State hearing officers puts it, “everybody needs a license.” My team and I understand that it’s hard to get by without one, or at least to do as well in both career and life without the legal ability to drive. Unfortunately, needing a license has nothing to do with actually being able to win it back, and that’s what we’re going to dig into here. First, though, we need a quick bit of background:

Under Michigan law, any person convicted of 2 DU’s within 7 years, or 3 DUI’s within 10 years, is legally categorized as a “habitual alcohol offender.” This brings certain consequences with it, including the mandatory revocation of his or her driver’s license, as well as the legal presumption that he or she has an alcohol problem.

That presumption is huge, and is all too often overlooked, thereby accounting for why so many “do-it-yourself” Michigan driver’s license restoration cases, or those handled by some lawyer who doesn’t concentrate in license appeals (like our firm does) wind up losing.

This means that everyone who has to file an appeal after having had his or her license revoked for multiple DUI’s does so as someone who is PRESUMED to have a drinking problem.

That the petitioner’s alcohol or substance abuse problems, if any, are under control and likely to remain under control.

We can break this down into 3 simple, main points:

First – and this is critical – the rule starts out by directing the hearing officer deciding the case to NOT grant a license unless the person proves, by what is defined as “clear and convincing evidence,” 2 key things. We’ll turn to those in a moment, but not before pointing out that the “shall not” language means the hearing officer is expected to begin each case with the idea to deny it, and only change his or her mind if the person, by clear and convincing evidence, proves:

Second – that his or her alcohol (and/or substance abuse) problem is “under control” (remember, any person filing a license appeal after multiple DUI’s is presumed to have an alcohol problem).

A problem is considered “under control” when he or she can demonstrate complete abstinence from alcohol as well as all other substances (including recreational marijuana) for a legally sufficient period of time. Although the exact amount necessary varies from case to case, our firm will generally never move forward with an appeal until a client has been abstinent for at least 18 months, and

Put another way, a person must demonstrate to the hearing officer that he or she both the ability and the commitment to remain completely abstinent from alcohol and all other substances (including recreational marijuana) permanently. In essence, the Michigan Secretary of State needs to be convinced that a person is a safe bet to stay sober for life.

For as complicated as this can seem, it’s really simple: To win your license back, you must have quit drinking for good, and then you have to prove it by “clear and convincing evidence.” In essence, then, Michigan driver’s license restoration appeals are basically all about NOT drinking.

Some people get this, but plenty don’t. A lot of people confuse the notion of sobriety, and being sober, with not being drunk, or merely drinking less.

If you go back and read the rule set out above, what’s clear is that, short of just taking a everyone’s license away forever, the state is trying to make sure that at least some people are allowed back on the road if they can demonstrate themselves to be a minimal risk to ever drive drunk again. Of course, the least likely to do that are those who simply DON’T drink, and the whole Michigan driver’s license restoration appeal process is designed to help screen them out from everyone else.

The bottom line is that the Secretary of State won’t consider giving a license back to anyone who so much  thinks he or she can ever drink again.

Because they don’t understand this (or, worse yet, because they hired some lawyer who wasn’t crystal clear on this point), lots of people mistakenly think they’re “sober” in some sense, even though they aren’t firmly committed to never consuming alcohol again. They’ll say (or believe) things like:

And of course, a fan-favorite that completely misses every point there is about the license restoration process:

• But drinking is legal!

None if those statements come within a mile of real sobriety. More important, however, is that in a Michigan driver’s license restoration appeal, the Secretary of State is rule-bound to take the safe bet, and that’s only on people who don’t drink at all, and who can show themselves, as noted, to be that safe bet to never drink again.

Beyond the people who simply don’t get this, there are plenty of others in the world who, while understanding that sobriety is required by the Secretary of State (these are usually people who have tried before and lost), think they can just somehow BS their way through the license appeal process.

Good luck with that – and to be clear – our firm wants no part of any such case.

The hearing officers who decide these cases are experts at sorting out real sobriety from anything less, and they have the help of the governing rule stated above. It relieves them of the burden of having to decide any kind of close call because it mandates that unless a person proves his or her case by “clear and convincing evidence,” the hearing officer must deny it.

Put another way, if a person doesn’t hit a home run, it’s game over.

On top of that, the hearing officers KNOW they’re going to be lied to every single day. They expect it. To do their job, they have to become skillful BS detectors, and they do.

Yet for all of that, the big thing that gets missed by people who aren’t genuinely sober is how incredibly different life becomes when a person eliminates alcohol from it. The transformation from drinker to non-drinker usually affects every part of a person’s existence. They’ll ditch the drinking friends, change who they hang with, and what they do for fun, all the while enjoying the fact that their lives are moving in a positive direction.

When people get sober, they do better at work, or get a better job. Relationships get mended, and just about everything else improves – except their ability to get around.

For most people who embrace sobriety, getting their license back is the last piece of the puzzle in their recovery journey. This is the kind of stuff can’t be faked, although saying so hardly stops some people from trying.

For our part, my team and I will ask the right questions and carefully screen our potential clients to make sure they really have quit drinking, and are fully committed to remaining clean and sober.

Our guarantee not only protects someone from risking their money on a license appeal, it also protects us from ever being tempted to take a case we can’t make into a winner just for a payday. In that way, it makes us as invested as our clients in winning the first time around.

Sober people have no doubts about their sobriety. The simple fact is that nobody decides to quit drinking because it’s working out so well. Instead, people quit drinking because they have had enough of the problems caused by it. They come to realize that it’s not fun anymore. For some, it’s a matter of “being sick and tire of being sick and tired.”

For others, it’s just a matter of knowing it’s time to stop, and that the only way forward is without alcohol.

Ultimately, for anyone considering a Michigan driver’s license restoration appeal, the key question is, are you really sober?

If so, and you’re looking for a lawyer to win back your license or obtain a clearance of a Michigan hold on your driving record so that you can get a license in another state, be a wise consumer and read around. Pay attention to how different lawyers break down what’s involved in the license appeal process, and how they explain their various approaches to it.

This blog is a great place to start – with over 650 original articles to date in the driver’s license restoration section, it is a fully searchable resource that has more useful information than can be found any and everywhere else combined.

Don’t take our word for it though – check around and compare. When you’ve done enough reading, start calling around. You can learn a lot by speaking with a live person.