In our roles as Michigan DUI lawyers, we handle the entire range of drunk driving charges, from 1st and 2nd offense misdemeanors all the way to 3rd offense, felony cases. Although everyone “knows,” as a matter of instinct, that a 2nd offense is more serious than a 1st offense, and that, in turn, a 3rd offense is more serious than a 2nd offense, it’s important to understand why this is true. In this article, and without using any fear tactics, I want to look at 2nd and 3rd offense DUI charges in a way that will help anyone facing either of them to better appreciate his or her situation. 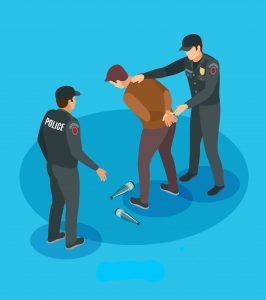 In Michigan, what we commonly call “DUI” is legally known as “OWI,” short for “Operating While Intoxicated.” It is a criminal traffic offense, meaning that it is both a criminal offense, and a traffic offense. Consequently, a DUI conviction will go onto both a person’s criminal record and his or her driving record. Despite a number of recent changes to he state’s expungement law, a conviction for a 2nd or 3rd offense DUI charge will go on (and stay on) both a person’s criminal and driving records, and neither of them can ever be set aside. This stands in stark contrast to the recently legislated ability to remove a 1st offense OWI conviction, under certain conditions, from a person’s criminal record.

Everyone understands that criminal and traffic offenses can range from relatively minor to extremely serious. For example, a ticket for speeding 5 mph over the limit is qualitatively different than one for 30 mph over the limit, just like a misdemeanor charge of disorderly person is a world apart from a felony murder charge. One key thing about Michigan DUI charges – unless they involve death or an injury to another – is that the level of severity is basically measured by whether or not a person has any prior OWI convictions, and, if so, how many.

For a lot of people, it’s the use of the term “criminal” in the context of a DUI case that is really bothersome, and that’s understandable. Although Operating While Intoxicated is, in fact, a criminal offense, most people who find themselves charged with a DUI – even repeat offense DUI’s – are NOT criminals in any sense of the word.

I examined this in a recent article because, on the one hand, it’s important to point out that a DUI charge is the prime example of how a good person can get caught up in a bad situation, while remembering that, on the other hand, one cannot overlook the reality that, no matter what, drunk driving is still a criminal offense, albeit one of the most common.

Indeed, the reader would probably be surprised at exactly how common and “universal” DUI cases are, and how people from every walk of life find themselves having to deal with them. Although most people who get arrested for a 1st offense DUI never get another, there is no shortage of people who do come back and wind up facing 2nd and 3rd offense charges.

I often use this illustration: Imagine standing outside of any building, be it a courthouse, a hospital, an office building or a restaurant, here, in the Greater-Detroit area (meaning Wayne, Oakland, Macomb, Lapeer, Livingston, St. Clair and Washtenaw Counties). It would almost be impossible to NOT find multiple people, in every last one of them, who have had a DUI.

There is no class or group of people who are exempt from getting arrested for drunk driving. Nobody, and I mean NOBODY – from lawyers, Judges, police officers, doctors, nurses, maintenance staff, managers, cooks, or teachers – is immune to making a mistake and driving (and getting caught) after having over-indulged.

For all the analysis that can be done as the the how and why of it all, though, the simple fact is that, in the real world, DUI cases often “just happen.”

However, and as we’ll see, the “it just happened” thing is basically a 1-time excuse.

When a person picks up a 2nd or 3rd DUI, it means something is amiss. This is not to say that every 2nd offender is some last-gasp, inveterate alcoholic who wakes up with the shakes. However, and at a minimum, it does mean that something is not right with a person who has been through the whole DUI court process once before, and then goes out and gets caught driving drunk again.

Let me use a couple of examples from my own life to make the point:

At one point, our daughter was in college and lived in a private apartment building that was adjacent to her school. There was nowhere to park nearby, but the building management’s office closed at 6, and the small, private lot in the back was usually empty after that, except for a few other people who figured out that all the “No Parking” and “Violators will be Towed” signs were really intended to keep those spots open during the workday.

Or so we all thought.

I got away with parking there at night and on the weekends for quite some time – at least until I didn’t.

One Saturday evening, my wife and I came out after midnight to find our vehicle gone. We would soon enough discover that it had been towed.

The whole fiasco was a nightmare. The tow yard was closed when we called, so we had to rent a “Zip Car” to drive home that night, and then I had to come back the next day to retrieve my vehicle.

I couldn’t help but see the situation from my own point of view: The main building where our law firm is located has the same “No Parking” and “Violators will be Towed” signs in the back lot, where the employees park, but we couldn’t care less who uses our lot after-hours.

In fact, if anyone parks there after about 4:30 p.m., as people are beginning to leave our building for the day, we’re fine with it. Our concern is that, during normal business hours, the people who work in the building are able to park on-site.

That’s all well and fine for the way our firm does things, but the bottom line is that I got caught parking illegally, on private property, and it cost me a chunk of money (although nowhere near as much as a 1st offense DUI).

Still, I learned my lesson. In the time since, I’ve only parked in legal spaces, even if it means walking a few blocks in the snow, or rain.

Some years ago, I had made tea in my electric tea maker, and somehow, in a moment of inattentiveness, I must have lightly banged the glass carafe against the spout in my sink. I didn’t see it right then, but the next time I went to make tea, I found a small crack in the glass, and of course, although you can buy a replacement part for every part of this appliance, the ONE EXCEPTION is that you can’t get a new carafe.

Thus, I had to buy a whole new electric tea maker. It didn’t cost a fortune, but it’s not cheap, either.

Boy, did I learn my lesson, there, as well, and I am now always consciously careful when that carafe is in my hand.

By contrast, a DUI is an order of magnitude more expensive and more “involved” than either of my little several hundred dollar mistakes.

Most people would think that once a person goes through the humiliation of being arrested and the stress of a formal DUI case – and everything that goes with it – he or she would make sure it never happens again.

And to be sure, for most people, it never does happen again.

When that happens, everything gets ratcheted up a few notches:

The State of Michigan, for its part, automatically categorizes any person who is convicted of 2 DUI’s within 7 years, or 3 within 10 years as a “habitual alcohol offender.” One of the legal consequences is that any such person will have his or her driver’s license revoked.

Another critical consequence of the “habitual alcohol offender” designation is that any such person is presumed, by law, to have a drinking problem, and won’t be able to get his or her license back without filing and winning a formal Michigan driver’s license restoration appeal.

Perhaps even more important than the potential legal penalties and negative consequences that a Judge can impose is how a 2nd or 3rd offender is perceived within the court system. Given the whole “habitual alcohol offender” designation and the resulting presumption that every such person has a drinking problem, it doesn’t take a rocket scientist to figure out that repeat DUI offenders are perceived in the court system as just plain risky.

Often (but not always), a person facing a 2nd or 3rd offense charge will try and explain how and why they don’t have a problem with alcohol. They’ll tell everyone who will listen that it the whole thing was just bad luck, and/or that they don’t drink that much, or don’t drink that often. By the time they’re done, they will have at least convinced themselves that they’re really the victim.

Not surprisingly, it’s frequently those who protest the loudest who are most likely to have some kind of troubled relationship to alcohol.

On the flip side, though, there are plenty of people who are jolted by a 2nd or 3rd offense DUI arrest, and then take stock of their relationship to alcohol. It’s at this point that many come to realize that drinking has been the common denominator to their problems, and that it’s time to stop.

These are all important considerations, but instead of getting swept away by them, I want to redirect the reader’s attention to why a 2nd or 3rd offense is seen as more serious by the parties that really matter – meaning those in the criminal justice system – like prosecutors, Judges and probation officers.

We’ll stop here, and pick up with that in part 2.