In part 1 of this article, we began looking at how and why 2nd and 3rd offense Michigan DUI charges are so much more serious than 1st offense DUI charges. We began by noting that the overwhelming majority of DUI offenders fall well outside any notion of being a “criminal,” even though drunk driving is a criminal offense. In addition, we saw that there is no class or group of people who are exempt from getting caught driving over the limit. In that sense, a DUI often represents a the textbook example of a good person finding him or her self in a bad situation. 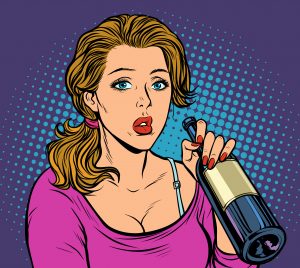 The whole experience of a 1st offense DUI is legally structured to be expensive and otherwise unpleasant in such a way as to strongly deter someone from a repeat performance. In addition, under Michigan law, anyone convicted of a 2nd of 3rd offense DUI is automatically categorized as a “habitual alcohol offender,” is presumed to have a drinking problem, and will have his or her driver’s license revoked as a result. This means that anyone showing up in court for a 2nd or 3rd offense DUI can’t explain away their situation as just “bad luck.”

This is a critical reality that the DUI lawyer and client must either acknowledge and plan around, or else get crushed by, as they go through the case. This is basic stuff, but it is really important, as well. It may help the reader understand all of this better by trying to put him or her self in a Judge’s position for a moment as he or she looks over the bench at any 2nd or 3rd time DUI offender: Is the person standing before me some bad actor who just doesn’t give a $hit about the law, and who has no respect for it, or, instead, is he or she some poor soul who has a drinking problem?

What else is there? When you think about it from the Judge’s perspective, any believable “whoops” kind of explanation went out the window after the person’s 1st DUI offense.

Above any beyond the reason(s) a person might wind up getting a 2nd or 3rd offense DUI, what matters even more is that he or she is (legitimately) seen as a threat to public safety on the road, and Judges do have an obligation to take action to protect the public.

Even if a person could prove that he or she isn’t a big drinker and doesn’t have any kind of “problem” with alcohol, the mere fact that he or she has gotten popped for drunk driving again, after already having gone through a 1st offense, means that, at a minimum, he or she is a demonstrated risk to drive after consuming too much alcohol.

In other words, there is a good reason to worry about a person who has shown him or her self to be at risk to drive after drinking too much, even if he or she only rarely drinks.

From the public’s point of view, if a drunk driver kills or injures someone, NOBODY will care what was going on in the drunk person’s life. If it is discovered that the person has been convicted of a DUI before, that makes things even worse.

To just about everyone on the outside looking in, a repeat offense DUI offender is either a “scofflaw” who simply doesn’t care, or someone with a drinking problem they haven’t been able to control.

Neither of those things is good.

That said, not everyone with a drinking problem is an “alcoholic,” either.

This can often be a concern for anyone who is told by others that he or she has an issue with drinking, but who may not have either accepted that yet, or who may not have otherwise come to terms that his or her relationship to alcohol has grown troublesome.

There are a lot of reasons why people think this way, one of the biggest being that, whatever else, a person may honestly not be a “big drinker.”

Clinically speaking, a “drinking problem” can exist quite independent of how much or how often a person consumes alcohol. In other words, while we can all agree that someone who drinks every day and wakes up with the shakes has a drinking problem, that’s just one facet of what is clinically known as an alcohol use disorder.

It’s quite possible to have a “problem” even if a person is just a binge drinker, a “weekend warrior,” or even just someone who rarely drinks, but can really overdo it when he or she does.

In that regard, even if a person seldom drinks, but despite that, somehow winds up getting 2 (or more) DUI’s, he or she carries some kind of risk factor regarding alcohol that is, in and of itself, a problem.

As an old adage holds, “Anything that causes a problem IS a problem.”

What the reader needs to understand is that, within the court system, a 1st offense DUI can be seen as a “one-off.” Of course, it’s also possible that someone arrested for a 1st offense DUI does, in fact, have a troubled relationship to alcohol, but that’s not the point.

By and large, the vast majority of 1st time DUI offenders do NOT have a drinking problem, and therefore learn their lesson from that first experience and never do it again.

What matters for our purposes here is that it is simply assumed that there is something up when a person gets charged with DUI #2, or DUI # 3, no matter what he or she says to the contrary.

She didn’t mean that in the sense of the person being some kind of low-life kind of predatory criminal, but rather that the person’s actions had resulted in him being categorized as a habitual alcohol offender.

Remember, under Michigan law, anyone who racks up 2 DUI’s within 7 years, or 3 within 10 years will legally be subject to that designation.

Moreover, under Michigan law, anyone convicted of a 2nd or 3rd DUI must be ordered by the court handling his or her case to complete at least some kind of counseling and/or treatment. This, of course, is because, as a habitual alcohol offender, he or she is presumed to have a drinking problem.

Although it goes beyond the scope of our discussion here, anyone facing a repeat offense DUI should make sure that he or she is represented by a Michigan DUI lawyer who will take the time to explain and help him or her consider the possibility of getting into a Sobriety Court as part of any plan to handle the case.

There are a lot of benefits to Sobriety Court programs, not the least of which is that a person who would otherwise have his or her driver’s license revoked as a consequence of a 2nd offense DUI, or even a 3rd offense DUI, can get a restricted license, instead.

That, in and of itself, is one HELL of a deal.

Independent of what anyone “feels” about what we’ve covered in this article, this IS the way 2nd and 3rd time DUI offenders are perceived in the court system.

Of course anyone with an alcohol problem deserves compassion and help, but from the larger societal perspective, that doesn’t excuse putting others at risk by driving drunk.

As noted, any person who wants to argue, despite facing a 2nd or 3rd offense DUI, that he or she was just “unlucky” is about to find him or herself having an extended run of bad luck, because no Judge is going to buy any of that.

Our job, as Michigan DUI lawyers, requires us to balance these various and sometimes competing considerations, help the client work through his or her issues, and show the court that the person has (finally) figured all of this out and won’t be back again, whether he or she is facing a 1st, 2nd, or 3rd offense.

How easy (or not) it will be to accomplish that has a lot to do with the client’s attitude. If he or she can at least understand how the court will see things, that’s a start, and really the key point of this article.

Remember – Success in a DUI case is best measured by what does NOT happen to you.

That means avoiding as many of the legal penalties and negative consequences as possible.

However, given that the court system will automatically assume any 2nd or 3rd offender has some kind of drinking problem, we need to be proactive, and get our client the kind of “help” that’s a good fit for him or her.

Contrary to what some might initially think, AA is rarely the right choice for help. While it’s a wonderful program for some, it’s not the right “fit” for most people.

As it turns out, one of the WORST things to do is to force someone to get “help” from a program that they hate, and that simply isn’t for them.

There is a lot more to all of this, but a Michigan DUI lawyer can’t even begin to do anything effective for a 2nd or 3rd offense DUI client without first taking into account how he or she will be perceived within the court system.

From there, the attorney must do what’s necessary to help the court understand that while the client may have committed a criminal offense, he or she is not a criminal, in any real sense of the word, and then help present the client in the most favorable way possible, given the circumstances.

If you are facing a DUI and looking for a lawyer, be a smart consumer and read around. Compare how different lawyers explain the DUI process, and how they explain their various approaches to it. When you’ve done enough of that, start checking around. You can learn a lot by speaking to a live person.

If your case is here, in the Greater-Detroit area (anywhere in Wayne, Oakland, Macomb, Lapeer, Livingston, St. Clair or Washtenaw Counties), give us a ring, as well. All of our consultations are free, confidential, and done over the phone, right when you call.