As Michigan DUI lawyers, we know that experience matters. Useful experience, however, is not just about having handled thousands of cases, but also about observing all the things that can (and sometimes do) happen down the road, so to speak. Experience is worth a lot more when it has built up over time, and becomes part of what, in this piece, we’ll call “the long view.” Having a deep well of practical experience that has grown from years into multiple decades is truly priceless, and involves a lot more than just learning every possible legal DUI strategy. 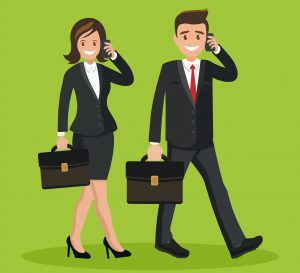 Having handled separate DUI cases for some of the very same, repeat clients over the span of 30-plus years while learning and observing their life stories has created an archive of connections and understanding that can only come from such a long investment of time. To be sure, 10 years is nothing to sneeze at, but to be able to look back over a period of more than 3 decades and see how how a DUI (or multiple DUI’s) happened, and then how that did (and did not) affect a person’s life, provides an incredible depth of perspective unmatched by anything less.

This is the kind of experience that helps my team and I look out for the future interests of a client that might not even show up on the radar at the time his or her case is pending. Of course, it’s basic human nature for someone to worry about his or her immediate circumstances. The first consideration for just about everyone coming off of a DUI arrest is staying out of jail, followed closely by concerns about his or her driver’s license and job. When a person knows they’re not going to jail, not going to lose the ability to drive, and not going to lose their employment, then they finally relax a bit and stop freaking out.

Despite the fear experienced by most people confronting a DUI charge, for the most part, there aren’t many serious long-term consequences to a solitary Michigan drunk driving conviction. That said, nobody can predict the future, although every first time offender will promise to the moon and back that they’ll NEVER get another DUI.

Of course, in some circumstances even a single old DUI conviction can be a blemish on someone’s record.

To be sure, nobody has ever gained an advantage by having one or more prior DUI’s on his or her record, but the proper handling of a DUI charge really is about damage control.

Always remember, success in a DUI case is best measured by what does NOT happen to you.

There is also a bit of good news in that regard, because a recent change in Michigan’s expungement law will soon provide even more help in that regard.

The new DUI expungement law will allow a person to request the set-aside of a single DUI conviction 5 years after his or her probation has ended, but that isn’t of any use to someone who picks up a 2nd offense, and even a single conviction will still remain on the person’s driving record until he or she actually gets it taken off.

For purposes of this article, we’ll skip any detailed discussion about DUI expungements (I’ve already covered that in the recent article, linked above, anyway) and focus, instead, on why the kind of experience that underlies the “long view” can matter in unexpected ways.

In a another recent DUI article, I mentioned that, as Michigan DUI lawyers, it is a simple fact of our day-to-day work lives that some clients come wind up coming back for another OWI (“Operating While Intoxicated,” the actual legal term for what everyone just calls a “DUI”), no matter how much they had previously insisted that they’d never do it again.

Often enough, these are the kinds of people who seem least likely to do something like that, but, just like a 1st offense DUI can “happen,” so can another.

And it does happen – quite frequently, in fact.

This is not to doubt any person who swears that they’ll never get another DUI, but rather that “the long view,” meaning the benefit of those decades of experience, teaches that it’s impossible to know for sure what lies ahead, and precisely because plenty of repeat offenders are people who never seemed like they’d be a first time offender, much less anything more, it’s best to make sure that every case – including a person’s 1st offense – is handled with a “just-in-case” and forward-looking approach.

You know, just in case…

What this really means is that every 1st offense DUI case should be handled very carefully, just because – and despite the client’s protests to the contrary – it’s possible he or she could make the same mistake again, or maybe find him or herself in some situation where how his or her first offense was handled could matter.

Whatever else, that is exactly the moment nobody wants to find out that something could have been done better in his or her first case, or that it should have been handled differently so as to soften the impact of some other unanticipated misfortune.

Next year, that new provision of Michigan’s expungement law will take effect and allow a person to request the set-aside (expungement) of a single, 1st offense DUI conviction 5 years after his or her term of probation ends. Under this new amendment, the conviction will be removed from a person’s public criminal record, but not his or her driving record.

The fact that that the setting aside of a conviction ISN’T automatic means that a person will be stuck with a DUI unless he or she requests an expungement and then convinces the Judge, who, by law, must consider certain specified factors, to do so.

Accordingly, the long view means making sure each case is correctly handled so that, if and when a person does make that request, everything has been properly handled to make it more likely that the expungement will, in fact, be granted because the factors the Judge must consider were addressed.

It also means understanding that a person, despite having a DUI removed from his or her criminal record, may have to explain it to an employer, or prospective employer who finds it on his or her driving record. It’s fanciful thinking to suppose that any organization that goes through the trouble of examining both a person’s criminal and driving record will be satisfied with a rather meaningless explanation like, “Oh, that was a long time ago.”

Instead, a DUI case in the here and now should be handled with an eye toward the future, so that if a person is ever called on to explain what happened, he or she can do so in the most favorable possible way.

To be sure, there is an element of this “long view” that almost seems to lump everyone together, as part of the same group. The very idea that a small percentage of people who get a 1st offense DUI wind up getting another seems to directly overlook a person’s individuality, and can almost seem dismissive of his or her assurances that they’ve learned their lesson.

After all, most of those who get a single DUI are true “one and done” people.

It is, however, the lack of a deep well of experience that can lead a DUI lawyer to simply agree with that, skip the extra effort, and “play the odds,” so to speak.

Instead, a lawyer has to lean on those decades of experience (assuming he or she has it, and knows how to use it) in order to protect the client just in case.

Beyond all that, “the long view” helps the lawyer draw from past experiences in other cases to better resolve the one he or she is dealing with in the present. Here’s an example:

Some years ago, when Sobriety Court programs were just being implemented and very few courts had them, my team and I would work to have a client’s DUI case transferred from one court without a sobriety court to another, in a different city, that did have a sobriety court.

We still do this rather often, but it takes a LOT of work.

Early on, some Judges were unfamiliar with any of this, and didn’t know anything about transferring cases, or how (or even if) they could do it.

Instead of just shrugging our shoulders in frustration, my team and I called upon our experience and helped “push” this idea.

Early on in one such case, I was able to negotiate a 3rd offense, felony DUI down to a misdemeanor, and then have the whole case transferred to a district court in another county!

As it turned out, that client not only got and stayed sober, his whole personality did a 180-degree change, his life became great, and he became a model of how awesome sobriety can be. Precisely because I called on my experience to show the Judge how and why he could do the sobriety court transfer in this case, my client’s whole life changed for the better.

However, I can only wonder how things would have turned out had I not taken the initiative and done that. And in the time since, we’ve used this experience in other cases to produce incredibly favorable results.

Of course, the whole idea of “the long view” must also be balanced against the reality that, for as much as any DUI lawyer may have actually seen or done something thousands of times over, it is important to never become complacent or otherwise think one knows it all.

A case might seem, in almost every way possible, just like any other, but there could be one thing – just one tiny little thing – that could make all the difference in the world.

Experience teaches that, too.

Experience has also taught us about money:

People want to know how much we’re going to charge, so instead of playing games or otherwise being evasive about cost – and unlike every other lawyer out there – our firm publishes its fees.

We’re not in competition with anyone on price, and we believe in being upfront and honest.

We also have come to know, through experience, that people want real information when they go online. That’s why I put so much effort into this blog, and why we do all of our consultations over the phone, during regular business hours, instead of trying to rope people into some pain-in-the-a$$ “appointment.”

You have questions? We have answers, and if want them, then all you have to do is call us.

If you are facing a DUI charge and looking for a lawyer, be a smart consumer and read around. Pay attention to how different lawyers analyze and breakdown the DUI process, and how they explain their various approaches to it.

If your case is pending in the Greater-Detroit area, meaning in any court in Wayne, Oakland, Macomb, Lapeer, Livingston, St. Clair or Washtenaw County, give us a ring, as well. All of our consultations are free, confidential, and done over the phone, right when you call.