Anyone who goes through a Michigan driver’s license restoration or clearance appeal case finds out that they are difficult. As Michigan driver’s license restoration lawyers, we know this, and we not only prepare our clients for it so that they win, but also so that their experience isn’t as trying as it otherwise could be. However, as anyone who has tried and lost a “do-it-yourself” appeal finds out, there are a lot of potential pitfalls within the license appeal process that can derail a case. This is especially frustrating for someone who is genuinely sober and has “what it takes” to win, but who gets denied anyway. 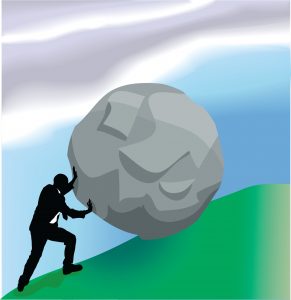 In the real world, a person must not only be legally qualified – meaning that he or she has what it takes to win – but must also be able to prove his or her case within the guidelines and rules that govern license restoration cases. What many people miss is that those rules begin with a negative mandate that instructs the assigned hearing officer to NOT grant a license appeal unless the person proves certain things by what is specified as “clear and convincing evidence.” This must be understood from the very beginning of a case, and borne in mind throughout the whole thing as the evidence is prepared, and then, ultimately, presented.

What winds up happening instead, however, is that people get all excited about how long it has been since they’ve had a license, or how long it’s been since they’ve gotten in trouble, and/or focus on how much they need to drive. In the context of a license restoration appeal, none of those things matter a single bit. In other words, it does not matter that a person completed probation, went to whatever classes were ordered, and paid all of his or her fines. These are things people often tell us in the many emails our firm receives, in the hope that it can somehow “help” them win their license back.

To be sure, we understand where a person is coming from when they convey such information, but as noted, none of that matters. Accordingly, it often falls to us, as Michigan driver’s license restoration lawyers, to help educate them about the license appeal process, and what things count, and what things don’t.

In that regard, NOT having stayed out of trouble, or NOT having paid all of one’s fines, or having FAILED to attend all required classes and/or counseling could have resulted in a person being sent to jail while on probation, but merely following through by having done what one was required to do is of no benefit to any potential license appeal case.

Before we go much further, it will be helpful to look at the main rule governing license appeals. The reader should NOT worry about clearly understanding all of it; a quick once-over will do, and then I’ll explain and clarify the key details below.

The relevant part of that main rule – Rule 13 – is as follows:

This ties directly into the the language that immediately follows – “unless the petitioner proves, by clear and convincing evidence, all of the following…”

The rule then goes on to list the relevant legal issues.

That single sentence is HUGELY important. Instead of saying something like, “The hearing officer may – or the hearing officer shall – issue a license to the petitioner if he or she proves the following by clear and convincing evidence,” the rule turns that on its head, replacing a standard “if-then” proposition with a hard negative instruction that essentially says, “absolutely not, unless….”

I know of NO other law that works that way. Everything else in the law is an “if-then” deal:

IF the prosecutor proves a person’s guild beyond a reasonable doubt, then he or she will be convicted;

IF a person proves, by a preponderance of the evidence, that someone has broken a contract with him or her, then he or she shall recover damages;

IF a person proves, by clear and convincing evidence, that he or she is disabled and unable to work, then he or she shall be aware social security disability benefits.

Unlike every other rule of law, however, the main rule governing license appeals doesn’t say that IF a person proves his or her case, then he or she will win it; instead, it says that the hearing officer is to consider an appeal denied from the outset, unless the person proves the main issues (we’ll get to those momentarily) by “clear and convincing evidence.”

Put another way, the hearing officer is directed to start an appeal with a firm “no” as the answer, and only say “yes” if the person can change his or her mind by presenting evidence that is both “clear” and “convincing.”

The simplest way to understand “clear and convincing” is to consider it as being rather close to the “beyond a reasonable doubt” standard required to convict someone of a crime, or, as a colleague of mine often says, to think of it as “hitting a home run.”

The good news here is that for all the stuff the rule spells out in terms of legal issues and legal process, it really all boils down to 2 primary and straightforward things that everyone must prove in order to win a driver’s license restoration or clearance case:

First, that he or she has quit drinking. The rule itself requires one to show that his or her alcohol problem is “under control.” This does NOT mean that a person has found some way to limit or manage his or her drinking, but rather that he or she has been completely abstinent from alcohol for a legally sufficient period of time.

In our office, we generally won’t move forward with a case unless a person has at least 18 months of real sobriety.

Before we get to the second thing, it is necessary to understand that, under Michigan law, anyone convicted of 2 DUI’s within 7 years, or 3 DUI’s within 10 years is legally categorized as a “habitual alcohol offender,” and, as a consequence of racking up multiple DUI’s, his or her license must be revoked.

A “habitual alcohol offender” is also presumed to have a drinking problem.  In other words, it is assumed that anyone who has lost his or her license for multiple DUI’s has some kind of troubled relationship to alcohol.

This does NOT mean, however, that any such person is necessarily considered some last-gasp, desperate alcoholic.  Instead, the state simply concludes that his or her use of alcohol has, in the past, been problematic – at least to the extent that he or she is a demonstrated risk on the road for drunk driving after he or she has been drinking.

Here’s what really matters: The Michigan Secretary of State knows that people who do not drink alcohol are exactly zero risk to drive drunk.

Among people who have lost the privilege to drive for multiple DUI’s, the state, for its part, is only interested in dealing with those who have quit drinking, and are determined to remain alcohol free. This brings us full circle:

There is no room in this equation for any drinking whatsoever.

Some people get frustrated by all this, and that’s when my team and I have to remind them that we don’t make the rules.

That said, for as much as someone looking to win his or her license back may not like those rules, the simple fact is that driving is a privilege, and after someone has lost that privilege by racking up multiple DUI’s, he or she either meets the criteria set by the state a driver’s license reinstatement, or not.

The state is quite content to play it safe and not put anyone back on the road who can’t prove themselves to have both been free of alcohol for that legally sufficient period of time and to be a safe bet to never drink again.

Accordingly, what makes license appeal cases so tough is that the rules direct the hearing officers to say “no” unless a person proves both that his or her alcohol problem is “under control” (i.e., he or she has been completely alcohol-free for that “legally sufficient” period of time) and that his or her alcohol problem is “likely to remain under control” (meaning that he or she is committed to remaining sober and is a safe bet to stay that way) by clear and convincing evidence.

As Michigan driver’s license restoration lawyers, all of that is second nature to us, as it should be. Nobody should try a license appeal who doesn’t have a firm understanding of all this.

If you’re looking for a lawyer to either win back your Michigan driver’s license or obtain the clearance of a Michigan hold on your driving record so that you can get a license in another state, be a smart consumer and read around. Read how lawyers explain the license appeal process, and how they explain their various approaches to it.