When you’re facing a criminal or DUI charge, it’s best to have a lawyer who is familiar with the court where your case is pending and the Judge presiding over it. Because the concept of “local” can differ by location, I want to clarify the idea of hiring a “local” lawyer. In the Metro-Detroit region, “local” has a very different meaning than in less populated parts of Michigan, and generally includes lawyers from anywhere within the Tri-County area. In other parts of the state, “local” can mean just the county where the case is pending, or even a specific part of it. In this short article, I want to examine what “local” means when it comes to hiring a lawyer for something like a DUI, suspended or revoked license case, or a criminal charge here, in the Greater-Detroit area. 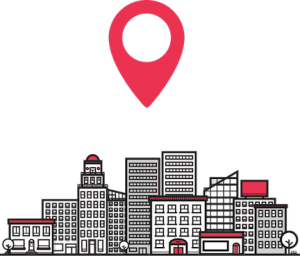 For anyone with a case in Oakland, Macomb or Wayne County, a “local” lawyer is not limited merely to one whose office is in the same city or county where the charge has been brought. Although that definition is overly narrow, it’s worse to have no concept of “local” when it comes to hiring a lawyer. I am, often enough, contacted by people from distant counties who want to hire me, and while that’s flattering, I have to explain that I keep it “local” by limiting my criminal and DUI practice to the various district and circuit courts of Oakland, Macomb and Wayne Counties (this is in stark contrast to my driver’s license restoration practice, which is statewide). Because of the geographic limitations on where I travel for court, I have no experience with how things are done elsewhere. As good as some attorney may be, one of the worst things a person can do is to pay for him or her to make a “special trip” to some court where he or she does not practice regularly.

This isn’t complicated. To be perfectly blunt about it, like most things, it all comes back to money. As the old saying goes, if you want to know why something is the way it is, “follow the money.”

In my case, I’m fortunate to be busy enough to not have to travel to courthouses all around the state. Some lawyers don’t have that option, and have to take cases wherever they can.

As a client, you’re far better served by a lawyer who knows how the Judge assigned to your case does things. Every Judge is different, and what works with one may not fly at all with another. You should hire a lawyer who already knows all this stuff, and who uses his or her experience for your advantage.

Some Judges, for example, are more indulgent with allowing time to resolve a case, while others seem to have a “rocket-docket” and want everything wrapped up yesterday. If your lawyer doesn’t know this up front, he or she will be unable to devise an intelligent and proper strategy.

As a consumer, you need to know these things before you fork over your money, and you may have to ask some direct questions, particularly like, “do you get to this court often?” and, “are you familiar with this Judge?”

If you get dodgy answers when you ask straightforward questions, well, then you should start looking elsewhere. To be sure, there is a certain well-worn path to the doors of the busiest courts here in Metro-Detroit.

Because my practice almost exclusively focuses on things that happen in cars, like DUI charges, suspended and revoked license charges, as well as possession of marijuana and even indecent exposure charges, we tend to circle back to the same places all the time. Just about every week, my team and I are in several of the courts in places like Clarkston, Novi, Plymouth-Canton, Livonia, Westland, Woodhaven, Detroit, Farmington Hills, Southfield, Bloomfield Hills, Royal Oak, Troy, Rochester Hills, St Clair Shores, Sterling Heights, Shelby Township, Romeo, Clinton Township, and New Baltimore.

Not surprisingly, these courts all cover municipalities with either freeways going through them and/or major roads and larger populations. Of course, we also get to the other courts in the Tri-County area, as well, but the list above includes places we get to, quite literally, all the time.

When I am contacted about a case somewhere in the Detroit area, I immediately know how things are done in that court, and what the Judge(s) there is/are like. I have no real knowledge, however, about either the courts or the Judges in the areas beyond. It is important to me to feel confident in taking on a case.

The very FIRST question I ask about any new potential case, once I know the kind of charge (DUI, DWLS/DWLR, possession of marijuana, etc.) is where? When I get the answer, then I know exactly how the procedure works there, and how things are likely to play out.

If we use a DWLS case as an example, I know that in most courts, it can be successfully wrapped up in a single trip. By contrast, if that same case is brought before a few Judges in certain other courts, 2 trips will be required, no matter what.

In my case, I can give you a one-sentence description of just about any of the Judges in the courts in the Tri-County area. It may sound harsh, but as a client, a consumer of legal services, you should be buying experience to help you out, not paying some lawyer’s tuition to get it.

If you are facing a DUI or criminal charge anywhere in Oakland, Macomb or Wayne County and are looking to hire a lawyer, do your homework and read around. Look for information and analysis. When you’re ready, check around. All of my consultations are done over the phone, right when you call, and you can reach my office Monday through Friday, from 8:30 a.m. until 5:00 p.m., at either (586) 465-1980 or 586-465-1980. We’re here to help.