The absolute key to winning a Michigan driver’s license restoration or clearance case is that you are sober! This means you have quit drinking for good. I’ve repeated this countless times in many of my previous blog articles, so in this installment, I want to step back and examine how attitude and insight are really the foundation of sobriety, and, by extension, really at the heart of a successful license appeal. Our subject here applies to anyone considering a license appeal, from those people who present as ideal candidates to win, to those who need a real attitude adjustment to be anywhere close to winning, and everyone in-between. 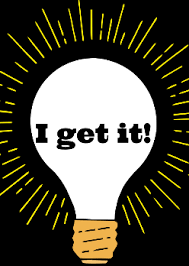 Let’s begin with those who really “get it.” These people understand that no one quits drinking because it’s working out so well. They decide to “put the plug in the jug,” to borrow a phrase, because alcohol has just brought too much drama and trouble to their lives. This realization comes like getting smacked upside the head for the millionth time. When this happens, these individuals look back and wonder how they could have NOT seen alcohol as the common denominator to all the things that had gone wrong in their lives, including not having a driver’s license because of their drinking. This is a fundamental shift in attitude, because once a person really gets it, he or she cannot honestly justify or rationalize drinking again.

The decision to quit drinking and get sober is truly transformative. Beyond all the work and changes that a person will undergo as he or she adopts an alcohol-free lifestyle, the final product – the sober person – is night-and-day different from who he or she used to be. There is a real change in attitude, and everyone around the person notices it. Yet as huge as these changes are, they all come when a person has the simple self-realization that his or her drinking has become too much of a problem, and then concludes, “I just can’t do this anymore!” That’s the  insight changes everything.

By contrast, people who are mad at the world and pissed off about every little thing are a long way from any kind of sobriety. Sure, a person can abstain from alcohol for any number of reasons (like being on probation), but there is a huge difference between being sober and just not drinking, and you can tell that, in a matter of seconds, just by a person’s attitude.

Within the week this article was written, my office dealt with a potential license restoration client whose personality type was, to be candid about it, downright disagreeable. Anyone in my line of work runs into this type regularly, but it’s never fun. In fact, it never ceases to amaze me how many people have a combative attitude and always seem to have conflict with just about everyone around them, over just about every little thing, and can’t figure out that the problem lies with them, and not the entire rest of the world.

This kind of personality is, of course, characteristic of people with an active drinking problem.

This anger comes out right away when discussing the license appeal process with people who haven’t quit drinking for good. These people won’t stay quiet long enough the listen to anything about how the things work, and why, and will, instead, loudly complain about everything required to get their license back as “bull$hit.” They think it’s unfair that they ever lost their license in the first place, and that it’s a grand miscarriage of justice that they can’t just get it back because they want to. They are beyond impatient that they “have to go through all of this.”

Underlying all of this is anger at the fact that winning a license appeal turns on whether they have quit drinking for good, or not. These people are still in denial about having a problem with alcohol. Most people who get sober become humbled in the process. People who aren’t really sober lack this humility because their drinking hasn’t humiliated them enough yet to feel that they’ve “hit bottom.” This is worth repeating: nobody quits drinking because it’s working out so well.

The corollary to that is people quit drinking because they’ve run their head into the wall one too many times.

Most people lose a lot to their drinking before they ever see the light. While not everyone who gets sober is some Zen-like model of serenity, almost everybody who transforms from drinker to non-drinker loses the chip on their shoulder. This happens naturally, because it only happens when a person has enough insight to realize that change begins from within, and that most of their problems are self-created. That kind of realization changes a person, and always for the better.

Thus, when you encounter someone with that chip on their shoulder, you can almost be certain that he or she isn’t really sober. The person may be abstaining from alcohol, but they’re not happy about it, and think not being able to drink is “bull$hit,” too.

The contrast between people like this and those who are genuinely sober is profound. Very few people who really do quit drinking for good are anything less than enthusiastic about their sobriety. In other words, you won’t find someone who is really sober yet somehow indifferent about it. This isn’t to say that lots of people don’t keep their situation private, but when they do talk about quitting drinking, they’ll make it very clear that there is no comparison between how things used to be, and how they are now.

When people get beat up by their drinking to the point that they decide to quit for good, they have to do a lot more than just not consume alcohol anymore. Getting sober takes work. The drinking friends get ditched, and, over time, sober people start to regain the trust and respect of the people who really matter in their lives. They begin to actually “do” things (even if it’s just getting into TV shows), instead of just sitting around drinking. They’ll talk about how much better they feel, mentally and physically. Their whole outlook on life changes.

When people get sober, their lives will get better in almost every respect, and there will be no mistaking that it’s all a result of sobriety.

This can’t be done, however, without first having that insight – that kind of light bulb moment – when a person realizes that it’s the alcohol that’s the problem, not everything and everyone else. One of my favorite sayings is that “anything that causes a problem IS a problem.”

In the course of my average workday, I can lose sight of how lucky it is for someone to have that insight about their drinking, because all of the people I take on as clients are sober. My practice is unique because I guarantee to win every case I take, but, just like the Michigan Secretary of State, I require people to be genuinely sober. Beyond being a necessary prerequisite to winning a license appeal, it’s a whole different world to sit across from someone who has a sense of humility and is grateful to be sober than to deal with someone who has the proverbial “chip” on his or her shoulder.

Unfortunately, those who have this insight and do take the steps to quit drinking for good are in the minority. That’s why the license appeal process is so demanding. It takes more than just saying you’ve quit drinking to win a license appeal; you not only have to prove that you haven’t had a drink for a sufficient period of time, but, more important, that you are a safe bet to never drink again. In other words, you have to prove your sobriety.

This is impossible for the person who still drinks (every one of them will rush to qualify that they only do so “once in a while”) and is mad at the world and all pissed off about having to go through the license appeal process. The state knows that most people who rack up multiple DUI’s won’t quit drinking for good. Thus, this is a search for a few out of the many.

Of course, everyone would rather NOT have to go through the whole license appeal process, but those people who have had that flash of insight and made the connection between their drinking and all the trouble it has caused, and then done what’s necessary to get and stay sober, accept that having to do this is part of putting their lives back together. For many people, winning back their driver’s license is the last piece of that puzzle.

It all starts, though, with that simple insight.

If you’ve had that kind of light bulb moment and quit drinking, I can get you back on the road, guaranteed. Even if you haven’t, maybe we can help you tip the scales in favor of quitting drinking so that, down the line, we can talk about reinstating your driving privileges. As you look for a lawyer, be a good consumer and do your homework. Take you time and read around, then check around.

All of my consultation are confidential and done right over the phone, when you call in. We’re very friendly people who will be glad to answer your questions and explain things. You can reach my office Monday through Friday, from 8:30 a.m. until 5:00 p.m. (EST), at 586-465-1980. We’re here to help.