In many of my license restoration articles, I try to make clear that the single most important, non-negotiable requirement to win a Michigan driver’s license reinstatement case is that a person must be sober, and have given up drinking. Legally speaking, a person must demonstrate to the Michigan Secretary of State that he or she has been alcohol-free for a legally “sufficient” period of time (in our practice, we generally require at least 18 months’ of clean time) and that he or she has both the ability and commitment to remain alcohol-free for life. 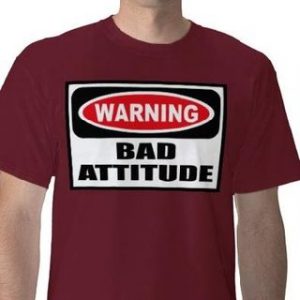 This doesn’t go over too well with people who still drink. My team and I are regularly treated to the frustrated responses of callers who think they need to remind us that drinking is legal, and no matter what the state says, it’s “bull$hit” to make not drinking a requirement to get their license back. Some will say that they understand the state’s reasoning for not restoring driving privileges to someone who has lost his or her license for multiple DUI’s and is therefore considered too risky when it comes to alcohol, but that they’re different. This article will be about that kind of bad attitude.

We have been told by callers, countless times over, that they are perfectly capable of telling the Secretary of State whatever we suggest they need to say. We have also been called various unkind names after we tell such callers that we really do ONLY take cases for people who have honestly quit drinking. Sometimes, it’s suggested that, now armed with the knowledge that they have to say they no longer drink in order to win a license appeal, the person will call another lawyer who will gladly take their business, implying that we’re not smart enough to take a payday when we’re offered one.

I suppose I should defend our practice a bit here, and point out that we ARE in business to make money,  and that we don’t do that by NOT taking cases.

However, we are also honest; we follow the rules and play fair and square. We will not take a case for anyone who isn’t genuinely sober.

Make no mistake, in the short run, that costs us a lot of money.

However, we wouldn’t be here, with a guarantee to win every case we take, if we didn’t maintain these high standards. For everything I can say about our guarantee, the reason we have it in the first place is that we don’t take cases for people who still drink, or even think they can still drink.

We genuinely believe in the work we do.

As a consequence of our high standards, we are very lucky to be able to represent people on the upswing in their lives. When someone has gotten sober, they’ll tell you how every part of their existence has improved as a result. Getting sober doesn’t happen by accident; it takes commitment and work. It almost sounds like a cliche, but the kind of enthusiasm that goes with those kind of dramatic life changes can’t be faked

When someone has invested the kind of effort into improving their lives by getting sober, they deserve to get their license back.

There is also kind of real thankfulness that comes with sobriety. People who go to AA will sometimes put it this way “gratitude is the attitude.”

However, when people haven’t gone through the profound, life-changing transformation of getting sober, they don’t have anything like that kind of enthusiasm.

My team and I do, quite literally, pour our hearts and souls into the cases we take, and we’ll fight like Hell until our clients do get their licenses back.

And this leads me to another point that’a really a side note to this discussion; we’ll sometimes hear the misplaced frustration of people who think that being in AA is a requirement to win a license appeal.

You do NOT have to be in AA to win a driver’s license restoration case.

In fact, way less than half (and probably less than 1/3) of our clients are in AA. Remember, we guarantee to win every case we take, so when it comes to what we say, we put our money where our mouths are.

In the big picture, it really doesn’t matter how somebody got sober; what matters is that they are, in fact, sober.

And this brings me back to the main point of this article; when we talk to people who aren’t sober, there is very often an attitude that comes out when they learn that the main function of a license appeal is for them to prove that they are.

Of course, some sober people get a bit concerned about being able to “prove” their sobriety, but when someone really is sober, we know we know how to prove it. Thus, if we conclude a person has quit drinking for good, then we know what to do in order to win a license appeal before the Michigan Secretary of State.

This is where all the people who think they can just “say” they’re sober will come up short: under the main rule governing license appeals, the hearing officer is instructed to NOT issue a license unless the person proves his or her case by what the law defines as “clear and convincing evidence.”

In baseball terms, this means you have to hit a home run.

Sobriety is a genuinely transformative thing, and it can’t be faked. Moreover, the hearing officers know, and, indeed, expect, most people to try and do just that.

Sure, there are plenty of blockheads who go into a Michigan Secretary of State license appeal hearing by themselves and admit to still drinking, but there is no shortage of people who, in flaming colors, exemplify the idea that “a little knowledge is a dangerous thing,” and try to BS their way through the license appeal process by claiming to be sober when they really aren’t.

Here, again, is where that attitude almost always shows up.

People ultimately give up drinking because they finally make the connection between alcohol and all the problems in their lives. By the time most people are ready to throw in the towel, drinking had stopped being fun a long time ago.

Most feel pretty beaten up by alcohol when they finally decide to quit.

To be clear, this has nothing to do with the frequency of one’s drinking. A person who only drinks occasionally, but who has racked up multiple DUI’s and lost his or her license is no less “beaten up” by alcohol than a daily drinker who is having frequent hangovers and health problems because of it.

As an old therapist’s adage holds, “Anything that causes a problem IS a problem.”

And how much worse do things have to get as a result of drinking than having had your license revoked for multiple DUI’s?

For many people, this becomes the “bottom” that makes them say, “enough!”

However, this realization doesn’t come instantly, at least for most people. In the real world, plenty of people go years without a license until the reality of their relationship to alcohol ever hits home.

The key thing, for anyone who gets sober, is that this DOES hit home, at least eventually.

People who don’t feel like they’e been knocked down hard and have had to get up and change their lives haven’t had that experience of truly being humbled.

Getting knocked on your a$$ by drinking, and then realizing the only way you can get ahead is without alcohol really negates any kind of bad attitude.

As a consequence, sober people don’t squawk about drinking being “legal,” or get mad about what it takes to win a license appeal and say things like their rights are being violated, or who does the Secretary of State think it is, telling them what they can and can’t do (meaning drink).

Thus, our job, as Michigan driver’s license lawyers who guarantee to win every restoration case we take, is to screen people so that we can separate those who aren’t sober, and have that “attitude,” from those who really are sober, and thereby have what we need to make their case a winner.

As Ann, our senior assistant says, if you can’t fool us, then how do you think you’re going to fool a hearing officer, whose job it is to NOT get fooled?

I could go on and on, and, as many of my other driver’s license restoration articles demonstrate, I often do.

However, in this installment, I just wanted to keep things short and point out that a person’s attitude is often the clearest signal about whether or not he or she is really sober.

If I could say one thing to those who aren’t sober, because I hope they do get sober someday, it would be this: lose the attitude. When you do, you’ll find life is much better for you at every level, perhaps most of all because you’ve stopped getting in your own way.

If you need or want to restore your Michigan driver’s license, or clear a Michigan hold on your driving record, be a smart consumer, and do your homework. Read around, and see how lawyers explain the license appeal process, and how they explain their approach to it.

When you’ve done enough of that, start checking around. All of our consultations are free, confidential, and done over the phone, right when you call. My team and I are very friendly people who will be glad to answer your questions, explain things, and even compare notes with anything some other lawyer has old you. Even if you haven’t yet quit drinking, we’d be happy to talk so that maybe we can help you make the decision to do that so we can talk about getting your license back someday.