Beneath all the evidence and legal issues that make up a Michigan driver’s license restoration case is an actual person. In the previous article, I made clear that while being sober is a necessary prerequisite to being successful in a license appeal, being able to prove that sobriety is what’s really necessary to win. As I noted there, you have to genuinely be sober in order to prove it, and there’s more to proving it than just saying so. In essence, proving sobriety comes down to summarizing some of the more important points of your recovery story. 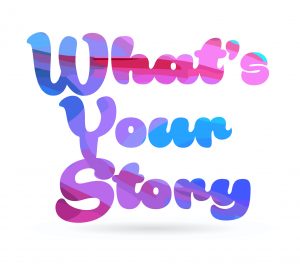 I often point out that one of the dangers of any “do-it-yourself” case, or going with some lawyer who doesn’t concentrate in this field, is that it’s so easy to miss any of the many technical requirements – something I often call “a million little rules” – that govern license appeals, While understanding the rules is necessary, the way to really win a case is to plug the details of a person’s transition from drinker to non-drinker into the legal framework they create. No matter what, every sober person has a very real recovery story, whether they know it or not.

This goes much deeper than all the technical and legal stuff. Anyone who has honestly quit drinking knows that there’s a lot more to it than merely “quitting.” The changes a person makes when eliminating alcohol from his or her life are profound. Even though many people have never thought of their journey to an alcohol-free life as any kind of “story,” it certainly is. Our job, as driver’s license restoration lawyers, is to sit down with our clients, ask the questions that draw out the details of that experience, and then fit them into the template of a winning case.

The end result (essentially, the destination) of a person’s recovery journey is a sober lifestyle. While that’s important in its own right, that part of things is really the last chapter in the story that precedes it. This is where really understanding recovery becomes important, because every person is unique and everyone’s path to sobriety is different. And make no mistake, it is a story in its own right.

It would be really easy to put cases together if every license appeal client was very active in AA, and had been for years, ever since the time of their last DUI.

If everyone got and stayed sober that way, a driver’s license restoration lawyer wouldn’t have to know anything about recovery beyond the letter “A,” as in “AA.”

The fact is that AA is simply not the right fit for most people, and, with an overall success rate of between 3 and 10 percent, that’s no surprise. What people really need is to find the recovery method that works for them.

Only when that happens can a person’s recovery story begin in earnest, although all the things that led him or her to that point matter, as well.

Within the context of a license appeal case, the legal stuff is all well and fine, but my understanding of addiction and recovery goes WAY beyond the legal world.

Because it’s so relevant to what I do every single day, as a driver’s license restoration and DUI lawyer, I went back to the University campus a number of years ago and completed a formal, post-graduate program of addiction studies.

Beyond my personal and professional experience in this regard, I have the advantage of clinical training in the recovery field, as well. I understand the development, diagnosis, treatment of and recovery from alcohol and addiction issues from every angle.

Our practice is recovery-oriented, meaning that we believe part of our job is to help our clients as people, and not just clear up their legal issues.

I can say this with certainty: you won’t find any lawyer who knows this stuff anywhere near as well as I do.

And while that’a all well and fine, too, what matters more is that my team and I use that knowledge to each and every one of our client’s advantage to actually win cases.

The simple truth – all too often not understood within the legal system – is that there are are many different ways people get clean and sober. In over 30 years as a lawyer, I have won cases for clients who got sober using every kind of recovery method the reader could imagine.

One such method is called “spontaneous recovery.” It’s often overlooked that, in fact, more people just “quit” drinking on their own and manage to stay sober as do from going to AA.

AA gets a lot of free publicity, probably because it was the first real recovery program. That doesn’t make it the best, or anywhere near the best.

Most people who recommend AA, like many Judges, have never actually been to AA.

Few, if any, have done any actual research into the success of the numerous other recovery processes, like CBT (cognitive behavioral therapy) or alternative community support programs. However, for those who do take the time look into the facts, it often comes as a surprise that spontaneous recovery is actually more successful in terms of long-term sobriety as AA.

Think about that for a minute: lots of people just get so sick and tired of the problems caused by drinking and just quit – and they stay quit – with nothing more.

Others go to AA for a while, then leave, yet still manage to stay sober.

Fewest of all get and stay sober by sticking with AA.

The reality, though, is that “just quitting” actually has a higher success rate than AA, and this has been empirically validated in multiple studies, although this fact is NOT known by most people.

Unfortunately, some lawyers will tell people they need to go to AA to be able to win a license appeal, or will recommend that a person start going “to make it look good.”

Beyond the disingenuousness of that kind of suggestion, anyone who really understands recovery knows that sending someone to a program that’s not the right fit for them does no good (and for anyone struggling with a problem, can actually backfire), and also does a serious disservice to the people who are attending those meetings for real help.

Let me be perfectly clear about this: You do NOT need to be in AA to win a license appeal.

Anyone who believes or says otherwise is dangerously misinformed.

Our office guarantees to win every driver’s license restoration and clearance case we take, so we not only know what we’re talking about, we put our money where our mouths are in that regard.

In order to win a license appeal, a person has to prove, by what the law defines as “clear and convincing evidence,” 2 key things:

First, that his or her alcohol problem is “under control,” meaning that he or she has not consumed any alcohol for a “legally sufficient” period of time. Although the exact amount varies from case to case, in our office, we generally require at least 18 months’ of complete abstinence.

Second, that his or her alcohol problem is “likely to remain under control.” This requires proving that a person has both the ability and commitment to remain sober for life. In other words, a person must look like a safe bet to never drink again.

The key to putting together a winning license restoration case is to be able to translate the facts of the client’s recovery story into the kind of established Michigan Secretary of State template in such a way that addresses all the legal issues involved – especially the 2 outlined above.

As I noted before, many people have never thought of themselves as having a recovery “story,” so it becomes important for us to help draw out the kinds of details that, when put together, become one.

The circumstances that lead up to a person’s decision to finally quit drinking, and the decisions he or she makes afterward to keep that commitment to not drink again are all important components of that recovery story.

Every invitation declined and every cup of coffee ordered in place of a cocktail are all part of that.

Our job doesn’t end with just getting those details, however. The whole idea of putting together a winning case can’t rest on the assumption that the hearing officer deciding it has any kind of in-depth knowledge of the whole panorama of recovery processes, or how any of them really work.

For example, while “spontaneous recovery” is a very real phenomenon (very much like “spontaneous remission” in cancer cases), I’ll bet that most readers have never heard of it, and I know that most lawyers haven’t.

And fewer still have probably heard of “bibliotherapy,” either, which is essentially self-help through reading.

I’ve won license appeal cases using that as the basis of my client’s recovery, as well.

The question I have is, how can you win a license appeal if you can’t even identify and properly describe the process(es) by which you got sober?

Part of the reason a person is likely to stay sober goes back to why he or she got sober in the first place; nobody quits drinking because it’s working out so well.

People decide to “put the plug in the jug,” as they say, because they have had enough.

When someone decides that it’s time to give up alcohol, they do so after having they a$$ kicked by drinking.

People usually struggle with and try every possible way to cut down, limit, or otherwise control their drinking, until the lucky ones finally realize that such methods never work.

Unfortunately, some people never stop trying, and struggle with alcohol until their last breath.

As any sober reader now understands, there is no way to “manage” one’s drinking once it has become a problem. A client once explained to me that the moment a person even has to think about cutting down, limiting, or otherwise controlling his drinking, it means they already have a problem, and it’s too late for that.

The luckiest are those people who manage to see alcohol as the common denominator to all the trouble in their lives and can no longer deny that the only way forward for them is to leave alcohol behind.

Those struggles – that feeling of finally having had enough, and then making the momentous decision to quit drinking and get sober – are the things that really stick with a person.

When they are properly related as part of a person’s recovery story, it helps prove that the person really meant it when he or she decided to quit drinking, and that he is she is also likely to remain sober.

Thus, a person’s recovery story isn’t just “important” to a license appeal, it really is part of the foundation upon which his or her case is built.

If you’re looking for a lawyer to win back your Michigan driver’s license, or obtain the clearance of a Michigan hold on your driving record so that you can obtain a license in another state, be a good consumer, do your homework, and read around. Look to how lawyers explain the license appeal process, and how they explain their approach to it.

Then, start checking around. You can learn a lot by contacting a law firm, and you really should explore your options (we’re probably the only law firm that says that, which says a lot about us).

All of our consultations are free, confidential, and done over the phone, right when you call. My team and I are very friendly people who will be glad to answer your questions, explain things, and even compare notes with anything some other lawyer tells you.