As a Michigan driver’s license restoration lawyer who handles around 200 cases a year, I get loads of calls and emails from people who want to win back their driver’s licenses. Because I guarantee to win every case I take, I have to make sure that everyone I do accept can and will, in fact, win. The absolute key to winning a driver’s license restoration or clearance case is proving that you have really quit drinking, and are a safe bet to never drink again. In other words, the main focus of a license appeal is on drinking, and making sure that you have quit and will stay quit. Without that, nothing else matters. 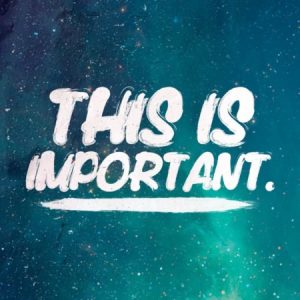 The simple truth is, the whole sobriety thing is misunderstood, if not completely missed, by most people. Almost everyone who emails me, for example, will give the year of their last DUI conviction or will indicate how long it’s been since they’ve had a license. They’ll often go on to explain how hard it’s been for them to get by without a license, and how much they need one. That’s all great, but none of it matters a bit unless a person can also show how much their lives have changed without alcohol. Accordingly, the first question I have of anyone interested in a license appeal is, “when did you quit drinking?”

A big problem is that many people don’t really understand what sobriety actually means. In the context of a driver’s license appeal, it means that a person has quit drinking for good. It does NOT mean that a person still drinks, but does so differently, or less, or only once in a while. Moreover, it does NOT mean that a person can or should ever try to BS his or her way through a license restoration case by falsely claiming to have quit drinking. In fact, a major purpose of the license appeal process is for the Michigan Secretary of State to find anyone who is trying to scam their way back onto the road by lying about their drinking.

I point this out because plenty of people will even try some kind of “wink-wink, nod-nod” with my office, and intimate that they “know” what the deal is, but can say whatever we need them to say. In other words, they think that we’re okay with them trying to make off like they’ve quit drinking, even though they haven’t. Some will offer various reassurances that they’re not a risk anymore because they don’t drink like they used to, or they won’t ever drink and drive again, and so on.

Uh, no thank you. I won’t touch that.

Think about it: people who don’t drink alcohol are exactly zero risk to ever drink and drive. That’s a small group, but it’s also the exact target group for winning a license appeal.

Accordingly, that’s where the line in the sand has been drawn. The license appeal process is designed to prevent anyone convicted of multiple DUI’s from being able to legally drive until he or she can prove that they aren’t a risk to drink and drive again because they can show that they are likely to not drink again, ever.

Lots of people think they “get” this enough to convince the Secretary of State that they have really quit drinking, even though they haven’t.

Experience has taught the SOS to EXPECT that plenty of people will try and fake their way through the process by claiming to be sober when they’re not. Over years and decades, the state has seen every trick in the book. Beyond developing an expertise for sniffing out BS, the hearing officers have a few really powerful weapons in their arsenal.

First, there is the legal burden of proof. Under the main rule governing license appeals, a person must prove 2 things by what is called clear and convincing evidence. Moreover, the main rule specifically instructs that the hearing officer shall NOT grant the appeal unless the person proves –

The letters and the evaluation have to meet certain standards, but – and this is key – they must also combine with any other evidence to rise to that legal standard of “clear and convincing.” This is the highest standard in civil law.

The upshot is that when you go for a license reinstatement, it’s not like you start with the scales of justice balanced evenly. Instead, you walk into a situation where they’re tilted all the way on the other side against you, and you have to add a bunch proof just to get them to even, and then keep adding more to make them tilt your way.

If you fail to do that, the hearing officer must deny your case.

Second, the hearing officers have broad discretion to determine what is “clear and convincing.”

Beyond just reading the documents a person files, they also assess his or her credibility. They’ll ALWAYS have questions; in fact, a hearing is nothing more than a question and answer session. The real function of a hearing is to make sure that the description of the person in the evaluation and in the support letters is really accurate. This, by the way, is why anyone seeking a clearance should never skip a hearing.

One of the reasons I guarantee to win every case I take is because I only file cases for people who are genuinely sober. Thus, because our job is to tell the truth, we have nothing to fear about doing so.

The hearing officers are good at their job, and since the main thrust of that job is to screen out the BS-ers and scammers from those telling the truth about quitting drinking, then the better they are at doing that, the better for us!

At the end of the day, the hearing officer alone decides if somebody has really quit drinking for good. While their decisions are reviewable in court, the standard for overturning them is that they are not supported by material and competent evidence.

Thus, in the real world, even if a Judge finds he or she would have decided a case differently, that’s not enough to overturn it. The Judge has to find that the hearing officer essentially abused his or her discretion.

What this means, then, is you not only have to be sober to win your license back, but you have to prove your sobriety by clear and convincing evidence. You can’t just go in and say you don’t drink anymore.

Remember, you have to hit a home run, and to carry that analogy one step further, it’s pretty much like the state is trying to strike you out.

The takeaway here is simple; sobriety is THE focus of a license appeal. It doesn’t matter how long a person has stayed out of trouble, how long they’ve been without a license, or how much they need one; the only thing that matters is whether to not they’ve quit drinking and have the commitment and tools to remain alcohol-free for good.

The license appeal process is designed to screen anyone out who can’t convincingly prove this.

If you have lost your license for multiple DUI’s and are looking for a lawyer to help you get back on the road, be a smart consumer and read around. Then, check around. All of my consultations are free, confidential and done over the phone, right when you call. My team and I are really friendly people who will be glad to answer your questions, explain things, and even compare notes with anything some other lawyer has told you. We can be reached Monday through Friday, from 8:30 a.m. until 5:00 p.m., at 586-465-1980.