One of the best parts of my job as a Michigan driver’s license restoration lawyer is actually winning licenses back for people. As much as I have written about how my team and I guarantee to win every case we take, and why we can do that, I want this article to shift the focus to how awesome it is to actually be the person, and be with the person, who wins. 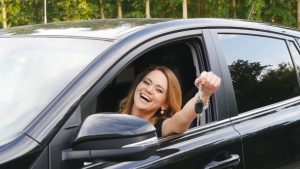 Over the course of my years, I have been rewarded with a heartfelt “thank you” countless times. For everything we do, nothing beats the satisfaction of actually helping someone who genuinely deserves to be able to drive again win back a valid license. I feel good about my driver’s license restoration work. I help honest, sober people get back on the road, not risky drinkers.

The simple truth is that the work that most lawyers do is miserable. Almost nobody comes into a lawyer’s office on a roll. This is certainly true for anyone facing a DUI or criminal charge. Although I have never handled a divorce case, I’d be hard-pressed to imagine a situation much more unpleasant than that.

No matter how you cut it, for most lawyers, a new client is someone having problems, like having been charged with a crime, going through a divorce, or being sued.

By contrast, people who have quit drinking and are good candidates to win their licenses back are on the upswing in life. As a Michigan driver’s license restoration lawyer, I am lucky enough to deal with this group.

Sobriety brings profoundly changes a person, and always for the better. Often enough, getting back on the road is the last piece of the puzzle to be put in place by people who have done all the work to get sober. In getting to know my clients, I’ve heard innumerable stories, told with laughs, and, at times, through tears, about how things used to be, back when they drank, and how much better things are now, without alcohol.

Nobody quits drinking because it was working out so well. In fact, just about everyone who does quit drinking usually waits a bit too long after it became a destructive force in their lives. Alcohol screws up a lot of things. For a lot more people than one might suspect, drinking becomes a problem. Along the way, most people wrestle with this by trying to get a handle on their drinking, or to somehow control, or limit it.

Of course, that never works. Once a person has to so much as even THINK about managing his or her drinking, it has already become a problem, and, as the old saying goes, “anything that causes a problem IS a problem.”

Quitting drinking is hard. Very often, the difficulty is every bit as much psychological and social as anything else. Drinking can become woven into the fabric of someone’s life. Plenty of people are married to drinkers, hang out with people who have adult beverages on the weekends, and socialize with alcohol.

For plenty of people, the idea of never drinking again seems incomprehensible, inasmuch as it seems to require isolation from everything a person does, and everyone they know.

Of course, it’s never that bad, but for anyone who hasn’t had enough trouble to be ready to stop yet, that’s what the idea of “quitting” seems to involve.

The reality is that it takes a lot for a person to be pushed to the point where they just can’t take it anymore and then make the decision to quit and get sober. The sad truth is that most people for whom drinking is a problem will never get to this point.

In other words, recovery the exception, not the rule.

This is huge, and is part of the reason the Michigan Secretary of State makes the driver’s license restoration and clearance process is so hard.

Plenty of people try to quit drinking, and some do manage to abstain from alcohol for various periods of time. However, only a small percentage of alcoholics maintain long-term recovery, which is clinically defined as 5 or more consecutive years of complete abstinence.

Ah, but for those that do manage to put the plug in the jug – the sky is the limit.

The biggest, most obvious and wonderful part of sobriety is that it brings real happiness.

Genuinely sober people are genuinely happy. The AA people have a lot of sayings, and when speaking of real recovery, they’ll often say “gratitude is the attitude,” meaning that people who do successfully quit drinking are truly thankful for a new lease on life.

Before that happens, however, a person had to quit drinking, and, to use another AA saying, will only do so because he or she has grown “sick and tired of being sick and tired.”

There is a stark contrast between what life was like just before a person gets to that point, and how he or she feels when, as a result of getting sober, they’ve regained the trust and respect of the people who matter in their lives, feel better physically and mentally, and have that sense of gratitude. It’s life-changing, and you can’t miss it.

It makes people in recovery a pleasure to be around. No matter how you cut it, people who get sober are winners.

As a result, that just helps motivate me and my team to go and win their license appeal cases.

Sure, I guarantee to win every license restoration or clearance case I take, but being motivated to not have to do the case all over again is not the same thing as being motivated to go and win the prize for someone who deserves it.

Yet for all of that, nothing beats the reaction when someone hears that they’ve won. In some cases, the decision to grant a license appeal is announced immediately after the hearing. When that happens, it’s tissue time.

Most people do choke up and/or cry tears of joy. I love the story of one client I had, years ago: He was a big, burly, black-leather wearing diesel truck mechanic who had moved down south. Although he was a nice guy, he looked like he could floss his teeth with a chainsaw and snap baseball bats in half with his bare hands. When the hearing officer told him that he’d grant a clearance, the big guy just sobbed out loud.

It was very moving.

It had been decades since he had a license, and he had spent years putting his life back together after getting sober. Winning his appeal was that last piece of the puzzle that suddenly validated everything.

Although I see this happen all the time, and despite the regular expressions of gratitude I get from my clients, I am still affected by this. I enjoy helping people win. I get choked up, too, and I cannot think of anything that compares with being able to share a little bit of someone’s joy like this. It makes my job worth doing.

To me, this is not just about “winning.” It goes beyond merely being successful in a case. It’s about words like “deserve,” “earn,” and “work.” It’s about helping someone who has done the work to get sober earn back the ability to drive that they now deserve. It’s about gratitude, and being part of doing something good, and right.

Few lawyers will ever experience this. I’m sure there are some lawyers out there who earn 20 times more than me, and who “celebrate” when they hit a big payday, but for all that money, they’ll never get the warm and fuzzy feelings that come with helping someone who has gotten sober put that last piece of the puzzle of life back into place.

If you’ve lost your license, you undoubtedly want to experience tears of joy by winning it back. If you’re looking for a lawyer to help do that, be a good consumer, read around, and then check around. All of my consultations are confidential, and done over the phone, right when you call. We are really friendly people who will be glad to answer your questions and explain things. You can reach us Monday through Friday, from 8:30 a.m. until 5:00 p.m., at 586-465-1980.