In order to win a Michigan driver’s license restoration or clearance case, a person has to be genuinely clean and sober. I have to raise this subject rather frequently, because my office gets contacted all the time by people who don’t really understand what sobriety means, and want to plow ahead with a license appeal even though they still drink or use marijuana. They miss that the first requirement, and key to winning, is proving that you have quit drinking and/or getting high for good. In this article, I want to take a quick look at how that applies to drinking, and using marijuana. 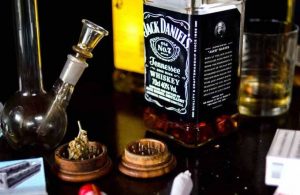 The rule governing license appeals necessitates that a person show that he or she has been alcohol and/or drug free for a sufficient period of time (at least 1 year, although longer is always better) and that he or she has the commitment and the ability to remain clean and sober for life. That leaves no room for any drinking, nor the recreational use of marijuana – ever. We’ll skip any discussion of medical marijuana in this piece, because whether or not its use will prevent someone from winning back their license can only be determined on an individual, case-by-case basis.

As much as I try to explain this every way possible within these blog articles, and although I always try to be diplomatic about it, the simple, cold truth is that only a minority of people truly “get it” when it comes to sobriety. That’s a problem, because only those who do get it have any chance of getting back on the road. Indeed, the main job of the Michigan Secretary of State hearing officers who decide license appeals it to screen out those few people who do get it from all the rest who don’t.

Remember, the main legal standard, or, as one could say, the meat and potatoes of a license restoration appeal, is whether you have quit drinking for long enough, and, more important, whether you have what it takes to never pick up again. People who get sober come to understand that real sobriety means one cannot ever use any mind-altering substances whatsoever.

The only way a person with a drinking problem can call themselves sober is when they can honestly say that they don’t consume any alcohol, ever, nor do they smoke weed or use any kind of intoxicants, and accept that they never can again, either.

The very moment a person contacts our office about getting his or her license back, and then starts going on about how drinking is legal, or marijuana is now legal, we know they don’t have a clue about sobriety. Although being in AA is NOT necessary to win a license appeal, one of the benefits people get from having spent any time in the program (this applies equally to NA or any community support group) is that they learn there are no half-measures when it comes to getting sober.

If you drink at all, or even think you could ever drink again, then you’re not really sober.

The same thing applies to getting high. Trading one substance for another, or continuing to use one while stopping any other(s) keeps a person from ever experiencing true sobriety. For most people, the need to stop drinking is the result of having done too much of it in the first place. That said, there are also plenty of people who honestly do not drink that often, but who are at risk to overindulge when they do. Here’s the catch –

None of that matters at all.

It couldn’t matter less if a person used to drink once every 3 years, or drank all day, every day.

Once a person racks up 2 DUI’s and/or drugged driving convictions, the Michigan Secretary of State will only consider returning a license if he or she can prove that they’re a safe bet to never drink (or get high) again. Anyone who really understands what it means to get sober knows that doing so requires abstaining from putting any kind of intoxicants in one’s body.

Is it theoretically possible that there is someone out there who used to have some kind of drinking problem, but now only indulges once in a while, and in a non-problematic way? Yeah, it’s possible, but it’s also HIGHLY unlikely.

Moreover, the state isn’t interested in any of that.

Most people who haven’t made it to the point of quitting completely trick themselves into believing they are just that person, but they’re not.

A client of mine once put it like this: the moment you even have to think about controlling, limiting or managing your drinking, you’re not a normal drinker anymore. This applies equally to getting high. People who don’t have a problem don’t have to think that way.

If the idea that “I can control myself” passes through your mind, it almost certainly means you have some kind of issue.

Understand that the Secretary of State’s operates from the proposition that people who don’t drink or get high are ZERO risk to drive drunk or high. That makes sense, right?

And that’s right where the line in the sand has been drawn.

The state has decided that it has no interest in taking any chances it doesn’t need to take, and isn’t going to ever get drawn into any kind of hair-splitting discussion about how somebody now only drinks on special occasions, or doesn’t drink that much, or would never drink and drive.

Instead, it has decided that only people who can prove, by what is called “clear and convincing evidence,” that they have quit drinking and/or getting high for good will ever be considered for re-licensure.

It’s a somewhat crude analogy, but imagine if your local school district sent a notice that it has hired “Charlie” as a new custodian. The district says that, while it’s true Charlie had a couple of sex crimes convictions, and even one involving children, more than 20 years ago, but he’s been a model citizen ever since.

That would never happen. The state legislature has drawn its line in the sand there, too, and refuses to allow anyone with just about ANY prior convictions to work in or even around a school. To be sure, most people with prior sex crimes convictions can’t even go within 1000 feet of a school, much less take a job in one.

Who would ever think there’s anything wrong with that?

In a very real way, the notion that someone has a problem is a matter of perspective; specifically, the person’s perspective. When someone has been arrested at least 2 times for DUI’s, or some combination of DUI and/or drug offenses, something is up. It’s not just bad luck. When alcohol and/or drugs become the common denominator to getting into trouble, and especially when that results in a person being legally unable to drive, there is a problem.

Unfortunately, it’s usually the person with the problem who is the last one to figure this out.

As I noted before, most of the time, a drinking problem involves over-indulgence, but there are plenty of people who DON’T drink or get high that often, but who just become something of a loose cannon when they do. If a person with 2 DUI’s insists that he or she isn’t a big drinker, that just means that when they do drink, they’re much more of a risk.

One of the first things a person learns as he or she gets clean and sober is that they have to cut ties with any and all partying activity. A person hooked on opioids can’t drink, any more than a person with a drinking problem can smoke weed. A person with a substance use disorder has to learn to refrain from any and all substances.

If a person has a gambling problem and has lost the family savings at the casino, it’s not like he or she can still play the lotto, instead.

This is where the whole idea of “getting it” comes into play. Anyone who is genuinely sober knows this, and more or less instinctively understands it. This stands in stark contrast to those who try and argue that, despite having had their license revoked for multiple DUI’s, they can still engage in any kind of controlled or limited use of intoxicants.

There are other lessons that are key to early sobriety, like the idea that a person trying to get clean needs to “avoid wet faces and wet places,” meaning people who drink, or places where there is drinking. The same sentiment can be found in the corollary message, “avoid dirty faces and dirty places,” referencing drug use.

Another great line reminds someone that “I didn’t get in trouble every time I drank, but every time I got in trouble, I had been drinking.” You can add in or substitute getting high and/or using there, as well.

The more a person wants to argue that they’re an exception to the need for complete abstinence from alcohol and/or drugs, or that they’re somehow different than everybody else when it comes to that, the more it’s clear that drinking or getting high is just too important to them.

If someone can’t drive because of past drinking, and they learn that, consistent with the clinical concept of sobriety, that they must be abstinent from any and every kind of intoxicants before they can win back a license, and they want to argue that not being able to indulge “is bull$hit,” then what does that tell you?

Where are that person’s priorities?

The kicker, though, is that it doesn’t matter what I believe, or you believe, or anyone else believes about sobriety. The state has established its standards: a person must have been abstinent from alcohol and all drugs for a “sufficient” period of time, and must demonstrate the ability and commitment to remain substance-free for life. Unless and until a person meets those criteria, there is NO chance of winning a license appeal.

After you’ve read around, you should check around. All of my consultations are confidential, and done over the phone, right when you call. My team and I are very friendly people who will be glad to answer your questions and explain things. We can be reached Monday through Friday, from 8:30 a.m. until 5:00 p.m. (EST), at 586-465-1980.