In our roles as Michigan driver’s license restoration attorneys who guarantee to win every first time license appeal and clearance case we take, we do, quite literally, hear it all. It is an everyday thing for us to hear how much someone has changed since they gave up drinking, and that they’re now ready to move forward in life and drive again. In much the same way that getting sober is the first thing a person must do to have any chance of winning a driver’s license appeal, actually starting the process to get it back is often the last step in that journey. 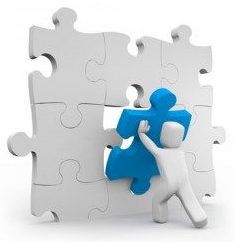 I cannot say this enough: the whole point of a Michigan driver’s license reinstatement appeal is to prove to the Michigan Secretary of State that you have given up drinking for good. This requires showing 2 things: first, that you have been completely abstinent from alcohol for a “sufficient” period of time (in my office, we generally want our clients to have a minimum of 18 months of sobriety) and second, that you have the commitment and ability to never drink again. Key to this is that you’ve gotten sober for yourself, not just to get your license back.

It is a huge thing when someone quits drinking because they’ve finally “had enough.” From that point forward, everything about their life changes, and all for the better. This is what recovery and sobriety is all about. The simple fact is that a person cannot really get sober for anyone else or for any reason other than wanting it for themselves. When a person gets sick and tired of all the problems caused by drinking and then finally makes the decision to give it up completely, there is often a lot of repair work to be done in their lives. It’s normal for many of their close relationships to have been damaged (if not broken) because of alcohol.

By the time most people finally “get it,” it’s usually because they were able to take a clear look at their lives as a whole, and the role alcohol has played in it. Getting sober is partly a healing process, and it involves body, mind and spirit. People who get into recovery will start to feel better physically, mentally and emotionally rather soon.

Of course, being able to drive again is a consideration, but it is never be the primary reason underlying a heartfelt decision to get sober. People quit drinking because they have hit their bottom, and as the AA saying goes, are just “sick and tired of being sick and tired.”

A person can abstain from drinking for any length of time, but until he or she commits to making that permanent, and living out an alcohol-free lifestyle, he or she isn’t really sober.

In fact, lots of people will consider “quitting drinking” for some length of time in order to get a license back, but that’s a far cry from any kind of real sobriety, and certainly not enough to win a license appeal.

The Michigan Secretary of State is only interested in granting licenses back to people who have given up drinking for good, and in the truest sense, that means people who have genuinely hit their bottom, recognized alcohol as the common denominator to all the problems in their life, and then chosen to live a life without it.

In fact, we are contacted regularly by people who make clear that they’ll “say whatever you need me to say,” thinking that they can somehow BS their way through the process. No thanks…

Beyond the fact that one of the main tasks of the hearing officers is to weed such people out, we have ZERO interest in that kind of stuff anyway. To be clear, we are ONLY interested in representing people who have honestly quit drinking for good.

Unfortunately, only a minority of people ever really get sober. Loads of people struggle with their drinking over long periods of time, and many just can’t put the plug in the jug, so to speak.

There is a saying in AA that “gratitude is the attitude,” and that refers to the good fortunate of those people who are able to think through the denial phase long enough to realize they have to stop drinking, and then finally take action and do so. When people get sober, every part of their lives improves, and those who are lucky enough to experience this are always grateful for it.

From our end, as Michigan driver’s license restoration lawyers, we can pretty much tell if a person “gets it” or not very quickly. Sometimes, it’s the person’s attitude that gives him or her away. When people begin inquiring about a license appeal by complaining about how they’ve been punished enough, they stand in stark contrast to those who start out by telling us how long they’ve been sober.

Let’s look at a couple of hypothetical email contact form examples that are typical of those we get all the time:

My name is Carl and I lost my license back in ’09. I completed probation and all the classes and paid all my fines. I tried to get my license back, but was denied twice. I think I have more than paid my dues, but the Secretary of State doesn’t think so. It’s been over 10 years! I haven’t been in any trouble since my last DUI, and really need to be able to drive again.

Compare that to this one:

Hi, my name is Samantha. I have been sober now for nearly 4 years. I went to AA for almost 2 years, including a whole year after my court requirements to do so. I have gotten engaged and have a really good job. My fiancé and I live together, and he doesn’t drink, either. I would really like to get start the process to get my license back.

These hypotheticals are very much like the kinds of emails we really do get. While you can’t say that either one of these is definitely a winner or loser, just based upon the thousands of contacts we receive and our experience with them, chances are that Complaining Carl hasn’t completely quit drinking and embraced sobriety, and therefore isn’t ready.

By comparison, Sober Samantha certainly has quit drinking, and is probably someone whose case we’d take (and win).

Of course, Carl could be sober, and just not very good at explaining himself, while Samantha, despite describing herself as “sober,” could be involved in other activities or behaviors that the state would consider too risky. We’ve seen plenty of people like Samantha who say “sober” in one breath, but then, in the next, admit to something that is clearly not contemplated within any definition of sobriety, like occasionally smoking marijuana.

Anything is possible, but in the real world, when people go through the transition from drinker to non-drinker, they first focus on rebuilding their lives, and getting their license back is often the last piece, or at least one of the last pieces of that puzzle to be put in place as they do that. This is no hard and fast rule, but it’s just the way things most often play out, and it often shows up in the very first words they use to contact us.

Some people are more “reflective” about this than others. Folks who go to AA are often more able to talk about their recovery as a story, while those who aren’t into, or never really got into AA, may not think of this so much in terms of a story rather than just the reality of what they’ve been through.

As long as a person is sober, though, none of that matters.

If someone is walking down the street and gets hit in the head by a rock, it doesn’t really matter if he or she is good at making a story out of it or not, because their experience of getting clobbered is the same. It’s the same thing for getting sober: it’s an experience for everyone who does it.

Our job, within the parameters of a driver’s license restoration or clearance appeal, is to fit that into the framework of the kind of story that makes up a winning case.

There will always be common elements within those stories. For those who have genuinely embraced sobriety, their focus will inevitably turn to how much different and better things have become. This will always contrast starkly with those who have merely stopped drinking; for them the best they can do is point to how, without alcohol, they haven’t gotten in any trouble.

The absence of trouble is a benefit of sobriety, but it hardly defines it. It’s very much like how not being overweight is a benefit of being physically fit, but, by itself, doesn’t define it. A really fit person will first point to things like their cardiovascular health, their stamina, and their increased energy level long before they mention not carrying any extra pounds as a key benefit of their physical conditioning.

When people do get sober, they’ll regain the trust and respect of those who matter in their lives, and they’ll begin to reap the rewards of feeling better in every-which way. Being able to drive again, while important, very often becomes a concern later on, and, in many cases, is, as I said, the last piece of the puzzle in their rebuilt lives.

If there is any kind of 100% guarantee about sobriety, it’s that everyone who has it, likes it.

Sobriety is a state of mind, and really gives rise to that feeling I referenced before, expressed by some as “gratitude is the attitude.” It is the polar opposite of miserable, complaining and unhappy. Getting sober may not fix all your problems, but it clears the way and equips you with the tools needed to plow ahead and get them fixed.

If that’s you, we can help. If you’re not there yet, call us anyway, and maybe we can inspire you make the decision to give up drinking so that you can get your license back, down the road.

If you’re looking for a lawyer to help you to either restore your Michigan driver’s license, or remove a Michigan hold on your driving record in order to get a license in another state, be a good consumer and do your homework. Read around, and see how lawyers explain the license appeal process, and how they explain themselves. When you’ve done enough of that, start checking around.

All of our consultations are free, confidential, and done over the phone, right when you call. My team and I are very friendly people who will be glad to answer your questions and explain things. It’s always best if you can give us a ring when you have time to speak.