In the previous license restoration article on this blog, I tackled 2 myths about winning a Michigan driver’s license appeal case; the notion that you can’t win your license back the first time you try (I do, and I guarantee it!) and the idea that how much you “need” a license matters.  In this article, I want to dispel 2 more common misconceptions about Michigan license reinstatement cases: 1.) That you need to be in AA to win your license back (you don’t; less than half of my clients are in AA, and I guarantee to win every case I take), and 2.), that, if you’re a Michigan resident, you can avoid getting a restricted license and/or an ignition interlock for the first year (you can’t).  The inspiration for these articles really comes from my experience in answering questions about these topics so many times over the years.  To make sure we start off accurately, let me be clear: First, you don’t need to be in AA to win a Michigan driver’s license restoration or clearance case, and second, if you live in Michigan, the ONLY kind of license you’ll win back is a restricted license, for one year, that also requires you to drive using an ignition interlock device. 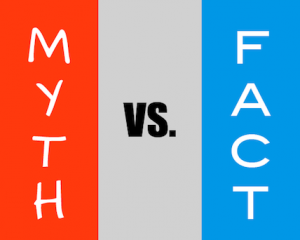 Years ago, it was hard to win a license appeal without being in AA.  This is no longer the case, and, as I noted, the majority of clients for whom I win license reinstatements are not in it.  I’ve written rather extensively about this in the past, so I won’t repeat the analysis here beyond pointing out that having been in AA, even briefly, is helpful, but not necessary to win your license back.  Many of my license appeal clients have been to at least a few meetings, but even if you’ve never gone, it won’t hurt your chances to win a license restoration or clearance appeal.  Treatment protocols have changed (I’d like to think evolved) over the years, and now, even a lot of IOP (Intensive Outpatient) programs don’t require AA attendance anymore.

There are 2 kinds of relief you can win if you file a license appeal with the Michigan Secretary of State’s Administrative Hearing Section (AHS), the body that decides these cases: If you have moved out of Michigan and are a resident of another state, you get what’s called a clearance, which is a removal of the Michigan hold (revocation) on your driving record.  This allows you to get a license in another state.  If you not claimed residency in another state (meaning you still remain a Michigan resident), then you can only win a restricted license and must drive, for at least the first year, with an ignition interlock installed on whatever vehicle you’re using.  You do not need to own a vehicle, but whatever you drive must have an interlock unit.  We’ll get to this later, as well.  Let’s turn first to misconceptions about AA and license restoration appeals…

There was a time, perhaps 2 decades back, that I wouldn’t even touch a driver’s license restoration case unless a person was active in AA.  I hated that time, because I knew that plenty of people were able to achieve and/or maintain genuine, real sobriety without AA.  For what it’s worth, my understanding, although it needed no independent validation then, has been academically confirmed since, when, a number of years ago, I completed a post-graduate program of addiction studies.  Plenty of people get and/or stay sober without AA.  Indeed, newer treatment protocols have grown to focus on helping a person find the kind of help that is a good fit for him or her.  This more modern approach does not ignore the historical fact that AA has always been a large part of the foundation of recovery (to some, it is still the entire foundation, and that’s fine if it works for them), and, in many ways, really gave us the “language” of alcoholism and recovery.  The idea that you must be in AA to be sober, however, has been disproven and is now obsolete.

This was a huge source of frustration for people who had been able to maintain long-term sobriety without the program and were ready to move forward with a license appeal.  Some of these people expressed a willingness to go back to AA, despite not wanting to do so, in order to win back their license.  I was always against that, because I really believe that as much as one’s recovery is rooted in honesty, it’s important to be able to look the hearing officer in the eye and speak from the heart about how and why a person has been able to remain sober.  There is an enthusiasm that is a natural component of recovery, and it cannot be faked.  For someone whose sobriety is not based in the AA program, pretending otherwise will naturally lack that enthusiasm in a way that should be observable to the trained eye.  In other words, you can’t BS that you “love” AA if you don’t.  Nor should you have to.

Today, it is recognized that different strokes work for different folks.  Fortunately, this is known both in the clinical world and in the world of Michigan driver’s license appeals, as well.  The key to winning a license appeal is genuine sobriety.  If I have that in a client, I can make his or her case a sure winner.  To the extent that some AA people present with the advantage of a “story” because they’ve told it around the tables, I make sure that all equals out.  My client and I will develop the story of his or her recovery, whether they’ve been to any AA meetings or not.  This is an important part of what I do when I have my first 3-hour meeting with a new client because, even amongst those people who’ve been or are still active in the program, most have never really put together a linear description of their recovery journey and the transition from drinker to non-drinker.  It’s not only that we cast your experiences into the shape and trajectory of a story, but in doing so, most people “see” things in a way they’ve never thought of before.  For example, just about everyone would agree that by the time they had quit drinking it hadn’t been fun for a while, but not everyone has thought about it that way until it is brought up to them.

The bottom line is that AA is not necessary to win a Michigan driver’s license restoration or clearance appeal.  Of course, any time spent in AA can be helpful in the context of a license appeal, and those who still find help or support at the tables will always find that the state appreciates (and, accordingly, favors) their attendance there.  AA may not be needed to win a license case, but it is still the granddaddy of all recovery methods and I doubt there will ever come a time when it is every seen as anything less than the crown jewel of them all.

Beyond a lot of unknown stuff about the license appeal process, there is a lot of stuff that people just plain get wrong.  I think that most people know, or at least have a sense that, if you are a Michigan resident, you are first granted a restricted license with an interlock unit (some people mistakenly call this a “breathalyzer on your car”), but that doesn’t stop almost everyone from asking if they must drive on a restricted, first, or if there is some way to bypass it and get a “full” license.  This one is easy:  It doesn’t matter if you are the most important person in the world, or who else you may be, or what you need to do, or anything else, because you must spend the first year after winning on a restricted license with an ignition interlock.

Want to know the exceptions?  There are none.  This isn’t to be confused with the situation where, if you lose a license appeal and then overturn that decision in circuit court (a losing proposition if there ever was one; I took one such case, years ago, and although I did win it, I’ll never touch another), the Judge can grant a full license.  Earlier in 2016, this law was amended to allow a Judge to grant a restricted license, instead.  For the handful of such cases that ever had any chance of winning such an appeal, the ability of the Judge to hand out a restricted license instead of a full license effectively ended any possibility to bypass a restricted license even after losing at the Secretary of State and then appealing in the circuit court.

Okay, just to be clear, the chances that you can skip a restricted license with an interlock and get a full license:  Zero.  It cannot and will not happen, and if you’re tempted to pay money to anyone who says otherwise – and you can take this statement to the bank – you are getting ripped off.

Of course, anyone who had declared residency outside of Michigan and wins a license appeal here gets what’s called a “clearance,” and not any kind of Michigan license.  A clearance lifts Michigan’s hold on the driving record.  In the real world, that means that if you live out of state, you’ll probably get a “full” and unrestricted license in your home state.

That’s it.  You don’t need to be in AA to win a Michigan driver’s license restoration or clearance case.  If you do win a Michigan license appeal and are a resident of this state, you MUST drive for the first year on a restricted license using an ignition interlock.  If you live outside of the state and file for a clearance of the Michigan hold on your driving record, you win just that – a clearance of the Michigan hold, and not any kind of Michigan license.  For the most part, this allows an out-of-state resident to obtain a full license in his or her state of residence.

If you are sober, I can (and if you hire me, will) win your license appeal.  You should do your homework and read all the articles and information you can from as many lawyer sites as you can take, then, when you narrow your search down, pick up the phone and call around.  All of my consultations are done over the phone, right when you call.  My office is open Monday through Friday, from 8:30 a.m. until 5:00 p.m., and can be reached at 586-465-1980.  We’re here to help.