In the previous articles in what I’m calling this “loose series” (LS) about Michigan driver’s license restoration and clearance cases, we began with my first meeting with a new client, moved on to the substance use evaluation (SUE), and, most recently, covered the letters of support.  In this installment, I want to put those things in perspective and examine the standard of proof used by the Michigan Secretary of State’s Administrative Hearing Section (AHS) to evaluate that evidence and decide these cases.  In other words, I want to look at specifically how these cases win or lose.  The SUE and support letters have to meet certain criteria (think of it as reaching a certain level), to be good enough, so making sure they do is the major part of what we spend 3 hours doing at our first meeting.  This means we need to really understand what that “certain level” is all about. 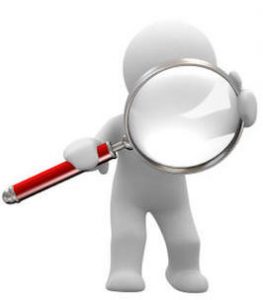 Technically speaking, the legal standard used in deciding license appeals is “clear and convincing evidence.”  I’ve provided some rather detailed explanations of what that means in other articles, so we won’t rehash all of it here, except to note that for as complicated a standard as this can be (an old joke is that if you asked 12 Judges what it meant, you’d get 13 opinions), at least within the context of a driver’s license reinstatement case, “clear and convincing” means a lot what it sounds like.  Your evidence needs to be clear, as in leaving the hearing officer with no unanswered questions, and it must be convincing, as in compelling.  Going a long period without any DUI’s or other trouble may support the idea that a person has stopped drinking, but it is hardly clear proof (what if the person was out of the country, or living somewhere remote) and falls far short of compelling, as well (maybe he or she has just been lucky).  When you think “clear and convincing,” you need to think of terms like crushing it, flying colors, or hitting it out of the park.  Clear and convincing is never quiet and unassuming; it’s like that loud friend or relative who can be loud and embarrassing, but still lovable.

That’s not even the half of it, though, because the clear and convincing legal standard doesn’t function by itself.  Instead, that standard is set by the main rule governing license appeals, which specifies that “The hearing officer shall not order that a license be issued to the petitioner unless the petitioner proves, by clear and convincing evidence, all of the following….”  In other words, this rule commands the hearing officer to NOT grant an appeal unless the person proves the 2 main legal issues (1 – that your alcohol problem is “under control,” meaning you haven’t had a drink for some time, and 2 – that your alcohol problem is “likely to remain under control,” meaning that you’re a safe bet to never drink again) by evidence (SUE, support letters and testimony) that rises to the level of “clear and convincing.”  Thus, no matter how sober you may really be, the hearing officer’s job is way more about looking for a reason to deny your appeal than looking at all the reasons to grant it.  This may sound harsh, but, as we’ll see, there’s a good reason for the rule to be so exclusionary.

For everything that should and should not be in your substance abuse evaluation and letters of support, it’s all presented to a hearing officer who has to keep in mind that his or her job is to consider it under the rule directing that he or she “shall not order that a license be issued…” unless you prove, “by clear and convincing evidence” that your alcohol problem is under control, and likely to remain under control.  The fact that you really need a license and are a genuinely good person doesn’t matter at all.  In fact, it doesn’t even matter how sober you are, unless you can prove it.  And as I pointed out earlier,  having stayed out of trouble doesn’t prove anything.  You win your case by showing the hearing officer that, for all the reasons you should win your license back, there isn’t even one reason why you should not.

In my practice, I meet with a lot of people who have previously tried and lost a license appeal, either on their own, or with some lawyer who claimed to “do” these cases.  Beneath all the various specific reasons they lost, it is painfully obvious that the appeal was put together without any awareness of the “shall not” mandate to the hearing officer to deny the appeal unless the person proves his or her case by “clear and convincing evidence.”  While I don’t want to sound like a broken record, it’s not all the things you do right, or the reasons why you should win that matter, but rather the one thing you overlook that will sabotage your appeal.  This is not an easy concept to grasp, because we think of getting 95% on a test as doing well, but here, it’s more like trying to cross the ocean in a submarine that’s 95% waterproof.

And while we’re here, let’s talk about another 95% issue that really matters: long term sobriety.  It is widely accepted that more than 95% of all alcoholics never achieve and maintain long-term sobriety.  To keep this from turning into a scholarly dissertation, don’t get caught up in the term “alcoholic,” but rather take it to mean “drinking problem.”  “Long-term sobriety” is generally used by clinicians to mean 5 or more years of continuous abstinence.  The take-away here is that the state is aware that less than 5% off all alcoholics are going to become, and then remain, sober.  All of these people, and not just the sober folks, and the ones asking for their driver’s license back, and after racking up multiple DUI’s, no less.  Sure, these numbers aren’t exact, because repeat offense DUI driver’s almost always have been ordered into some treatment, but the fact still remains that only a small fraction of them will quit drinking and stay sober for life.  The license restoration process is about the state finding those needles in the haystack of people filing license appeals.

It gets worse before it gets better.  It would be a great thing if the AHS had some kind of detector  device that could just separate those who are and will remain sober from everybody else, but there is no such thing.  Instead, everyone who is legally eligible can file an appeal, and as hard as the state tries to keep those at risk to ever drink again from getting back behind the wheel, some people who win do just that – drink again.  As it turns out, out of the dozen or so license restoration or clearance hearings I hold every month, about 1 of them, on average, is for someone who had previously won back his or her license, only to lose it all over again for another DUI.  Of course, the imperfect system also accepts that another kind of collateral damage involves genuinely sober people having their appeals denied because they haven’t proven their sobriety by evidence that rises to the level of “clear and convincing.”  Fortunately, that doesn’t happen to my clients; I guarantee to win every license appeal case I take.

Let’s pause here to recap this series, and this article: The process begins with an initial, 3-hour meeting in my office (after, of course, we’ve screened the client to make sure he or she is sober and otherwise legally and practically eligible to win).  We spend most of those 3 hours preparing for the substance abuse evaluation (which is takes place after our meeting), and some of it going over the letters of support, which are returned to me in draft form so that I can edit them.  Once I have the evaluation and revised letters in hand, it’s all reviewed again to make sure that it will meet the “clear and convincing evidence” legal standard, keeping in mind that the main rule governing license appeal directs the hearing officer to NOT issue a license unless that standard has been met.  This is detailed work, and takes time.  There are no shortcuts to doing things right, especially when I have a guarantee on the line.

The lesson here?  Most people who lose do so because they don’t know the hearing officer’s job is to look for a reason to deny an appeal, that their evidence must be “clear and convincing,” meaning that it leaves no unanswered questions about the likelihood that they have not only been sober long enough, but have the commitment and tools to remain sober for good.  Moreover, just knowing about the “shall not” mandate and “clear and convincing evidence” standard isn’t enough.  A person must understand what that requires in order to win by anything other than sheer luck.  And of course, everything, from the first meeting to the substance use evaluation (SUE) ties together with that governing rule, it’s negative mandate, and the “clear and convincing evidence” standard.  No part of the license appeal process functions alone.

In the next installment, we’ll continue our examination of the various aspects of and steps in the Michigan driver’s license restoration and clearance process and turn to the people that decide who wins and who loses – the hearing officers.  Meanwhile, if you’ve lost your license for multiple DUI’s or have a Michigan hold on your driving record that prevents you from getting a license in another state, and you’ve honestly quit drinking, I can fix this so you can slide a valid license back in your wallet – guaranteed.  You can reach my office (all consultations are done over the phone, right when you call) Monday through Friday, from 8:30 a.m. until 5:00 p.m. (EST) at 586-465-1980.  We’re here to help.