In part 1 of this article, we began our examination of that joyful moment when you win your license back by observing that, as a condition to getting there, a person has to stop drinking in the first place.  I pointed out that although my client’s gratitude is the ultimate reward for my work as a Michigan driver’s license restoration lawyer, I fully expect to win every license restoration and clearance appeal case I take, and actually guarantee to do so.  We then moved on through why people decide to quit drinking, and how staying quit is really the key, and began examining the difference between mere abstinence and true sobriety.  We left off with our example of Snake the Biker, who hasn’t had a drink in 4 years, and is therefore abstinent, but hardly sober, because as much as he has stopped himself so far, Snake still wants to drink.  Here, in part 2, we’ll resume by looking at the difference between abstaining from alcohol when one hasn’t yet lost the urge to drink and real sobriety, where a person has moved past thoughts of drinking and no longer feels any strong urges to pick up again.  From there, we’ll work our way to that magic moment when a person actually find out they’ve won their license back! 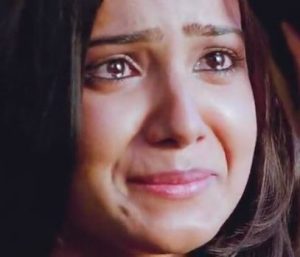 Sobriety stands in stark contrast to mere abstinence kept in place by a person’s fear of the negative consequences that will follow if he or she picks up again.  A person who is genuinely sober first thinks of how much better life has become since he or she quit drinking, and how much better he or she feels now.  It’s not that the sober person has forgotten all the bad things that will happen if he or she starts drinking again, but it’s that all of them are really secondary to the better life he or she is enjoying because of his or her sobriety.  If Snake ever got really sober, he’d either quit the gang and/or join a club for sober bikers, and be happy to get away from his old lifestyle.  He’d say the last thing he wants to do is waste his weekends with a bunch of drunken yahoos.  If you’re really sober, and you’ve had the unfortunate opportunity to interact with someone who is drunk, it’s quite the opposite of any kind of temptation to drink again.  Instead, you cringe, and think, “that was me,” and realize what an utter waste of breath, life and time all that was.

Sober people ditch the drinking buddies, get better jobs, complete degrees, get married, have kids, save money and then look at what they’ve built up and realize none of it would have been possible had they not put the plug in the jug.  A commitment to sobriety really starts out as a commitment to abstinence, but then it sticks, and the person slogs through the early stages not only wanting a life without alcohol, but wants more than what they had in their life when they were drinking.  By the time anyone quits, drinking wasn’t fun anymore.  Getting and staying sober takes work and time.  It’s not always easy.  Plenty of times a person will have to dismiss the idea of a toast of champagne or a glass of wine when the “stinking thinking” creeps up and that inner voice says something like, “Sure, we know we can’t really “drink” anymore, but c’mon, it’s been a while and surely we can just pretend to be normal and have just one.”  Sobriety means knowing this voice will always be there, but learning to ignore it so that it blends into the background noise of life, to the extent that you really don’t hear it anymore.  Abstinent people never quite get that far, and always have to fight it.  Acceptance that one can and will never drink again is a big part of sobriety.

Getting sober means facing the wreckage of what you’ve done, and failed to do.  It means owning up to the people you’ve let down, and then proving to them that it’s different this time.  And while there is always work to be done, with almost every day, a sober person feels a sense of accomplishment and feels, in a very real sense, that he or she is headed in the right direction in life.  Steps are being taken, and things are getting better.  It is this, and not just the idea of not getting in trouble, that sustains a person in sobriety.

Normally, getting back one’s driver’s license is the last piece of this puzzle.  By the time a person files a license appeal through the Michigan Secretary of State’s Administrative Hearing Section (AHS), he or she has usually rebuilt a whole new life, and sometimes, they’ve let the license thing just hang out there for a long time.  Whatever the reasons, when a person wins his or her license reinstatement case and is finally and fully “legal” again, it suddenly hits him or her that this is it; it’s paid off.  All that work, all that time, everything has led to this moment.  It’s addiction and recovery come full circle.   Suddenly, a person feels like they’ve been hit with a ton of bricks, as feelings of gratitude and accomplishment and, yes, some regret, as well, come rushing up, all at once.  Suddenly, it’s real, and official.  Suddenly, you can drive again.  Suddenly, you’re done bumming rides…

I have, quite literally, had big, burly men cry in the hearing room.  It’s been long enough that I doubt he’ll ever read this, so I feel okay telling the story of an out-of-state client who was a diesel truck mechanic, a big guy who wore lots of black leather and looked like he could snap a two-by-four over his knee and not even blink.  He was a nice guy, but I’m assuming he didn’t ever get much $hit from anybody and was probably answered with “yes, sir” a lot.  When his hearing was over and the decision was announced, he couldn’t hold back and just cried openly.  I’d be lying if I didn’t admit that I wasn’t far behind, and even the usually all-business hearing officer was moved, as well.

Moments after a decision is announced and I’m in the hallway with my client, it’s all hugs and thank you’s.  The one thing I know is that for my client, getting to this moment is something he or she will always appreciate.  They may forget my name, and even forget me, but they’ll never forget the moment they decided to quit drinking for good and how it all seemed to climax when the state approved their license and finally said, “Yes.”  If anything, it helps them remember their recovery story, and it certainly makes all the effort worthwhile.  At the end of the day, nothing can match the joy of winning your license back, because now you’re truly free and independent.

To be clear, not all decisions are announced on the spot, at the hearing.  That probably takes place only about 40% of the time.  In the other 60% or so of cases end with the hearing officer announcing that he or she is going to “take the matter under advisement,” and review the documents submitted along with his or her notes before making a decision.  There is really no benefit to a decision on the spot rather than one issued later other than the “not knowing” part.  As I noted early on, I guarantee to win every case I take, so the fact that the decision will be issued later doesn’t trouble me at all.  In fact, there is one hearing officer who NEVER issues a ruling on the spot.

In those cases where a ruling is not made at the conclusion of the hearing, I generally don’t get to see any kind of teary-eyed reaction, but I certainly get the full force of my client’s gratitude, nonetheless.  Most often, when a person gets the mail and finds his or her winning decision, they call my office and thank us profusely.  I’m told all the time about how moved the person felt, and because I see it in person, I don’t have to imagine what it’s like.  I’m sure hands shake as that envelope is opened.  And while that is really the ultimate reward for my efforts, all the hard work was really done by client in making the decision to get sober, sticking with it, and then going through the profound life changes from drinker to non-drinker.  I’m just the guy who pulls it all together into a winning case, but I couldn’t put together that winning case unless my client hadn’t already chosen and then embraced his or her sobriety, and then done all the work necessary to sustain it.

I can help you experience this.  If you’re genuinely sober, I guarantee to win your license back, no matter where in the world you live, as long as your hold or revocation is from Michigan.  You can can reach my office anytime Monday through Friday, from 8:30 a.m. until 5:00 p.m. (EST) at 586-465-1980.  All consultations are done over the phone and we’ll be happy to answer all of your questions and explain the process, right when you call.