Some articles practically write themselves.  In my role as a Michigan driver’s license appeal lawyer, I have created this blog, and to date, have published over 375 license restoration articles.  Just about every one of them is a rather detailed look at some aspect of the license appeal process, and some require a lot of effort (not that I’m complaining) and/or turn out to be multi-part installments.  I’ve learned a lot through this process, both from having to research some of the finer points I make, as well as figuring out how to explain them.  This article will be an easy one, and, because it’s the Memorial Day holiday weekend, I’m going to treat myself to the luxury of a 2-part installment that will (hopefully) be both a pleasure to read and write.  Here, I want to zoom in on that moment when my client wins his or her appeal.  It is often a very emotional moment for him or her, and is a natural high to me, because it really is the ultimate reward for my work in every license reinstatement case I handle. 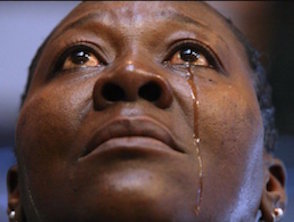 I expect to win every license appeal I take.  Indeed, I guarantee to do just that, so it’s not like winning comes as any kind of surprise to me.  It is, however, kind of like a cherry on top of my ice cream when I’m at a hearing and the decision is announced and my client suddenly realizes that all the work has finally paid off and his or here eyes start welling up.  Those are powerful moments, and being part of them is moving and rewarding.  It’s not just the “win,” however, that’s so great, it’s the fact that it is a recognition of what a person has done over the preceding years to deserve it that really makes this so special.

Before we can really appreciate the end result of a successful license restoration or clearance appeal, we need to remember that the real meat and potatoes of these case is sobriety.  The Michigan Secretary of State, through its Administrative Hearing Section (AHS), is required to deny a license to anyone unless that person proves, by clear and convincing evidence, that his or her alcohol problem is under control, and likely to remain under control.  This means a person has to prove when and why he or she got sober, and that he or she has both the commitment and tools to remain sober for life.  Nobody ever thinks of quitting drinking because it’s working out so well.  Instead, a person quits drinking when it’s just too much trouble  As anyone who has done this knows, sobriety is much more of a journey than a destination.  Sobriety is a way of life, and a state of mind that requires profound life changes in order to be sustained.  It’s all of this, and not just getting the license back, that overcomes a person when they learn they’ve won.

Quitting drinking, like quitting smoking, or quitting anything, really, is easy; it’s staying quit that’s the hard part.  The road to recovery is lined with broken promises.  Most people who get sober do so only after they realize that there is no way to manage or control their drinking, and all the resolutions they’ve made to limit it, or to only have a few, or stop by 11, or not drink on Thursdays, or never drink again, or whatever the story, haven’t worked out.  A person starts his or her journey to sobriety when he or she finally decides that enough is enough and sticks with the decision to not pick up again.

Quitting drinking isn’t as easy as just quitting drinking.  In other words, it’s that whole “staying quit” thing that takes so much effort.  It’s not like most people will get the shakes and have a physical craving for alcohol when they don’t drink, but that’s hardly what defines addiction, anyway.  If someone makes the decision to quit one night, when they wake up the next day, all the same friends and habits and routines and temptations will still be there to beckon them.  If a person is used to going out to the bar on the weekends, and then that next weekend rolls around and the friends start calling, it’s not just a matter of saying no, it’s a matter of what the hell else is he or she going to do?  Say the person skips going out to the bar on Friday and stays home instead, he or she will pretty much miss being out.  Then Saturday rolls around.  With nothing else to do, the whole sobriety thing seems like a punishment, almost like a sentence to death by boredom.

This can really be the most difficult obstacle to staying sober.  And there’s more to it that just swapping out friends; there’s a whole way of thinking that needs to change.  Beyond one’s thinking about what to do and who to do it with the newfound time, there’s often a mindset that goes with having with drinkers.  As one client of mine (a bar owner who had to get sober) observed, drinkers don’t really do anything, they just talk about stuff, and maybe doing things.  Drinkers in a bar BS amongst themselves like they’re the smartest group of people to be found, solving all the economic and political problems in the world night after night, drink in hand.  Drinkers, as a group, think they know more about sports than the coaches and managers actually working in the professional ranks.  It’s only when a person sobers up that he or she can see what a pathetic lot hangs out in a bar all night long with other drunks.

Thus, it’s normal to go through a kind of mourning period when one gets sober.  Even a person who, instead of having out at the bar, drank alone, at home, will find him or herself with all kinds of time and seemingly nothing to do.  Habits and routines are hard to break no matter what.  This sense of being lost doesn’t last long, however, and soon enough, a person finds things to do.  A person can take up new hobbies, or just watch TV and actually remember it.  The idea here is that a person will do something – anything – beyond just holding a drink and BS-ing the night away.  Not too long after that last drink, the person starts to feel better – much better, actually – as the body cleanses and renews itself.  After 30 days without a drink, a person will feel noticeably better.

Soon enough, most people begin to start earning back the trust and respect of the important people in their lives.  In no time at all, the person is busy, and wonders how they ever found so much time to waste by drinking.  At this point, the person will start to notice his or her life getting better in every way possible, including ways they never expected.  The drinking friends disappear like cockroaches running when the light is turned on, and suddenly the person feels part of something bigger, and better.  That’s called life, and it’s kind of what they’d been avoiding by drinking.

Life getting better – an actual improvement in the quality of one’s existence – is the barometer of real sobriety.  Not everyone who quits drinking, even for a long period of time, gets sober.  Sobriety requires abstinence, but abstinence is not the same thing as sobriety.  All sober people are abstinent, but not all abstinent people are sober.  Some people can simply not drink, but because they haven’t embraced sobriety, they don’t move on, don’t really move forward, and are otherwise just kind of stuck.  These are the types that, for example, will still hang out with their drinking friends.

One of my favorite hypotheticals about this requires us to imagine “Snake the Biker.”  Let’s say Snake has 5 DUI’s, and hasn’t had a drink for 4 years. When we ask him how he’s doing, he nods and replies with a somewhat tentative “Okay.”  When we ask him why he’s not drinking, especially because he’s been off of probation for a while, he says, “Look, man, I got 5 DUI’s.  If I get another one, it’s prison for me, not jail.  I’ll lose my job, probably my position in the gang, my old lady will ditch me, and I’ll lose my house, too.  I can’t afford all that $hit, so I just don’t drink, you know?”  Yet for all that, Snake still hangs out at the motorcycle club, and he still goes to the biker rallies, where he drinks Coke, instead of beer, and although he’d love to indulge, he’s too afraid of getting in trouble again.

Snake isn’t sober.  In fact, if Snake won a free trip to some cabana in the Bahamas for a week, and he took Mrs. Snake was with him, he might very well say something like, “Hey, baby, ya’ know, I ain’t driving down here, and there ain’t nobody for me to get in a fight with, so how about we order up some of them umbrella drinks, maybe?”  The problem with simple abstinence is that it is almost always kept in place by the threat of negative consequences if and when the person picks up.  That fear generally does not last forever, and sooner or later, the person will see those negative consequences from drinking as remote and unlikely.  That’s when they’ll drink again.

We’ll stop here for now, and pick up, in part 2, by looking at how sobriety is so much different, and more than just “not drinking,” and we’ll more forward to that special moment when my client actually learns he or she has won, and can finally drive again.